The Biden administration is embarking on its 100-day supply chain review for strategic goods and industries. As a sign of how fundamentally attitude towards free trade has shifted in the US, the resulting policies might have more in common with the Trump administration he defeated rather than the Obama administration he served.

President Biden recently signed an executive order directing his administration to undertake a 100-day review of potential weaknesses in the US supply chain for semiconductors, pharmaceuticals, batteries for electric vehicles, and critical minerals used in various high-tech products.

The move had been anticipated, as Biden pledged during the presidential campaign to address vulnerabilities in the US supply chain that had become glaringly evident during the pandemic. Recent developments have only highlighted the urgency of the task, as a surge in demand for home electronics during the pandemic lockdown has created a chip shortage for the automotive industry that has forced a number of production facilities to idle.

The review will not be based purely on economics, however. As China has risen as a geostrategic competitor, concerns about the crucial role it plays in many critical supply chains have also risen, and one unstated but understood objective of the exercise will be to reduce dependence on China.

More broadly speaking, the review is certain to conclude what has already become apparent: that the US has grown overly reliant on foreign countries in at least some areas, and that many supply chains lack sufficient resiliency to cope with significant environmental or public health disruptions. 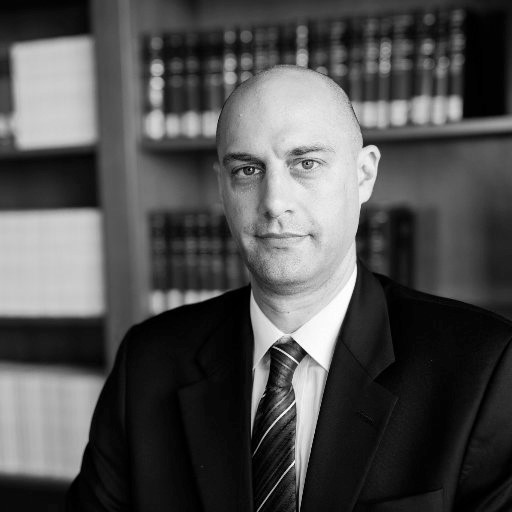 These conclusions will only reinforce Biden’s core belief that the US needs to pursue a US worker-centric approach to trade. The net result will be trade policies and domestic initiatives (such as financial incentives and procurement regulations) designed to encourage production in the US and discourage reliance on extended supply chains.

Although Biden’s election was greeted with a sigh of relief from many US trade partners who viewed four years of Trump as an assault on free trade - and hoped for a reversion to previous norms under Biden – at least some of the new president’s policies will resemble those of his predecessor. Indeed, when asked about the Trump administration’s desire to re-shore critical supply chains, Biden’s pick for US Trade Representative, Katherine Tai, told her Senate confirmation hearing that the new administration had “similar goals”.

Biden has made it clear that he will not return to the full-throttled philosophical embrace of free trade that has characterized US policy for most of the post-WWII era.  Under Republican and Democratic presidents from Truman to Obama, the US acted as the de facto leader of the multilateral trade system and propagated a pro free trade policy environment which facilitated the creation of extended global supply chains constructed almost entirely on the basis of achieving the greatest economic efficiencies.  This “economics textbook” belief in the benefits and efficiencies of trade across highly specialized, far-flung supply chains had been broadly accepted for decades but is now being questioned.

A different theory of the case has gained traction in the US. It posits that while so-called “free” trade has been a great deal for multinational corporations, Wall Street, and large financial institutions, it has been a raw deal for Main Street. The middle class and non-college educated workers in particular have been devastated by import competition and simply never recovered. Credible academic research (such as by MIT economist David Autor) demonstrated that trade displaced workers suffered from higher unemployment and lower wages for a decade or longer after the initial dislocation. It has become painfully evident that, for example, steel workers who lost their jobs to “free” trade would not be seamlessly retrained as website developers, as the economic textbooks suggested. And significant social maladies, such as opioid and alcohol addiction, rising crime and crumbling communities, were increasingly associated with trade dislocations.

The election of Donald Trump as President of the US in 2016 was both a symptom and an intensifier of this narrative – part of what Trump graphically described as “American carnage” in his inauguration speech. He went on to articulate and implement an “America First” trade policy which represented the sharpest departure from the ostensible principles of free trade since the 1930s.

Although Trump’s confrontational trade policy and use of unilateral (and frequently dubious) tariffs raised the ire of the international trade policy community, there was also widespread acknowledgment that many of his trade complaints were legitimate. A more critical eye was cast on the mistakes and incorrect assumptions that were made about trade in the past and a growing bipartisan consensus emerged in Washington that the US must fundamentally reorient its approach to trade.

President Biden’s desire for a worker-centric trade policy demonstrates that he shares this view. Instead of being driven by corporate agendas, the interests of workers will now be prioritized in trade policy. American citizens will be viewed as wage earners rather than consumers seeking the lowest possible price. In short, US trade policy will be driven by a radically different philosophy: If Americans have to pay a little more for tee shirts or microwave ovens, that’s perfectly fine, as long as it helps rebuild the middle class, puts the average US worker on a firmer financial footing, and strengthens communities.

What should we expect to see?

Biden’s disposition – and potential retention - of the significant global and bilateral tariffs put in place by Trump will only be part of the story. Before any major moves are made on trade, the Biden administration has made it clear that it intends to invest heavily in improving the competitiveness of US workers through investments in infrastructure and education. This will be combined with tax and other incentives for production in the US (such as Buy American). While tariffs might serve as a “stick” which disincentivizes overseas production, over time the more important consideration might be the various “carrots” that make it more attractive to produce in the US. This could shift at least some of the underlying calculations which previously precluded production in the US and will likely be accentuated by technological advancements in manufacturing which further favor production in the US.

At the same time though, Biden administration officials have no delusions of autarky and recognize that viable supply chains will necessarily include substantial foreign production. However, there will be a strong preference for foreign production to be brought closer to home and preferably to like-minded partners as opposed to geostrategic rivals. As a practical matter, this means that countries like Colombia or Mexico will in some cases be preferred over Asian partners for production that cannot take place in the US. We should anticipate policies to support that preference, and over time, at least potentially, an increased regionalization in supply chains.

The Biden administration has now embarked on its 100-day supply chain review. As a sign of how fundamentally the trade landscape has shifted in the US, the resulting policies might have more in common with the Trump administration he defeated rather than the Obama administration he served.