In many respects, President Biden’s trade policies naturally align with those of former President Trump and to some degree he will simply pick up from where Trump leaves off. But as a globalist and coalition builder, Biden's methods and tone will change, and with it perhaps the results. If managed well, there is an opportunity for Biden to establish a trade legacy by shifting US trade policy, reforming the multilateral system and rebalancing the relationship with China.

A shorter version of this article was originally published in the East Asia Forum.

Former President Donald Trump has changed the direction of trade discussions in the United States (US), and the impact of his term in office will continue to influence policy throughout Joe Biden’s presidency. Domestic issues, such as middle-class incomes, jobs and manufacturing, will remain at the centre of trade policymaking. In many respects, Biden’s policies naturally align with those of former President Trump and to some degree he will simply pick up from where Trump leaves off. Biden is an economic nationalist, emphasizing the need for enhanced ‘Buy American’ policies, domestic manufacturing and preparedness for future health pandemics.

Biden will, however, seek to reengage with the international community and reclaim America’s position at the top. As a Senator, Biden demonstrated his deep interest in global relations and nature as a multilateralist. Biden have reversed Trump’s decision to leave the Paris Climate Agreement and the World Health Organization within hours of taking office. Re-engagement with Iran and the nuclear agreement will be more difficult but should soon follow.

Biden is likely to view trade through the prism of foreign policy, and will review Trump’s trade measures to uncover what he believes is working and what is not – including the use of tariffs, export controls, sanctions, national security exceptions, trade remedy investigations and antagonism towards the World Trade Organization (WTO). Biden will then have to determine how to approach the prominent issues of domestic policy measures, trade agreements, WTO and China. 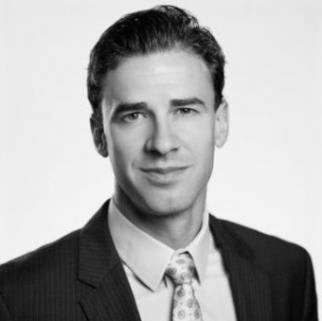 Trade is historically a combative issue in US politics, so Biden must proceed with caution and would be wise to approach the issue holistically – start with domestic policies such as innovation and tax and then link trade to the broader economic and geopolitical objectives. Trade measures alone simply cannot reshape the domestic economy, enhance US competitiveness or deliver for middle class voters. By viewing trade as part of a broader policy, Biden could gain the space needed to formulate a modern and progressive trade policy.

Biden will not immediately seek out new free trade agreement (FTA) partners. In fact, Biden’s trade policy may take some time to emerge as his nominee for US Trade Representative, Katherine Tai, could take several months to be confirmed and Trade Promotion Authority (TPA) will expire in July 2021. A larger issue is that the administration must obtain Congressional support for its trade policy ambitions. In setting out a trade policy strategy, Biden will therefore have to reach a balance between trade liberalization with domestic priorities (e.g. rolling back commitments on government procurement to implement his ‘Buy American’ strategy) and contemporary trade-related issues which interest members of Congress (including opposition to investor-state dispute settlement, digital trade, currency manipulation environment/climate change, labour and  gender). Another difficult decision will be whether to continue using unilateral trade measures, such as Section 232 of the Trade Expansion Act of 1962 (national security), against allies and trading partners.

To many commentators, one quick and easy move would be to (re)join the Comprehensive and Progressive Trans-Pacific Partnership (CPTPP), the US-led effort that former President Trump abandoned on the third day of his presidency. This would signal that the US is ready to regain its leadership role and counter the recently signed Regional Comprehensive Economic Partnership (RCEP) between ASEAN and five partner countries, including China. This is more difficult than it seems, however, as former President Barack Obama failed to garner support for the TPP from labour activists, progressives and protectionists and even Hillary Clinton, once a strong proponent of the agreement, renounced it on the campaign trail. Biden has not made re-joining the agreement a priority.

Biden could seek to create an enhanced (and renamed) agreement, thus allowing him to enter the TPP though the backdoor and allow him to cement a modern and forward-looking trade policy. In this regard, Biden could emulate Trump who criticised NAFTA but essentially rebranded it the USMCA with a limited amount of substantive changes – thereby gaining support from progressive Democrats who opposed the TPP and pro-trade Republicans. One issue could be the strong and growing protectionism among Democrats and veer away from free trade policies among Republicans – both factors may make negotiation of a mega regional FTA difficult if not impossible. Given the amount of political capital at home and abroad needed to make a deal happen, Biden may wait until a second term in office to proceed.

Turning to the WTO, it is expected that the Biden Administration will be constructive and re-engage with the multilateral trading system. Biden could seek to regain American leadership status with simple moves – starting with allowing the appointment of Ngozi Okonjo-Iweala as Director-General. Biden should also allow for appointments on the Appellate Body (AB), which has effectively been killed since the US began blocking all new appointments. The AB, which normally consists of seven members and must have three to function, will soon be left with none. While previous administrations have also expressed concern about certain AB decisions, judicial overreach and activism, Trump is the only one to choke the system. Biden could gain goodwill within the organization and initiate reform by allowing for the appointment of AB members and at the same time advancing proposals addressing US concerns and advancing liberalization which match his own domestic and global interests. The focus could be on completing niche agreements, such as on fisheries subsidies, e-commerce and environmental goods. What is worrying, however, is that discussion coming out of Washington policy circles focuses on how the US can re-engage with the WTO in order to set rules (and have others follow) – this is not the basis of a good faith negotiation and will not be a successful strategy. China will continue to feature prominently in US trade policy, with the incoming administration sharing Trump’s concerns regarding China’s use of subsidies, industrial overcapacity, state-​owned enterprises, national security and so on. Trump’s trade war with China included unilateral tariffs, bans and eventually a ‘Phase 1’ trade deal which includes purchase commitments and other areas of managed trade.

Biden will continue the tough stance but take a more multilateral approach in engaging with China. He will seek to develop a cooperative and collaborative approach with allies such as the EU and Japan on developing a new strategy for engagement. Biden will almost certainly seek to reform the rules on subsidies and other issues at the WTO in order to create what it sees as a more level playing field. If Biden can successfully navigate this process China may view the rebalancing not so much as threat but more so opportunity to buttress its position as a global leader.

In some respects, US unilateralism will continue. Biden will continue using Section 301 of the U.S. Trade Act of 1974 to target unfair trade and trade remedy measures against countries it believes are dumping goods onto the US market or illegally subsidising production. Both measures enjoy strong bipartisan support, and Biden will undoubtedly view them as key pieces of protecting and enhancing domestic manufacturing. Given that China’s Phase I purchase commitments are unrealistic, Biden may seek to reduce China’s import burden in exchange for increased commitments in areas such as intellectual property (IP), financial services, human rights and the environment. But China will not be bullied and it would be unrealistic to believe that China will shift its model of state capitalism.

Trade friction will continue throughout Biden’s presidency, and far from reverting to Obama-era policies in many respects Biden will not significantly depart from those of his immediate predecessor. But as a globalist and coalition builder the methods and tone will change, and with it perhaps the results.

The domestic economy, jobs, manufacturing, investment, Buy American and tax policies will form the centrepiece of Biden’s economic plan. At the same time, issues of labour, environment/climate change and gender will feature more prominently in the incoming regime. Despite the fact that the word “trade” does not even appear on the Biden-Harris Transition website, trade will play an important role in the success of the Biden Administration.

While the US will not immediately expand its FTA program, it will seek to re-engage with the WTO in a productive manner. It remains to be seen whether Biden will work with partners and compromise on substantive areas of WTO reform, but allowing for the appointment of a new Director-General and AB members would go a long way in proving the US is ready to return to its role of constructive leader. Likewise, the US will need to work with partners in order to effectively deal with China. Biden will be expected to also re-engage bilaterally with China and reform the Phase I trade deal negotiated by the former administration.

Trade policy under Biden will become more strategic, predictable and cooperative. This does not guarantee success, but if managed well there is an opportunity for Biden to establish a trade legacy by shifting US trade policy, reforming the multilateral system and rebalancing the relationship with China.