What Biden’s first 100 days tell us about trade 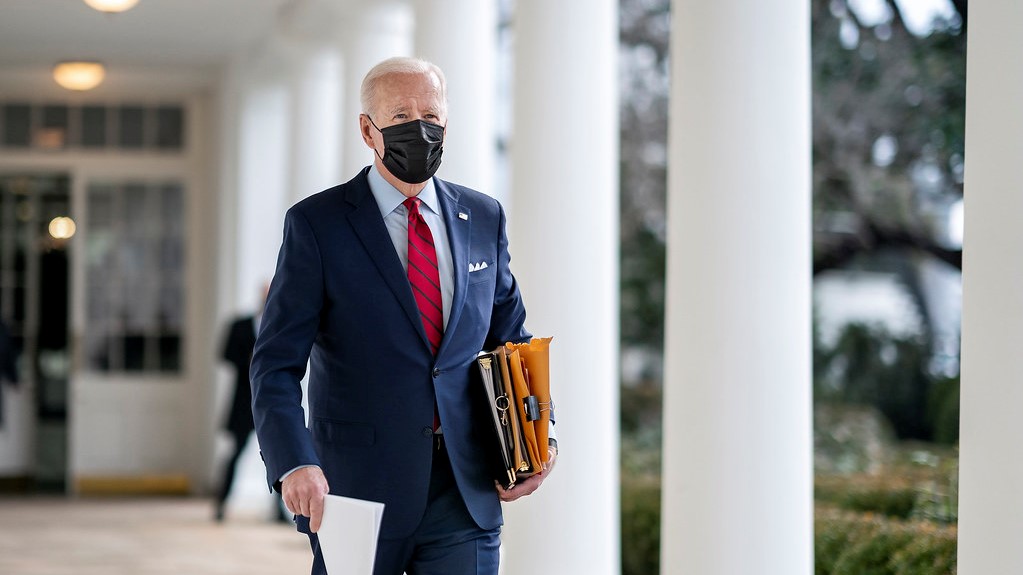 Presidential policy agendas laid out during the first 100 days in office frequently look far different by the end of the term. But based on what we have seen thus far, we have already learned four important things about how trade policy is likely to unfold at least initially under the new US administration.

With President Biden approaching the 100-day mark in office, we’ve already learned four important things about how trade policy is likely to unfold at least initially under the new US administration. While it is still early days, here’s what we know so far:

The norm-busting presidency of Donald Trump, and in particular his proclivity to run roughshod over traditional alliances and marginalize global institutions, spurred conjecture on whether US relations with the rest of the world would simply “snap back to normal” once Trump was no longer in office. Based on Biden’s first 100 days, the short answer appears to be “no”. Trump’s legacy will be enduring.

European partners, for instance, appear less willing to rally around reasserted US leadership in trade. This was evident even before Biden took office, when the EU decided to move forward on the Comprehensive Agreement on Investment with China, despite entreaties from the incoming Biden team to hold off until a more unified approach to China could jointly be developed – a sharp departure from the EU’s usual preference to coordinate closely with the US. Even Japan, one of the US’ most stalwart allies, has been uncharacteristically resistant to “encouragement” from Washington to join in imposing sanctions in response to the situation in Xinjiang.

The reluctance of traditional partners to follow the US lead reflects a sober assessment that far from being a historical aberration, Trumpism – and perhaps even Trump himself – could return to the White House as early as 2024. According to this perspective, why invest once again in US leadership when the rug could be pulled out again in a few short years? This skepticism about the US has already begun to undermine Biden’s ability to galvanize coordinated trade action as the US has done in the past.

2. No revival of big trade deals, but sectoral agreements are likely Donald Trump withdrew the US from the (then) TPP (Trans-Pacific Partnership) – which was negotiated but not approved under the Obama administration – on his first full day in office. He is therefore either credited or faulted (depending on one’s perspective) with “killing” the TPP. Such a formulation overlooks the simple reality that Hillary Clinton, his opponent in 2016, had also committed to pulling the US out of TPP, meaning that irrespective of the outcome of the election, the demise of the TPP was already a foregone conclusion. Clinton had initially been a vociferous promoter of TPP when she served as Obama’s Secretary of State. Her dramatic reversal in position demonstrates how steeply the appeal of FTAs – both in terms of perceived economic benefits and political viability – has declined within both parties in Washington.

Biden’s tepid enthusiasm for big trade deals has already been made clear. The new administration’s 2021 Trade Policy Agenda, reported to Congress last month, did not call for an extension of Trade Promotion Authority (TPA) which is currently scheduled to expire in July. TPA provides for a straight up or down vote in Congress on trade deals and is generally regarded as a prerequisite for securing passage of any full-scale free trade agreement. President Biden’s ambivalence towards TPA renewal is a telling gauge of his lack of interest in pursuing FTAs. A rapid return to the reformulated CPTPP or a quick FTA with the UK are therefore not going to happen.

The absence of big, full-blown free trade agreements does not mean however that trade negotiators will be idle. Smaller, sectoral deals aimed at addressing specific areas of concern are likely. The US and Japan, for instance, are working towards an agreement on semiconductor supply chains. Expect to see the sectoral model repeated, with digital trade likely to be a top priority. 3. There will be a fair amount of continuity

One aspect of Trump’s trade legacy that the Biden administration is unapologetically embracing is the use of tariffs and the imposition of technology restrictions designed to blunt China’s pursuit of technological superiority through the use of predatory tactics.

In her first major media interview, Biden’s trade representative Katherine Tai expressed comfort with maintaining the Trump tariffs, saying “no negotiator walks away from leverage, right?” And Commerce Secretary Raimondo, when questioned about her view on the global steel and aluminum tariffs applied under Trump commented, “those tariffs have worked”. Raimondo had previously stated her desire to maintain Trump administration restrictions on Huawei and more recently she announced that the Commerce Department had added seven Chinese supercomputing companies to the restrictive “entities list”. And there has been no indication from anywhere in the administration that the US is weighing any dramatic shifts on the policy of blocking appointment of WTO Appellate Body judges, a move which has effectively derailed the dispute settlement mechanism.

These comments, actions, and inactions represent a tacit endorsement of some of the most consequential – and controversial – policies pursued by the previous administration. While the Biden team is conducting a thorough review of Trump’s trade actions, it’s already clear that there will be a high degree of continuity.

The pre-election judgment of US intelligence services was that Beijing preferred a Biden victory, anticipating that the Democratic challenger would pursue a somewhat less hardline stance. But Biden’s first 100 days suggest that any such optimism on the part of China was sorely misplaced. The fireworks witnessed at the start of the bilateral meeting in Alaska illustrated that Biden is not only comfortable with the confrontational approach taken by Trump, he also intends to turn up the heat on China’s human rights practices, opening up an entirely new front in the so-called trade war.

Presidential policy agendas laid out during the first 100 days in office frequently look far different by the end of the term, owing to the intrusion of unforeseen events, changed political fortunes as a result of mid-term Congressional elections, and the achievement (or decisive failure) of initial priorities. But based on what we’ve seen thus far, here’s what we can expect in trade policy over the next 12-18 months: a fair amount of continuity with the previous administration, especially with regard to China, tariffs, and tech policy, no major new trade deals, and an improved cooperative relationship with the EU and Asian allies, but one which falls considerably short of the hoped-for united front, as traditional partners view the US with far more skeptical eyes.