Techno-nationalism is driving US-China decoupling in innovation. The US-China hybrid cold war is spreading into places once thought to be detached from geopolitics. Academic institutions are the new ground-zero.

This article was first published in The Diplomat.

The US-China hybrid cold war is spreading into places once thought to be detached from geopolitics.

In the technology space, there has been a steady progression of export controls on tangible, hard technology, followed by restrictions on data access and usage, and, most recently, new controls are emerging that will impede the free movement and development of human capital.

All of these restrictions will accelerate decoupling from Chinese supply chains, digital platforms, and knowledge networks. But the latest restrictions on human capital — especially as they relate to collaborative, knowledge intensive activities — will change the way global universities and centers of innovation can operate.

The overarching force behind all of this is techno-nationalism: a mercantilist behavior that links a nation’s tech capabilities and enterprise with issues of national security, economic prosperity, and social stability.

Going forward, techno-nationalism will impact the academic and innovation landscape in three ways.

Second, an expanding web of export controls and restrictions will place more and more pressure on institutions to comply with increasingly onerous regulations.

These are necessary responses to decades of Beijing’s innovation-mercantilism, and the role that China’s state apparatus has played in the methodical targeting of strategic IP, technology, and human capital at the world’s top universities.

This article explores these themes in greater detail, outlining how techno-nationalism will impact Sino-US cooperation in tech and technology development overall.

Human capital as a strategic asset

A microcosm of this competitive landscape has been playing out in the semiconductor sector, where, recently, two Chinese government-backed companies, Quanxin Integrated Circuit Manufacturing (QXIC), and Wuhan Hongxin Semiconductor Manufacturing Co. (HSMC), used attractive financial incentives paid for with state subsidies to hire 100 engineers away from Taiwan’s TSMC, the world’s leading contract chip maker. It is estimated that the Made in China 2025 initiative alone has attracted some 3,000 Taiwanese engineers to the mainland.

These efforts reflect Beijing’s urgent need to further its manufacturing capability in semiconductors — an area where it lags behind American, Japanese, South Korean, and Taiwanese companies.

The Taiwanese government, meanwhile, is looking at ways to subsidize salaries at local firms in order to match lucrative packages being offered by Chinese state-owned enterprises (SOEs), as well as implement non-compete restrictions on Taiwanese engineers moving to mainland companies.

Academic institutions are the new ground-zero

Techno-nationalism will affect the majority of the world’s leading universities and research institutions, most of which reside in the United States, Europe and within other liberal democracies. Beijing has made it a priority to maximize its access to these institutions so it can tap into the world’s best subject matter experts, R&D networks, and innovation communities.

Consequently, policymakers are taking actions to make it difficult for perceived hostile actors to exploit the openness of educational systems — while simultaneously trying to avoid inflicting collateral damage on human capital pipelines, which, from a techno-nationalist perspective, provide a net positive.

In June 2020, the United States blacklisted several of China’s premier universities, including the Harbin Institute of Technology (HIT), which has been referred to as the “MIT of China”. The effects of restricted entity status were felt immediately: HIT faculty and students no longer had access to critical simulation and research software from the US, such as MATLAB, which is used extensively in R&D programs around the world.

Other ramifications included the severing of exchange programs between HIT and the University of Arizona and the University of California, Berkeley. More broadly, the placement of HIT on the restricted entity list exposes other Chinese academic institutions that are part of a wider network of research being funded by both the Chinese Communist Party (CCP) and China’s People’s Liberation Army (PLA). This “civil-military” fusion of activities at Chinese academic institutions increases the possibility that more will end up on Washington’s restricted entity list.

One of China’s flagship academic institutions, Tsinghua University, plays a central role in China’s state-funded semiconductor research and works closely with Chinese SOEs. Should it be targeted with US sanctions, there would be immediate ramifications for a number of the world’s top universities, many of which have collaborative partnerships and exchanges with Tsinghua.

Meanwhile, India, the world’s largest democracy, is looking to capitalize on US-China decoupling by investing in US-India education links. Thus, even as the pipeline of STEM Chinese academics and students might decrease in the United States, India’s techno-nationalist vision involves attracting American universities to India, which would have the effect of creating more homegrown human capital, while balancing the two-way innovation pipeline with the US.

China’s Thousand Talents Program targets high-level scientists and other experts from overseas. It offers significant financial support to relocate to China for conducting research in high-tech industries and technologies of the future, and for participating in China’s major scientific programs in support of China’s high-tech development plans, such as Made in China 2025. The program has been instrumental in giving Beijing instant access to R&D, strategic IP, and talent pools that have taken years to develop at US and European institutions.

To many China observers, therefore, the Thousand Talents Program is linked to Beijing’s alleged hybrid IP acquisition efforts, which include the use of rewards, deception, coercion, and outright theft.

These suspicions have been compounded by China’s National Intelligence Law, which requires Chinese citizens and organizations to render assistance to the state security and intelligence organizations, when asked. Thus – whether justifiable or not – Chinese academics and students working and studying on foreign campuses have fallen under increased suspicion.

In January 2020, Charles Lieber, a Harvard University nano-scientist and former chair of the Chemistry and Chemical Biology Department, was arrested on charges that he failed to declare his ties to China’s Thousand Talents Program.

At the time of Lieber’s case, a Chinese graduate student, Yanqing Ye, was also arrested for failing to disclose she was a lieutenant in the PLA when she gained a non-immigrant visa to conduct studies at Boston University, in the Department of Physics, Chemistry, and Biomedical Engineering. Ye is accused of spying for the PLA. Devices seized from her showed she accessed US military websites, researched US military projects, and compiled information for the PLA on two US citizens with expertise in robotics and computer science, according to federal documents.

Other incidents similar to these underscore the challenges facing both academic institutions and public officials as they adjust to the US-China technology cold war.

More broadly, growing calls to ban China’s Confucius Institutes from Western college campuses, on the grounds that Beijing has used them for influence campaigns and to monitor overseas Chinese students, also added to decoupling pressures.

In the future, US export controls will become more invasive at the world’s leading academic institutions. They will have to adjust to an expanding set of rules and compliance standards, such as:

Failure to adhere to these rules could see fines and penalties meted out to universities and research institutions for the first time, on a scale previously reserved for oil companies and large banks.

Many of these rules fly in the face of what an open, democratic learning environment should represent. Yet China’s decades-long techno-nationalist agenda and its system of innovation-mercantilism have put Beijing in the role of spoiler. In many ways, the challenges that the CCP has visited upon the global academic community represent the same dilemma that its state-centric economic model has created for the world’s multilateral organizations: The existing rules and norms were designed to operate around values of transparency and reciprocity, not to accommodate predatory behavior.

The next phase of techno-nationalism will create tensions between government policies and the operating practices of open academic environments in the United States, Europe, and beyond.

To remain vibrant places of learning, therefore, these institutions must begin to implement risk-management measures that properly address the complexities of techno-nationalism and the US-China technology race.

The academic community will need to work in partnership with policymakers and law enforcement agencies to address the challenges of US-China techno-nationalism. This includes implementing rule frameworks and governance practices that are likely to turn the academic community into a highly regulated industry in the services sector.

Conflict of Interest audits – conducted by third parties – and due diligence practices similar to “know your customer” (KYC) standards in the banking industry will become a necessity. These audits will apply to faculty and graduate students conducting applied and specialized research.

Academic and research institutions will see the increased enforcement of “research integrity” standards and penalties for violators (including faculty, students, and entire academic institutions) for failure to disclose ties with Chinese institutions and programs.

Full disclosure and transparency standards will also come into force, which will also be audited and enforced by independent, certified third-parties, as required, between reciprocal and collaborative academic institutions.

As the US-China technology cold war intensifies, academic and research institutions around the world will have to learn to adjust. In many instances, however, given the choice between implementing complex and increasingly risky compliance processes and simply decoupling from Chinese partnerships, many institutions will choose the latter. 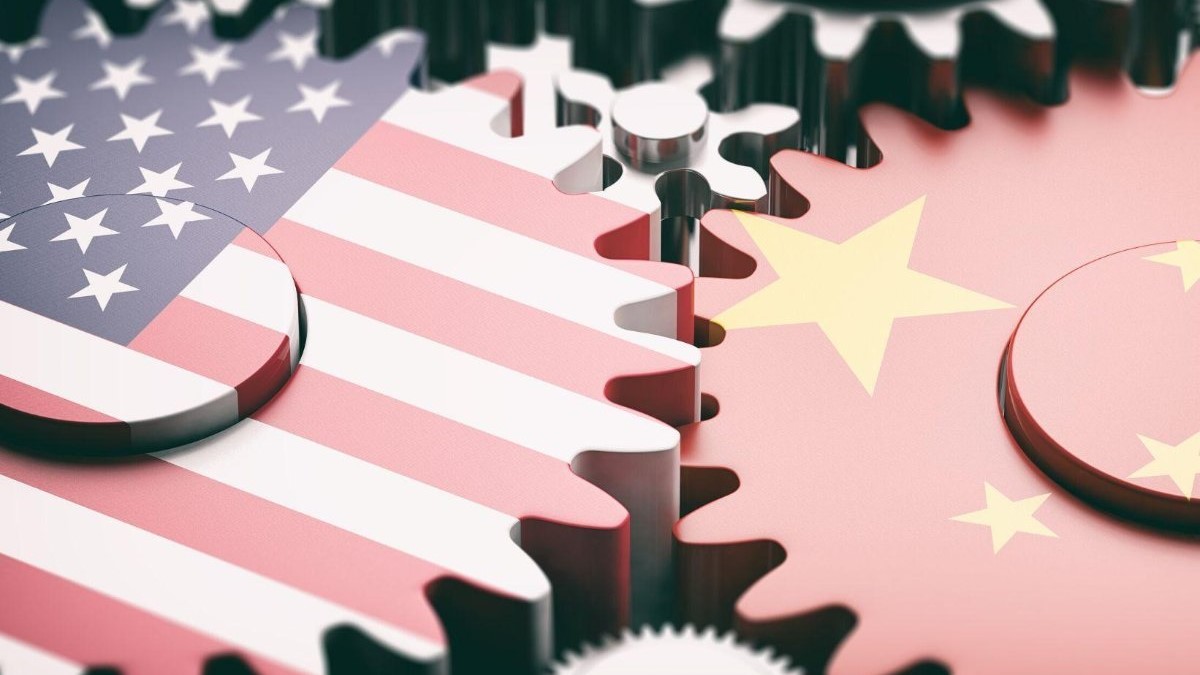 US-China decoupling: How far could it go?