The Fifth Plenum communique outlined a clear shift in domestic and international priorities, with an unprecedented pivot to national security, technological independence, and reforming global governance and trade. The intent is to transform the country into an advanced economy with greater capacity to defend its overseas interests and trade by 2035.

As expected, Beijing committed to doubling China’s real GDP and income per capita by 2035 relative to 2020 levels in order to achieve middle-income advanced economy status. This suggests targeted average annual real GDP growth of 4.6% for the next 15 years. We expect the target range for 2021-2025 to be somewhere between 5%-5.5%. Additionally, raising real GDP per capita to middle-income advanced economy levels means doubling China’s current real GDP per capita from USD today to USD20,000 by 2035. This implies a long-term bias for a stronger RMB against the dollar.

Beneath these growth rates, significant changes are expected in terms of the composition of GDP. “Domestic circulation” will focus on import substitution in tech, supply chain upgrades, an “energy revolution” and food security. This will all require substantial investment in domestic supply capacity in certain upstream sectors. This represents the next wave of “supply side reforms”, the details of which will only be forthcoming at the Central Economic Work Conference in December. Additionally, “rural revitalization” and “new urbanization” will be important investing themes for the next five years. Policy implementation here will require continuous investment in infrastructure and emphasis on income and wealth redistribution.

Although just hints at this point, the communique did identify areas of secular and sectoral emphasis. These include agriculture, national defense, and supply chains set for major “import substitution” and “new urbanization”. This points to potential shifts in terms of the balance of market cap in onshore equity markets in China, away from traditional manufacturing, financials and probably property more towards higher-end manufacturing, everything tech and even agriculture.

On the external front, the Plenum also confirmed that Beijing will become more assertive in reshaping global governance and trade, premised on the further relative decline of US influence. This will be mirrored by a much greater emphasis on military build-up and “civilian-military integration” in the coming years.

The section in the communique assessing external challenges emphasized “the relative strength of global power has shifted”. In the broader context of “global changes not seen in a hundred years”, this refers to a judgement about the declining global influence of the United States. Beijing will adopt a more aggressive foreign policy and compete for economic and military influence overseas in the next five years to capitalize on this shift. It said, “Beijing should actively participate in reforms to the existing global governance system”. Put another way, Beijing will no longer be content to support the existing global superstructure and will be more active in seeking changes suited to its interests. This includes multilateral organizations, such as the WTO and World Bank.

Interestingly, Beijing has recently appointed several senior local officials as ambassadors to some key Belt and Road countries, including a mayor from Shandong province being appointed as ambassador to Ethiopia and a senior official from Guangxi province being assigned as ambassador to Pakistan. It represents a major change from the old exclusive diplomatic system. Beijing has always viewed professional diplomats as lacking an understanding of the Chinese growth model and local governance, so appointing officials with local roots is indicative of stricter loyalty requirements and an increasing desire to export its regional development and governance model to BRI countries.

About the author and PRC Macro

Dr. Song Gao is the CO-CEO and Head of Research for PRC Macro. PRC Macro is a Beijing and US-based economic advisory firm. It was established to develop economic information and forecasting services to fill the large analytical gaps that exist with respect to China’s political economy. Contact them for information about their research.

Dr. Song Gao is the CO-CEO and Head of Research for PRC Macro, a public policy organization based in China. Previously, he served as China Country Representative and Principal Analyst for the Observatory Group (Washington, DC). 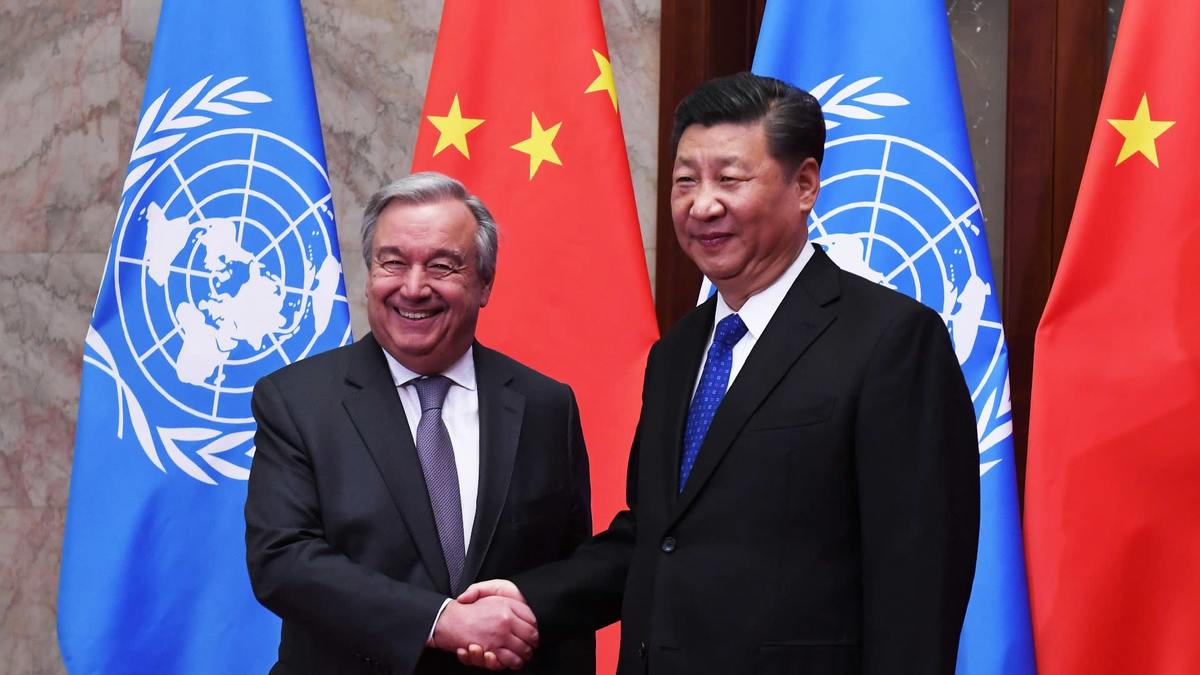