Three questions that will shape trade in 2023 From growing concerns over China's impact to the spilling over of climate policy into the trade realm, a fundamental remake of the trade landscape not experienced in decades is now unfolding. Three questions will drive trade in 2023.

At the start of what promises to be another tumultuous year in international trade, let’s be honest about how much we don’t know. Several underlying tectonic plates have only just begun to rumble and shift. They will fundamentally remake the trade landscape to an extent not experienced in decades, in ways that cannot be fully foreseen today.

Consider the shockwaves currently reverberating through the system: The benign and welcoming attitude towards China’s initial entry into the global trade system is being replaced by growing concerns over China’s impact and intentions. Faith in “free” trade has been battered by the undesirable social and economic outcomes that have accompanied the benefits it has produced. This trend has been exacerbated by acute trade vulnerabilities revealed through the pandemic and the war in Ukraine.

Intensifying geopolitical rivalries mean that trade is no longer just about trade. It will be shaped, and in many instances constrained, by geopolitical considerations. The central role technology plays in both economic and military preeminence creates a rationale for expanding layers of trade and investment restriction. The US embrace of industrial policy will tilt investment and production decisions in ways that will likely hurt partners. The need to address climate change is already messily spilling over into the trade realm and the term “climate tariffs” has now entered the trade lexicon. At a time when global trade governance has never been more important, the system is barely functional. 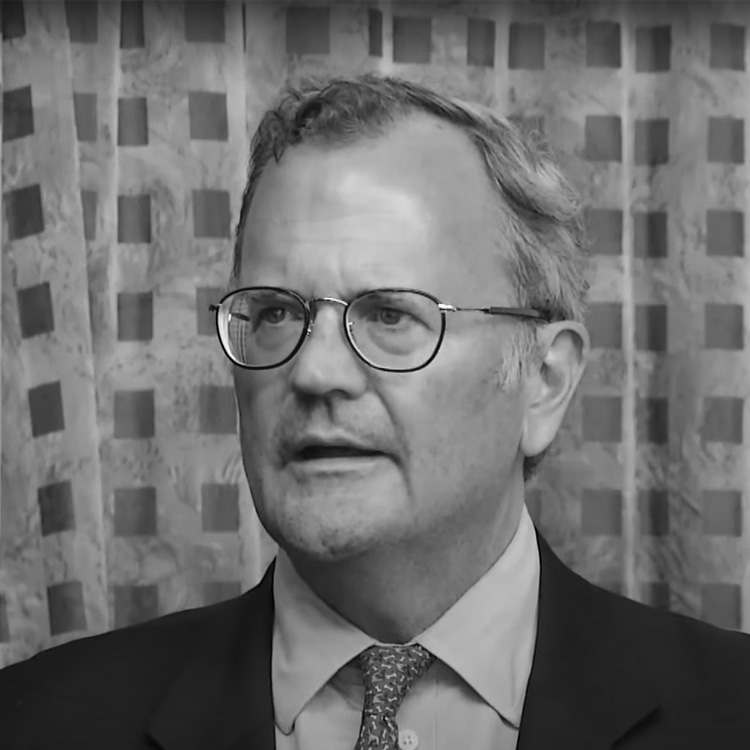 In the new era now unfolding, trade outcomes will be increasingly shaped by government interventions, principally in the form of trade restrictions, subsidization, exclusionary preferential trade blocs, and a playing field tilted in favor of domestic production.

Trade rules and previous norms of “good” behavior will be observed only when convenient. The post-war spirit of cooperation in trade and commitment to the commonweal has largely collapsed, increasingly replaced by unapologetic domestic-centric trade policies pursued irrespective of collateral damage on partners or the wider system

Authors and analysts can sometimes be overly eager to coin clever catchphrases to characterize their interpretation of the current state of affairs. Deglobalization, slowbalization, glocalization, reglobalization, and numerous others have all been bandied about as the catchphrase du jour. These efforts are unhelpful for several reasons. They draw unwarranted and premature conclusions, wildly over-simplify complex realities, and frequently sow confusion as a result of differing interpretations over exactly what they are intended to mean.

Skip the trite phrases that purport to “explain” what’s next. Focus instead on understanding the nuanced and sometimes contradictory drivers that will shape the trajectory of trade. While the precise outcomes are unknowable, here are three questions that will drive trade in 2023:

1. What is China’s assessment of the new chessboard?

After four years of Donald Trump’s bombastic, “bull-in-the-China-shop” trade policy, the election of Joe Biden brought initial hopes for a cooling of combative US-China trade relations. Instead, Biden has maintained, if not defended, almost all of Trump’s punitive trade actions and significantly ratcheted up restrictions on China’s access to cutting-edge US technologies. Any pretense of welcoming China’s rise has faded, replaced by a US National Security Strategy that plainly states: “We will prioritize maintaining an enduring competitive edge over the PRC”. This shift from Clintonian exuberance over China’s economic development presents the Chinese Communist Party (CCP) with a fundamentally different strategic chessboard to interpret and navigate.

President Xi Jinping has made clear that the era of “hiding power” and “biding time” is over. China will reassert its historical primacy and move to the center of the global stage. In speech after speech, President Xi has repeated that the world is experiencing “changes unseen in 100 years” and the “East is rising, and the West is declining”. Given this worldview, Beijing is unlikely to cheerfully accept US attempts to permanently freeze China in second place in the technology race.

There are several areas where China enjoys leverage: Rare earths, a huge stockpile of US Treasury holdings, a dominant position in the production of basic pharmaceutical materials, and a consumer market that scores of US multinational corporations – along with US stock markets – rely upon for profitability. The trick is to find ways to exploit these points of leverage without causing equal if not greater damage to China’s interests. It will not be easy and viable options are limited.

Historical analogies are dubious at best, often straining to find similarities that don’t exist or drawing “lessons” from past experiences with only limited salience for current day events. It would therefore be entirely premature and unnecessarily alarmist to even hint at any potential parallels between tightening US technology restrictions on China and the stranglehold the US placed on Japan’s access to oil in the years preceding the attack on Pearl Harbor. But it would likewise be reckless not to make very sober-minded assessments on the range of strategic responses China might consider.

2. Is ASEAN ready for prime time?

Many of the most important crosscurrents buffeting the global trade landscape are prominently playing out across the ten member nations of ASEAN (the Association of Southeast Asian Nations). The US-China strategic competition is being conducted by proxy throughout the region, with each side jockeying for position, eager to demonstrate that they are the most desirable economic and strategic partner.

The US has come late to the party, as China long ago displaced the US as the leading trade and investment partner for most in the region. Unease with China’s heavy-handedness, however, and a desire to see the two giants counterbalance each other means that the door remains open for the US. The Indo-Pacific Economic Framework (IPEF) is the Biden administration’s most important regional gambit, but at this stage it is unclear whether it will be a groundbreaking new template that puts the US “back in the game” or a colossal flop that highlights and hastens declining US relevance. The role played by ASEAN participants and the negotiating strategies they pursue will go a long way towards determining which outcome will materialize.

Digital trade is another area where ASEAN is poised to play a pivotal role. Greater digital interoperability and more coherent digital trade rules would help the SMEs that predominate the region become global players capable of reaping global profits. Sealing digital deals that accomplish that goal is therefore an important priority, but one that will not be easily accomplished. While there is widespread support within the region for “nuts and bolts” issues such as facilitating acceptance of electronic signatures, perspectives vary widely on more controversial issues such as local data storage requirements. Indeed, the region is home to some of the most open and most restrictive digital trade regimes. The policies and positions ultimately taken by ASEAN members (individually or collectively) will shape digital issues being negotiated across multiple forums, including the WTO (World Trade Organization), the IPEF, and an expanding DEPA (Digital Economy Partnership Agreement).

The trade and economic relevance of ASEAN is unquestionable. But internecine squabbling has often hobbled unified and effective ASEAN-wide action. Indonesia’s deft handling of the politically fraught G-20 in Bali suggests however that at least some ASEAN members are poised to assert themselves and play a bigger role. If so, the question “what does ASEAN think?” will be posed more frequently in 2023.

3. Can the US and the EU save their marriage?

The US and the EU need strategic coherence and policy cooperation on a host of trade issues, yet the relationship has been badly strained by nettlesome disputes and differing strategic assessments.

The EU still clings to hope that the WTO can be revived and play a central role in restoring trade stability, while the US has more or less moved on. US officials continue to say all the right things about their belief in the organization, while simultaneously ignoring unfavorable rulings and demonstrating that resolving the Appellate Body impasse is less than a top priority. This divergence in viewpoints on global trade governance is both a practical and philosophical impediment to achieving greater trans-Atlantic cohesiveness.

The EU has been deeply distressed by the Biden administration’s US worker-centric trade policy, which from Brussel’s perspective appears to be only a slightly more polite version of the Trump administration’s “America First” approach. The preferences for US produced electric vehicles contained in the Inflation Reduction Act is just the most recent example. It’s also worth remembering that the long-running Boeing-Airbus dispute has not been resolved, it has merely been suspended for five years. And the Biden administration’s foray into industrial policy, including massive levels of subsidization to the semiconductor industry, has raised alarmed bells.

The US, for its part, is frustrated by what it sees as the EU’s failure to recognize the magnitude of the threat posed by China, and the need to more aggressively confront China’s policies. The EU has steadfastly professed its desire to chart its own course when it comes to China, rather than simply falling into lockstep.

The ability – or inability – of the US and the EU to move past their differences and form a united front on key issues will be an important factor shaping the global trade landscape in 2023.