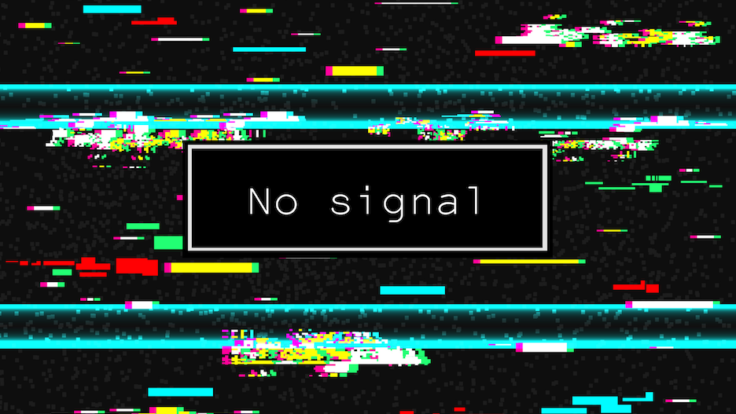 Online censorship can take many forms. With over four billion global Internet users in 2019, the lines around how we express ourselves online are being drawn and redrawn around the world.

In Europe, democratic governments are considering bans on so-called fake news and fines on social media companies that fail to delete “harmful” content. In the United States, tech companies are under fire for under- or overdoing their monitoring and expunging of material on their platforms that may be “extremist,” “hateful,” or merely repugnant or wrong-headed to some. Although free and open speech is fundamental to any democracy, US culture is growing ever more hostile to dissenting opinions or genuine debate. The “cancel culture” is a harmful form of societal censorship.

When it comes to systemic state-sponsored censorship, North Korea, China, Russia, and Iran impose the harshest restrictions on Internet use by citizens and companies. Censorship is a tool of state control over the populace in those countries.

In China, political dissent or criticism of the Chinese Communist Party is punished, independent bloggers silenced, credentialed journalists from international publications denied access, and scholars made to fall in line with party views. But it isn’t only political speech that is banned or filtered. China maintains a system of surveillance and blocking technologies that comprise the “Great Firewall” between its citizens and many of the world’s largest commercial websites. The Senate recently held a hearing to discuss censorship of foreign companies in China as well as the government’s use of market power to extend the reach of censorship beyond its borders.

China’s State Internet Information Office appears to spearhead the monitoring and filtering of Internet traffic into and within China, but the endeavor is so extensive that as many as twelve other agencies comprise China’s censorship apparatus. The government exercises control over information technology infrastructure and deploys sophisticated software to scrub, deflect or block content and sites it deems illegal. China’s telecommunications companies, including China Telecom, China Unicom and China Mobile are enlisted to carry out and enforce state censorship measures, as are Baidu, Alibaba and Tencent, China’s main Internet platforms. Controlling much of the allowable content in China, these companies maintain strict filters – censoring themselves and their users – to comply with government requirements.

Content deemed illegal is required to be removed or sites are blocked altogether. The US Trade Representative’s 2019 Report to Congress on China’s WTO Compliance cites industry calculations that “China currently blocks more than 10,000 sites, affecting billions of dollars in business, including communications, networking, app stores, news, and other sites.” Blocked sites include Dropbox, Facebook, Instagram, YouTube, Google search and Gmail, and foreign news services such as The Guardian and the Wall Street Journal. Services required for day-to-day business operations such as cloud storage are restricted to service portals approved by the Ministry of Industry and Information Technology, not privately-owned or controlled channels where the government could lose visibility and access to the data transmitted.

Corporate choices and the cost of censorship

In 2010, Google famously defied the Chinese government’s requirements to filter the content returned by its search algorithm. When Google redirected its users to its uncensored Hong Kong site, the Chinese government blocked it. Taking it a step further, the government throttled Google’s services, degrading them to the point where users become inclined to abandon the service, causing Google to lose substantial market share and withdraw from China. Washington DC-based think tank Information Technologies and Innovation Foundation (ITIF) estimates Google lost US$32.5 billion in potential search revenue from 2013 to 2019. Eventually, Google began developing Dragonfly, a search engine designed to comply with China’s censorship requirements.

Other US companies have contorted themselves to avoid censorship. US-headquartered Marriott International apologized for listing Taiwan as a separate country after Chinese authorities shut down its website. International airlines fell in line too, changing their websites to refer to Taiwan as part of China under threat they would be banned from operating in China.

The Chinese government is also becoming more brazen about leveraging its market power to ensure foreign corporations and their employees avoid criticizing its policies outside of China. We are all familiar with the NBA’s backpedaling after initially supporting its employees’ right to exercise free speech in the United States in expressing support for Hong Kong. Increasingly, foreign firms will face a choice between protecting their right and the rights of their employees to freedom of expression or protecting their business dealings in China.

Not just a China problem

According to an analysis from Google, more than 40 governments now engage in broad-scale restrictions of online information, “a tenfold increase from just a decade ago.” Among the examples cited, YouTube has been blocked in Turkey. Several countries in Eastern Europe interfere with the popular blogging service, LiveJournal. Guatemala suppressed WordPress blogs during its 2009 political crisis. Iran stifles dissent by blocking social media platforms. Vietnam actively filters political content from social media. Within the trade community, voices are growing louder that China’s Internet controls constitute a barrier to market access and are therefore a violation of China’s global trade obligations.

Foreign companies and industry have argued that China’s censorship measures are not even-handed; they are applied to non-Chinese products or service providers selectively and in ways that are more restrictive than those applied to domestic providers. They point to examples of similar content that draws a permanent ban of a foreign site whereas the domestic site is merely required to remove specific content.

The Chinese government’s guidelines for permissible or illegal content are vague, unpublished and not transparent. The criteria for IP addresses, domains and website addresses that are permanently or routinely blocked are a state secret. Foreign companies operating in China or seeking to export to China have no way to understand the basis or seek redress for limitation on their access to the Chinese market.

Weakening foreign industry’s case, however, is their acknowledgement that the market access commitments many WTO members have undertaken may not apply to all Internet trade. In the WTO agreement on services, a member’s commitments to national treatment and market access apply only to services specifically listed by members in their schedules. When the agreement was negotiated, many of today’s value-added Internet services did not exist.

The WTO agreements covering trade in goods and services permit measures “necessary to protect public morals,” to maintain public order or to protect national security, with the limitation that those measures should not be applied in a manner that would constitute a means of arbitrary or unjustifiable discrimination or “a disguised restriction on international trade.” Legal experts debate whether a WTO suit against China’s censorship is winnable, and China experts are dubious whether China would comply regardless.

Global trade rules and institutions are inadequate to alter China's approach or mitigate the global impacts of China's censorship.

China’s policy footing is unabashedly oriented to exercise absolute control over access to Internet content and services within its own borders. Centrally, the Chinese Communist Party will thwart communication it perceives “subverts state power or undermines national unity.”

The question is, how far will the government go to exercise influence over international norms for cyber governance? And how much state support will be thrown behind freeing itself from dependence on foreign technologies and services to become a global cyber superpower? Is censorship being used to lock foreign competitors out of China’s market to protect local competitors? How far will China go to censor communication it perceives as a threat outside China?

The apps we use that are created by mainland Chinese companies likely contain code to scan and block prohibited websites or language the Chinese government finds objectionable. But beyond sanitizing content, the government may specifically target sites for censorship outside of China.

The Chinese government recently disabled a social media platform in Hong Kong that was used to organize anti-China protests. Its actions may portend a broader approach to Internet censorship in Hong Kong which, according to the Hong Kong Internet Service Providers Association is home to more than 100 data centers operated by local and international companies that transit over 80% of web traffic for mainland China.

The nexus of censorship and trade

Government measures to disrupt Internet access or prevent the dissemination of information online are generally considered to infringe upon the basic human right to freedom of expression. Now, industry actors along with open Internet advocates are leading the charge to consider censorship antithetical to the global trading system. At the center of the debate is China, the country with the most extensive censorship program in the world and which holds significant market power in the global economy.

The implications of commercial censorship run the gamut, from stifling key sales channels for exporters to China, to limiting or prohibiting foreign companies from providing Internet services in China, to extraterritorial censorship of overseas Internet sites and services. At a recent hearing on censorship and trade, Senator Bob Casey (D-PA) stated, “The actions undertaken by China are clearly insidious and counter to the necessary conditions of a fair global economic system.” That may be so, but global trade rules and institutions as they exist today are inadequate to alter China’s approach or mitigate the global impacts of China’s censorship.