China’s threat to US intellectual property 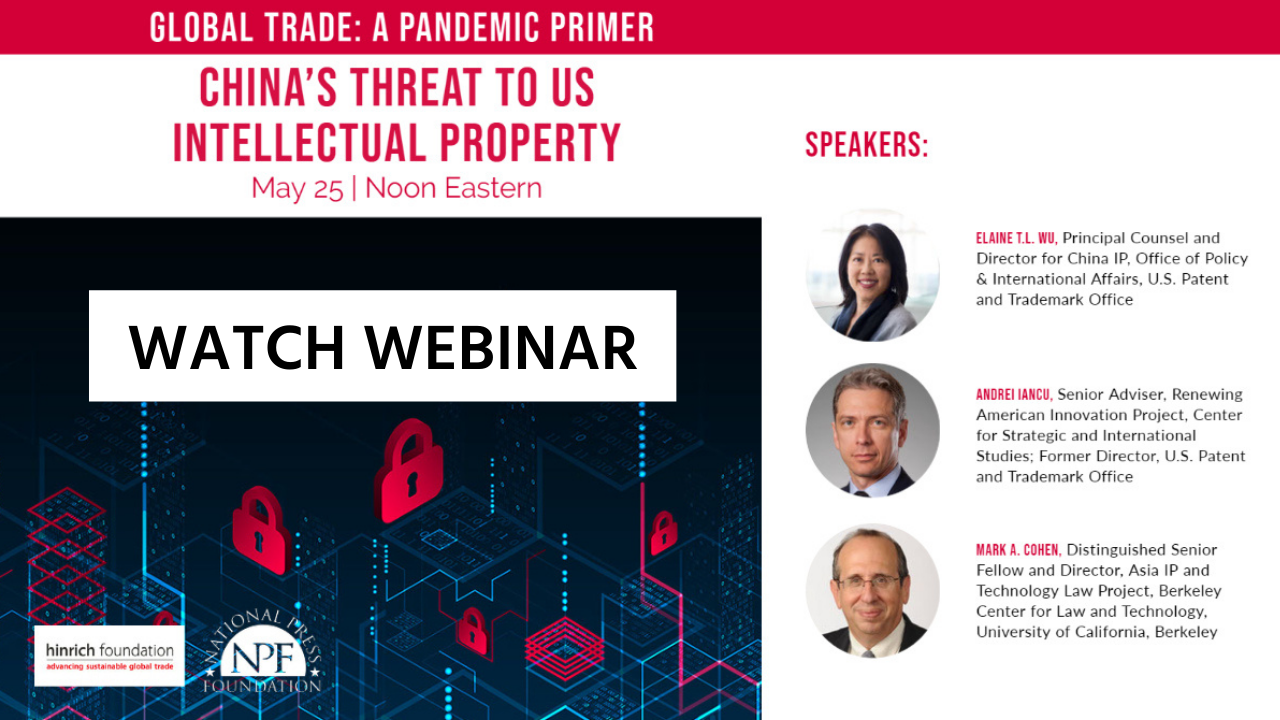 Intellectual property (IP) theft has been one of the most contentious issues in the US-China trade spat. What implications do IP theft have for national security and business operations? What do journalists need to be aware of when reporting on IP issues? In response to the US-China Phase One Agreement, what steps have China taken to better protect IP of foreign companies?

In this seventh installment of the Hinrich Foundation-sponsored National Press Foundation series on global trade, three IP experts were invited to share their insights on the issue of China's threat to American intellectual property. Read a summary of the five key takeaways: