Corruption is a costly “hidden” tariff 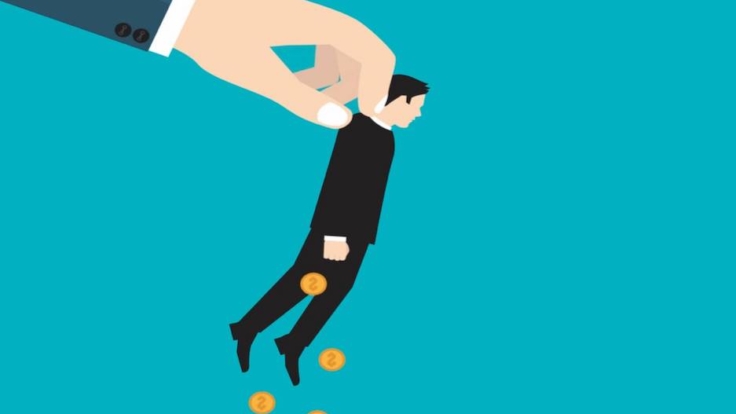 Corruption is one of the most costly non-tariff barriers in global trade. The trouble is, there is no one-size-fits-all solution.

Tariffs, quotas and sanctions are all overt hurdles to free trade that increase the costs of commercial exchanges or even prohibit them. But not all barriers to trade are written down in law or even apparent on the surface. Some lurk in the form of money changing hands under the table.

The Organisation for Economic Co-operation and Development (OECD) in a recent report identified corruption as one of the most costly non-tariff barriers in global trade, particularly for low and low-middle income countries. Acting as a “hidden tariff,” a lack of integrity in trade can be just as damaging to trade relations as any legalized restriction.

Corruption wreaks direct costs such as skimmed revenue and outright theft, but can also create health and safety risks as officials look the other way on dangerous cargo. At the firm level, the OECD estimates informal payments and corruption add a “tax” of anywhere from five to ten percent of the value of company sales in markets where corruption is normalized. Combined, these effects will damage countries’ economic welfare over the long run.

Burdensome regulations and opaque bureaucracy often go hand in hand. The more complex regulation is, the greater the cost of compliance, and the more attractive bribery becomes as an end run around the bureaucracy and the easier corruption is to hide. When governments maintain quotas and other quantitative restrictions, administrative procedures to allocate them also create opportunities for mischief.

Corruption in trade is damaging to business in a number of ways. The added costs consume resources that could be spent bringing down prices or improving quality. Corruption also distorts private sector competition – firms that do best are the ones that can best work the corrupt system, not necessarily the ones that provide the most value. Companies unwilling or unable to engage in corruption are limited or barred from providing their goods and services in that economy.

High levels of corruption also make international firms unwilling to invest due to the added risks. Local citizens, particularly those in emerging economies, feel this damage through a lack of access to affordable, quality products, reduced job opportunities, and insufficient allocation of government resources to public services due to missing tax revenue.

Greasing wheels at the borders

The World Bank estimates that corruption generates losses of about US$2 billion each year in lost revenue collection at customs borders.

Complicated rules, a lack of oversight, and the discretionary power characteristic of many customs administrations provide opportunities for corruption at all levels. Whether it takes the form of slipping an agent money at a customs check to let goods through or fudge some paperwork, or large-scale fraud involving officials all the way to the top, corruption can be widespread and corrosive. As former Secretary General of the World Customs Organization, J. W. Shaver, once put it: “There are few public agencies in which the classic pre-conditions for institutional corruption are so conveniently presented as in a customs administration.

In one high profile example, a 2015 investigation in Guatemala uncovered systemic corruption in their customs authority. In return for bribes, importers were allowed to under-report shipments to avoid import taxes on a large scale, costing the country millions. Mass protests with citizens calling for transparency and accountability led to the vice president’s resignation.

Sometimes corruption is less bold but equally systemic. Superstore giant Walmart has recently come under fire for looking past bribery within its supply chain. In 2019, the U.S. Securities and Exchange Commission (SEC) investigated Walmart under the Foreign Corrupt Practices Act for deliberately ignoring corruption risks and red flags in its dealings in India, China, Brazil and Mexico. In India, many payments were less than US$200, but together totaled millions. Walmart is paying US$238 million to settle the investigation.

Dangers of turning a blind eye

Beyond lost revenue, when customs officials turn a blind eye to nefarious shippers, human lives are put at risk. In 2015, chemicals that were falsely declared in China’s Tianjin port exploded, resulting in over 150 deaths. Investigations found that bribes were paid to sidestep safety regulations. The incident worsened when firefighters used water on the fire, unaware (due to deliberate mislabelling) that the type of chemicals involved would detonate upon reaction with the water.

Solutions that could pay off

There is an argument that, in some cases, so-called “informal payments” may actually facilitate trade in situations where government regulatory hurdles and inefficiencies are hard to overcome. However, greasing the wheels in this manner fails to remove systemic incentives to engage in corrupt behavior.

The trouble is, there is no one-size-fits-all solution to the problem of corruption in international trade. The most pressing risks must be targeted to ensure safety and integrity while avoiding over-burdensome rules and red tape that hamper trade and economic growth.

The OECD suggests a mix of approaches. Broad, high-level government support is needed to tackle corruption within customs administrations and border control. The penalties for bribery offenses must be stiffened and applied. The private sector must be engaged to monitor practices in their global supply chains. And, the OECD suggests writing transparency and anti-corruption provisions into trade agreements.

Beyond business and borders

Corruption is a quantifiable hidden tariff on individual commercial transactions. What’s harder is to measure the extent to which corruption, perpetrated in drips over the course of years, damages broader economic prosperity.

If open markets and greater trade benefit ordinary people, as we know they do, then tackling corruption to promote legitimate trade would have positive impacts on the well-being of millions around the world.