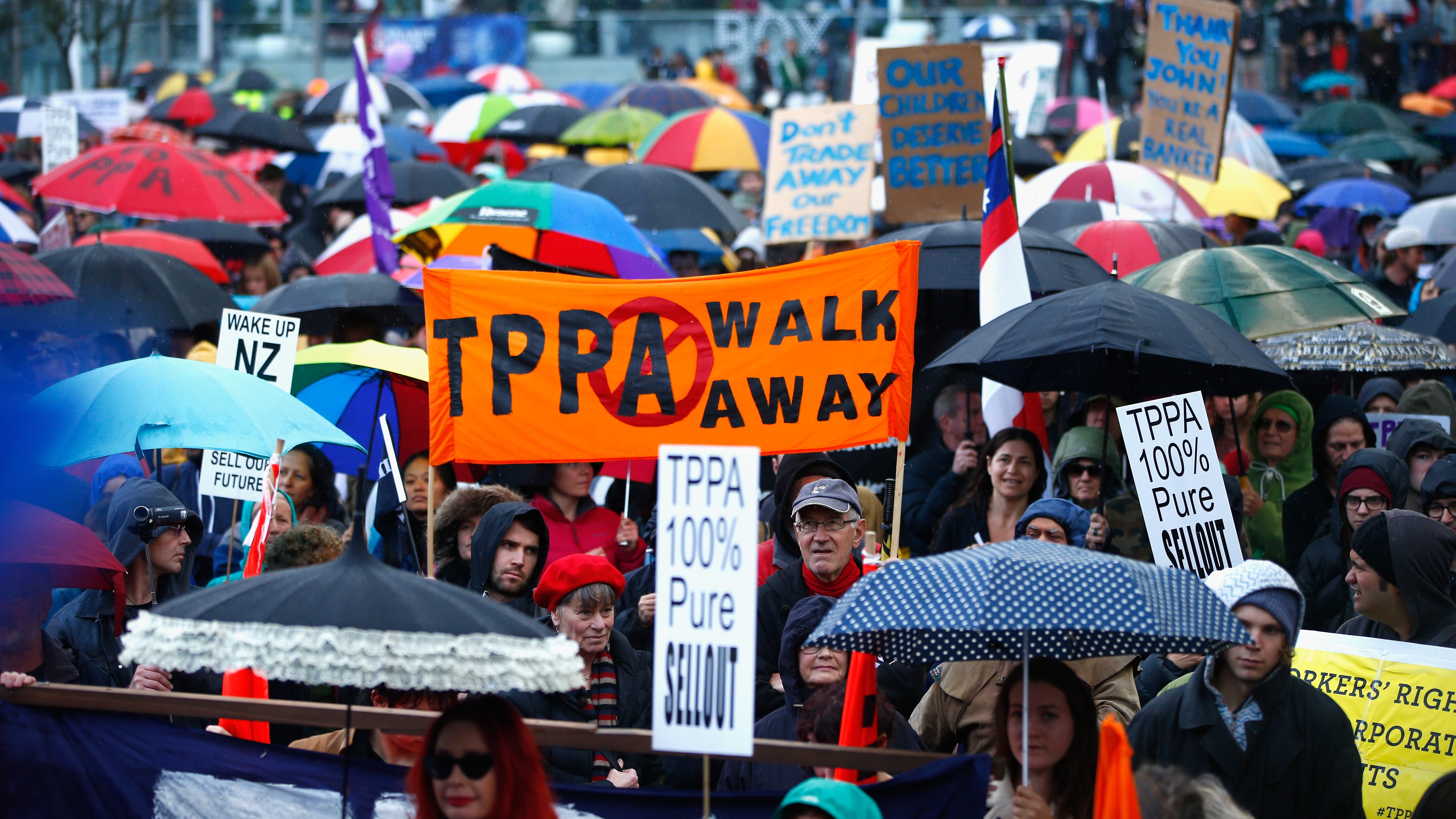 President-elect Trump announced his intention to formally withdraw the United States from the TPP agreement. So ends seven years of controversial negotiations and intense public debates over the content and anticipated consequences of the pact. Trade goes on -- but other countries will try to fill the leadership space.

Any lingering hope for passage of the Trans-Pacific Partnership (TPP), at least in its current form, was extinguished by President-elect Trump’s recent announcement of his intention to formally withdraw the United States from the agreement. So ends seven years of controversial negotiations, and intense public debates over the content, coverage, and anticipated consequences of the pact.

Let’s take a deep breath, set aside the heated rhetoric and partisan bickering, and try to unpack in straightforward and practical terms what the demise of the TPP actually means. Here are a few key points to keep in mind:

Do not expect any dramatic economic consequences from TPP’s demise. All credible estimates of the agreement’s impact on the U.S. economy were generally within the range of a rounding error (no more than 0.50% of GDP spread out over 15 years). Even TPP’s most vigorous supporters in the United States were not attempting to argue on the basis of profound economy-wide benefits flowing from the agreement’s implementation.

Granted, some other TPP partners, such as Vietnam, were projected to experience more significant economic benefits (roughly 8% GDP growth over 15 years), so failure to implement the accord will carry a bigger bite there. However, TPP’s impact across all of its 12 signatory countries was estimated to be merely 1.1% of GDP by 2030. So, despite the agreement’s relative merits or demerits, failing to implement the accord will clearly not be a defining economic event. (For a comprehensive review of TPP impact studies, see the May 2016 U.S. International Trade Commission Report, Trans-Pacific Partnership Agreement: Likely Impact on the U.S. Economy and on Specific Industry Sectors.)

The TPP would have removed some but not all barriers and restrictions on trade between its 12 members, and as a consequence would have increased trade flows. But keep in mind, trade is already open and flowing at robust levels amongst many TPP partners – and that will continue. The United States already has free trade agreements in place with 6 of its 11 TPP partners, most significantly the NAFTA agreement with Canada and Mexico, and trade among the NAFTA partners amounts to a staggering one trillion dollars.

Out of the remaining five countries where FTAs do not exist, four of them are remarkably small economies (Brunei, Malaysia, Vietnam, and New Zealand) with no real prospects to significantly alter or impact trade flows. The fifth country, Japan, is indeed a large economy, so additional liberalization would likely have increased trade, although it should be pointed out that TPP skeptics charged the TPP would have done little to address the real market access issues in Japan.

So what’s the bottom line? Although the agreement would have increased trade within the region, trade will continue flow – in some cases, at very robust levels — amongst the erstwhile TPP partners.

Even before the fate of the TPP was sealed many countries were speaking openly of having a “Plan B” in place, should the United States fail to ratify the agreement. In some cases, countries will step up the pace of bilateral agreements, and there has even been talk about trying to move forward with the TPP without the United States, although it’s unclear if this idea has any traction.

The demise of the TPP will also give renewed impetus and a greater sense of urgency to completing the Regional Comprehensive Economic Partnership (RCEP), a China-led trade initiative including the ten ASEAN members plus Japan, South Korea, India, Australia, and New Zealand. With TPP off the radar screen, RCEP becomes the most important game in town.

It should be noted however that the level of liberalization envisioned under RCEP is a far cry from what TPP provided and therefore the agreements are not directly comparable. But symbolism is important, and a successful completion of the China-led RCEP will leave the impression that trade liberalization in East Asia has moved forward without the US.

China will naturally be looked to for leadership

As a corollary to the point above, the repudiation of TPP is being widely interpreted as an abdication of the United States’ traditional trade leadership role in the region. The vacuum left by the United States will almost by default be filled by China, which, as the world’s second largest economy and largest developing country, continues to press the case for liberalization.

Indeed, Chinese President Xi Jinping received a standing ovation at the recent APEC Leaders meeting in Peru for a keynote speech which strongly emphasized China’s commitment to globalization and further trade and investment opening. Standing in stark contrast to the trade positions espoused by President-elect Trump, many APEC observers concluded that the baton of trade leadership in the region had passed from the United States to China.

One result is that trade agreements will be more likely to sanction the activities of the state-directed capitalism model favored by China. Efforts to apply trade discipline to the activities of State Owned Enterprises (as provided for in TPP) will be far less likely.

Opponents of trade agreements feel the wind at their back

Opposition groups organized themselves since the era of bilateral and regional free trade agreements began in earnest in the 1980s. Up until now, the most significant “victory” for these groups has been the successful blocking of the launch of the Seattle round of WTO negotiations in 1999 – the so-called “Battle for Seattle”.

The defeat of the TPP might actually be a victory of greater long-term consequence, given the extent to which negative trade messages gained momentum and assumed a position of prominence in the U.S. Presidential campaign. Trade – cast almost entirely as a discussion about lost jobs and diminished wealth – has never played such a prominent role in a Presidential election, nor has opposition to trade agreements been such a central plank in an incoming President’s agenda.

This “success” in dictating the terms of the trade discussion, raising it to the highest political levels, and rendering TPP untenable will embolden trade opponents to press their case even more forcefully, potentially undermining the prospects for other pending agreements, such as the Transatlantic Trade and Investment Partnership.

So, what does the death of the TPP really mean?

While the direct economic and trade impacts of the agreement’s demise will be modest on an overall basis, the impact on geostrategic and political realities could be profound.

China’s elevated leadership status means that the traditional post WW-II global trade architecture, fashioned largely in the image of the United States, could begin to evolve in directions more reflective of China’s philosophies and interests.

The United States faces a dramatically altered domestic political landscape, calling into question its ability to pursue, conclude, and ratify expansive and ambitious trade agreements. It will have little choice but to fundamentally rethink its approach to trade. Over the long-term, this reconsideration of the traditional approach to trade agreements might be the most important legacy of the ill-fated Trans-Pacific Partnership.