As the WTO's ability to facilitate agreements has diminished considerably, we are witnessing the rise of a more fragmented global trade system. Does this spell the end for globalization? Would the WTO still have a role to play moving forward? Senior Research Fellow Stephen Olson spoke with the Association of Foreign Press Correspondents to share his thoughts on the future of multilateral cooperation and trade governance.

The World Trade Organization (WTO) is perhaps the most recognizable intergovernmental organization in the world that regulates and facilitates international trade, comprising over 160 member states and representing the vast majority of global trade and GDP. Since commencing operations in 1995, the WTO has provided a framework for negotiating trade agreements, which are typically designed to reduce or eliminate tariffs, quotas, and other restrictions.

However, the organization has been rife with problems in recent years and its effectiveness “appears to be at its nadir” according to Stephen Olson, a Senior Research Fellow at the Hinrich Foundation, a Singapore-based non-profit focused on sustainable global trade. Olson suggests the WTO is currently experiencing a serious legitimacy crisis that has impeded on its ability to navigate complex global issues as a consensus-based organization. Recent and pressing geopolitical issues, including the ongoing war in Ukraine and the COVID-19 pandemic, have highlighted existing fault lines that have placed consensus likely “beyond reach” for market and non-market economies and inflamed tensions between the developed and the developing world.

In a recent article titled “WTO Agenda Reveals Fault Lines Too Wide to Bridge,” Olson says that the ability of the WTO to facilitate agreements has diminished considerably — the dispute settlement mechanism has particularly diminished in relevance — and that “countries will increasingly look to self-selected trade groupings.” In fact, the world is already witnessing the rise of a more fragmented system of global trade that will challenge our understanding of multilateral cooperation.

Olson spoke with the team at ForeignPress.org to elaborate on insights that alter the playing field for journalists to whom will fall the daunting task of navigating these developments and communicating their significance and impact on global trade governance.

You mention that "as confidence in the WTO begins to wane" that it is possible we'll see the globe move toward a more fragmented trade system. Would this system look like the system of international trade before the WTO was founded in the mid-1990s? What factors must we consider?

Greater fragmentation in the trade system is inevitable and already underway. This new trade landscape will differ in important ways from the pre-WTO era, however. Trade will increasingly be conducted among countries that share common values, philosophies, and geopolitical outlooks, rather than simple economic efficiency or profitability.

Self-selected blocks of trading partners will be woven together less by mutually reduced trade barriers – as has traditionally been the case – and more through the development of common eco-systems, through the adoption of common technical standards, joint investments, and cooperation on a range of trade and non-trade related issues.

Would a more fragmented system effectively nullify the dispute settlement mechanism? Realistically, how could confidence in the DSM be restored, if at all?

The DSM is currently of limited relevance and further fragmentation will only further reduce its relevance. Even if we could wave a magic wand and restore the Appellate Body judges and the functionality of the DSM tomorrow, we still would not have an effective DSM.

Would rewriting the rulebook entail dissolving it altogether and fashioning a new system in its place?

Simply putting judges back in place to oversee an out of date rule book would accomplish little. The problem is that many of the most important and vexing trade issues of the day are either not covered or not adequately covered by existing rules. Things like digital trade or services. And current rules are almost entirely incapable of meaningfully addressing the increasing points of friction that arise between market and non-market economies. The rule book would require a massive overhaul – something which is clearly beyond the reach of the WTO’s fractious membership.

How difficult will it be to reconcile trade governance with our climate goals?

There will happily be occasions where trade governance and climate goals can be mutually supportive, such as in FTAs [free trade agreements] that reduce trade barriers on environmental goods and pledge cooperation and common approaches on environmental issues.

Is it possible to balance trade considerations between climate policy and environmental objectives?

On other occasions however, trade governance and climate goals will be on a collision course. For example, the recent solar panel case with China in which the Biden administration had to decide between making solar panels more affordable and accessible in the US or punishing trade partners for predatory trade practices. The decision was an attempt to “split the baby” and left neither side fully satisfied. Trying to balance these sometimes contradictory pressures will be tricky at best and impossible at worst.

Could the schism within the WTO compel member countries to ramp up their domestic production of certain products? How do you foresee certain countries reacting, or even retaliating to such developments?

The current dysfunction in the trade system is certainly causing countries to reconsider their approaches to trade. But ramping up domestic production of certain products is not always viable and is never as easy as switching on a light switch. Autarky is not the answer. Building more sustainable trade relationships in which over-dependencies are limited and greater resiliency is emphasized — even when it reduces economic efficiency — is a far better approach.

You mention at one point, regarding vaccine research and development, that China "objects to provisions that would appear to treat China as a developed economy rather than a developing one." What other issues have contributed to this friction between China and other member states? How have they, according to the US and other market economies, violated WTO rules?

Many of the most nettlesome points of friction between China and the US (and others) can be traced back to a single root cause: incompatibilities between market and non-market economies. Existing trade rules never envisioned such a large, technologically sophisticated trading nation pursuing a model of state directed capitalism.

How can private companies compete on a level playing field with Chinese SOEs which benefit from massive and opaque levels of state support?

The WTO has not been able to adequately answer this question. Sometimes this is because China’s practices are not covered by rules, in which case there simply is no violation. In other instances, there might be a violation of rules, but China’s system does not provide adequate transparency to be sure. And in other instances, there is a violation of rules but the DSM has not been able to adequately enforce them.

Would the WTO still have an important role to play moving forward if the global trade system becomes more fragmented? If it is fair to say that the WTO has failed in its capacity as a global trade referee, how can we best advance trade objectives?

Despite its shortcoming as a vehicle to advance global trade liberalization or act as a global trade referee, the WTO still has an important role to play. It can make valuable contributions in less glamorous but still important areas like trade facilitation, capacity building, and technical assistance. It’s not entirely clear however how we can advance the broader trade agenda in the absence of the WTO playing the role we originally envisioned for it. Part of the answer is already evident though: an increasing number of regional or plurilateral agreements.

While some WTO members have said that "introducing divisive and controversial geopolitical issues into the WTO process would only ensure that nothing gets accomplished," would it not be unrealistic to suggest that those same issues wouldn't color trade negotiations anyway?

Geopolitics always have and always will influence the course of trade negotiations. The more difficult question is the extent to which we will try to introduce a more codified set of values or expectations about conduct into formal trade governance. Can you militarily invade your neighbor and still expect to enjoy full benefits as a WTO member — or should there be repercussions? That’s the tough question the WTO needs to grapple with.

This article was originally published by ForeignPress.org. 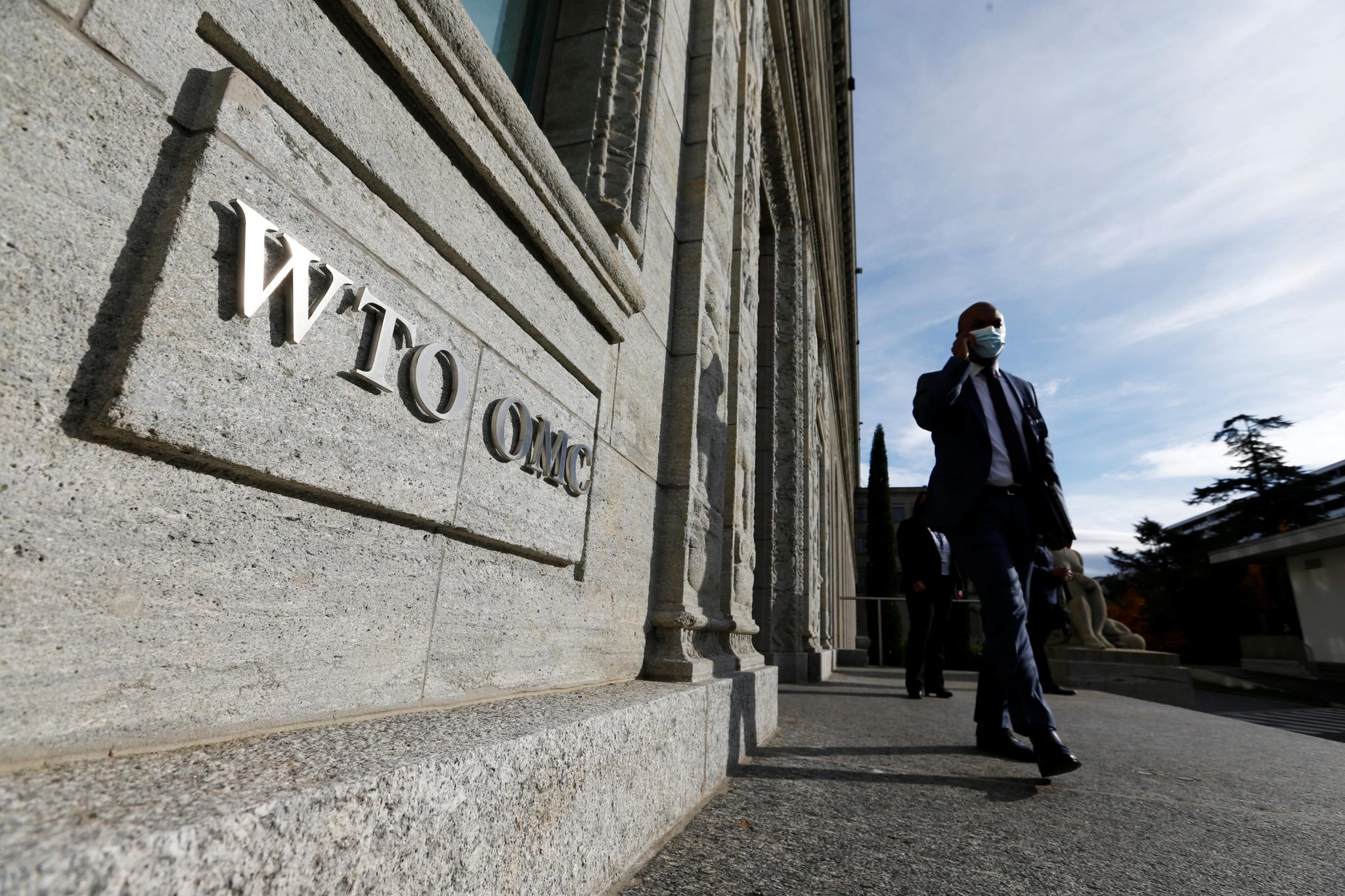