Rising protectionism, compounded by the Covid-19 pandemic, has further intensified skepticism about trade. Contrary to many experts’ doomsday projections, trade has held up surprisingly well. However, while consumers and companies carry on, trade could end up looking quite a bit different as trade relationships grow increasingly fractious.

In India, Prime Minister Narendra Modi is calling for economic self-reliance and raising trade barriers. China has adopted a dual circulation strategy which puts increased emphasis on domestic demand and relegates trade to a supporting role. The buzzword du jour within the EU is strategic autonomy, which recognizes the need to strengthen domestic production capabilities and reduce over-dependence on trade. And in the US, the Biden administration is pursuing a worker-centric trade policy and has maintained most of the trade restrictions put in place by the Trump administration.

Skepticism about trade has been further intensified by the coronavirus pandemic. Countries and companies are now aggressively looking to reduce trade risk through more localized production and less trade.

Given these sobering realities, one might have reasonably expected to see a sharp decline in trade. But in defiance of most projections, trade has held up surprisingly well.

The trade collapse that never happened

Given the fallout from the pandemic and rising protectionism, the WTO estimated that global trade could plummet by as much as 32% in 2020.[1] Many independent analysts felt the assessment was optimistic.

Yet, the actual decline was roughly 5%.[2] Given the broader macroeconomic environment, in which overall demand was dampened by a 3.5% reduction in global GDP, trade remained buoyant.[3]

Of course, acute specific circumstances produced eye-catching trade reductions for individual countries. German exports were down 9.3%, Philippine exports were down 16.3%, and Japanese exports slumped to their lowest level in 11 years.[4]

While these apparent doomsday scenarios for trade dominated the headlines, they masked the real story. Despite the considerable headwinds, trade took a beating but kept on ticking. What explains the surprising resilience of trade?

Bilateral tariff and non-tariff barriers have proliferated. These restrictions can sometimes be quite effective in accomplishing their primary objective: to diminish imports from the targeted country. But in many cases, their overall effect is to redirect rather than block trade.

For instance, China has significantly increased trade restrictions on a variety of imports from Australia. Although this initially created painful disruptions, Australian exporters were able to adjust. This is a testament both to the resiliency of Australian companies, as well as the enduring appeal of trade. Today, Australian cotton exports that are no longer welcome in China have found receptive markets throughout ASEAN. Barley shipments that previously went to China are now being unloaded in Saudi Arabia.[5]

On the other side of the bilateral trade equation, barley importers in China have not been left in the lurch by the loss of Australian supply. Argentina has stepped in to fill the gap. Argentine barley exports to China have grown so significantly, Argentine farmers now plan to expand capacity by 28% to meet the new demand.[6] And China’s ban on imported coal from Australia has not stemmed coal imports. US coal exports to China have risen to their highest levels since 2013 and are straining the capacity of US companies to keep up with demand.[7] The bottom line? Trade restrictions which close one door frequently open another. Trade on an overall basis continues to chug along. Two important caveats are worth making, however. Although trade continues to flow, it will frequently be less efficient. Importers are being compelled to fill their orders from suppliers they might not have selected absent the trade restrictions. And exporters do not always find new markets quickly and seamlessly. Australian wine exporters, for instance, are still struggling to replace sales to China.

New trade patterns necessitated by barriers could also produce an increased balkanization in trade relationships and a fraying of truly global trade ties. Restrictions are now being put in place not merely for trade-related considerations. Geopolitical calculations, human rights issues, and environmental concerns are increasingly factored into trade policy. This could drive the formation of formal or informal trade blocs among partners who share common perspectives across the ideological, social, and geopolitical spectrum, while trade declines with less simpatico partners.

At this point, however, it is entirely unclear if such a scenario will materialize to a meaningful extent. There are numerous examples of trading carrying on despite rising tension and differences in ideology.

Trade battles rage on – but so does trade

The US-China trade war has not abated under the Biden administration. In some respects, it has grown more complex. President Biden is casting the bilateral economic relationship within the framework of a broader ideological struggle between democracy and authoritarianism.

Businesses have not, however, taken heed. With the exception of especially sensitive technology sectors where trade has essentially been prohibited, trade between the US and China has not missed a beat. China’s exports to the US have grown by double digits year on year every month this year.[8] Even in comparison with 2019 (before the pandemic kicked in), China’s exports are rising significantly. The punitive tariffs have essentially become a manageable business irritant rather than a brick wall.

The US is not the only example of trade flourishing despite tense relations. The EU has imposed measures on China and been sharply critical of labor conditions in Xinjiang. It has even sidelined consideration of its Comprehensive Agreement on Investment (CAI) with China. But despite the actions and strong words, the EU’s imports from Xinjiang more than doubled in first half of 2020.[9]

China has also shown that it can engage in a war of words on one hand, while carrying on trade with the other. Australia has faced a barrage of vitriolic denunciations from China over its positions on issues ranging from the South China Sea to the origins of Covid. China’s umbrage appears to be limited, however, by economic reality. Australian iron ore exports to China, which

cannot easily be sourced from elsewhere, were down by only 2% in 2020 from the record-breaking year of 2019.

The imperative to trade remains compelling

Despite a recalibration in attitudes toward trade, tempestuous relationships, and a rise in protectionism, reports of trade’s demise have been greatly overblown. Governments may bluster, and even enact restrictions, but companies and consumers carry on. The greatest efficiencies will rarely be found entirely within the border of any single country and the imperative of cross-border commerce will continue to be formidable.

Importantly, however, trade could end up looking quite a bit different as trade relationships grow increasingly fractious. More and more trade could be conducted on the basis of “second best” alternatives – and among partners that align rather than diverge on philosophical and geo-strategic perspectives. 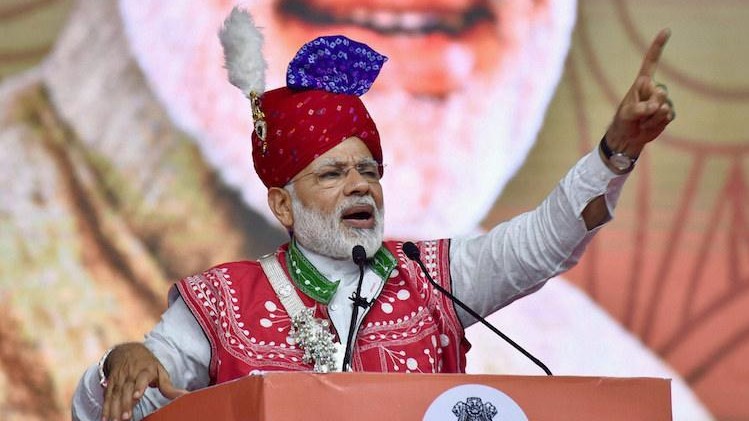