In pursuit of its mission to advance sustainable trade, the Hinrich Foundation will release its fourth Sustainable Trade Index in November. Against a backdrop of geopolitical conflict, setbacks to multilateralism, and deteriorating macroeconomic conditions, the newly expanded STI underscores the Foundation’s goal of integrating sustainably conducted trade into the prosperity of every economy.

In many ways, 2022 was a pivotal year for global trade, and not in a good way. Nowhere was this more evident than the outbreak of the Ukraine war in February.

Beyond the intolerable human cost and devastation on the ground, the conflict brought surging into public consciousness how easily and quickly the trading ties between nations, once the measure and symbol of their comity, can be undone and weaponized.

The conflict hit international trade in a succession of waves. The first order of impact gummed up some of the world’s most basic supply chains. Energy flows from Russia, the most prominent of which have been natural gas piped overland to Western Europe, have trickled mostly to a standstill. Ukraine is the breadbasket of Europe. Russia’s invasion removed from global markets upward of a tenth of the world’s wheat, a fifth of its corn, and half its sunflower oil. As shortages loomed, governments from India to Argentina raced to ban exports of their own food and food-related products in turn. The Peterson Institute for International Economics estimated that more than 20 countries had issued some form of embargoes on food exports by the middle of the year. Disruptions multiplied across related markets and are still convulsing global supplies and prices.

In 1995, when globalization was still in its heyday, the Canadian economist Daniel Trefler wrote in a celebrated paper, The Case of the Missing Trade, on how international trade very often does not conform to the economic theorem that countries will export products from factors that they own in relative abundance. Economists found the theorem works only about half the time. Trefler identified a consumer bias toward domestically produced goods as a key reason for this discrepancy, or what he called “the missing trade” – a proxy for the trust between trading partners. Trade and trust are expressions of each other. Increasingly, that bond is under attack.

A darker use of trade

Beyond the Ukraine war’s immediate impact on commodity markets, trade itself has become an instrument for nations to probe each other’s strategic weaknesses. President Putin’s move to turn off Europe’s natural gas, calculated to amplify a bone-chilling winter on the continent, was the opening gambit in such warfare. Sanctions extended the arsenal: a battery of primary embargos aimed at denying Russia’s access to the global trading order, and – as the war escalated – the pursuit of secondary sanctions aimed at seizing assets and penalizing financial institutions involved in the trade finance, insurance, reinsurance, and brokerage of Russian energy.

The changing shape of trade

The use of secondary sanctions in the Ukraine war is reflective of another major trend in global trade. All major powers are weighing the expansion of such trade weapons in dangerous new ways. As the West mulled secondary sanctions on Russia, China in August dropped on Lithuania the most comprehensive set of sanctions it has ever leveled – including secondary sanctions – as retribution for the Baltic nation’s diplomatic gravitation toward the West and Taiwan, which Beijing regards as a renegade province.

These events are unfolding as the international will to enforce order in the multilateral trading system is in full retreat. Faith in such institutions is fading. President Biden appears keener on trying untested models of international cooperation, rather than returning to multilateralism. By refusing to support judge appointments to the World Trade Organization, the US continues to ensure that the body’s top court remains unable to adjudicate the world’s biggest trade disputes. The Appellate Body – for all the successes of the WTO’s 12th Ministerial Conference – remains toothless. Until the world trading order again finds a way back to mutually agreed rules, the golden age of globalization spanning the last 30 years can be regarded as having been an aberration, not the norm, of the global economy.

It is against this backdrop that the Hinrich Foundation is launching its fourth iteration of the Sustainable Trade Index.

Bleak as the landscape looks, there may be no better time to reboot the index, our flagship research product. The STI’s most obvious feature is a ranking of economies – expanded this year to number 30, covering major economies across Asia and the Americas, including current and potential members in the Asia-Pacific Economic Cooperation grouping – measured by 70 indicators across economic, social, and environmental factors.

Rankings are inherently controversial. For many, placement on a table is all about their own rank, and very little about the substance or the methodology. Such rankings often arouse nationalist tendencies: why is my country so low on the list? How did that other nation get such a high score?

But details matter. Rankings are meant as the start of a conversation, not the end. The indicators measured in each ranking reflect a body of policy research that went into the STI’s composition. The evaluations in each indicator help us to understand more about the diversity of trade policies and practices. They reveal how economies can sustain growth and equitable prosperity by managing their trade and trade-related regulations well.

The 70 indicators are insights into how economies function. They help us to understand, for instance, how a nation’s capital account peculiarities might put its financial system at risk. Or which economies are signatories to key global environmental accords – and which are not. They help us learn about economies that rely more on forced labor than their peers do. Or where gender discrimination is more of an issue. Or where carbon pricing is taking off.

And we constantly refine the indicators with each iteration of the Index, which from this year will be annually published. This year, we added consumer price inflation and healthcare as additional indicators in the calculation of the sustainability of an economy’s trade.

The inclusion of each indicator is a collection of deliberate decisions. When we wanted to measure the effectiveness of an economy’s healthcare system as a factor of sustainable global trade, we debated with our consultants, Switzerland’s International Institute for Management Development, which indicator to use. We eschewed total healthcare spending due to the failure of such spending sometimes to translate to a strong public health system. Neither did public healthcare spending meet our cut, as we felt there were too many variations of what that term means to make for equitable international comparisons. We ultimately picked life expectancy as an overall measure – a literal summation of life-and-death choices – of an economy’s healthcare system.

When we chose to include an assessment of the “ecological footprint” in economies, to buttress carbon emissions per capita as a measure of environmental stewardship, we wanted an indicator that quantifies how much natural resources it takes to support an economy. It tells us how fast we consume resources and produce waste, essentially adding a fresh dimension to measuring the human impact on the environment beyond carbon output.

And we will introduce this year an indicator that measures how much modern slavery might be used to produce your imports and exports. The findings are a sobering indication of how the appetite of developed economies is driving forced labor, often more than we imagine. We hope such findings rally our wider policy, business, and academic communities, to discuss solutions. We need to know more about our supply chains.

We publish the STI’s methodology alongside our research, free of charge. The indicators amount ultimately to a set of principles about the way we should live, distilled by the United Nations in 2015 as Sustainable Development Goals, a benchmark for global growth, climate change, and the reduction of inequality.

During the pandemic, we saw countries that allowed overdependence in their supply chains become vulnerable to great economic losses. We saw how the pandemic’s social and economic toll varied across countries depending on the capacity of governments to mobilize coherent and intelligent policies.

This year, as the pandemic ebbs, we are living with a new danger. Global trade is in crisis. Nations are turning inward, emphasizing self-sufficiency and “friend-shoring” in place of strengthening trust and commercial ties. Political leverage has supplanted comparative advantage. Mediation is increasingly ineffective or absent.

These global developments are a reminder of why sustainable trade is more critical than ever before. At the Hinrich Foundation, our mission is to advance trade that balances economic outcomes with the need to strengthen social capital and environmental stewardship. We believe trade isn’t just a sum of economic efficiencies, but reflects and strengthens our shared values, transparency of rules, and equal opportunity.

Foreign investment has helped to deliver growth in Southeast Asia – can it also deliver sustainable development? We believe our Sustainable Trade Index shows a way forward. We will publish this year’s index in November. Watch this space. 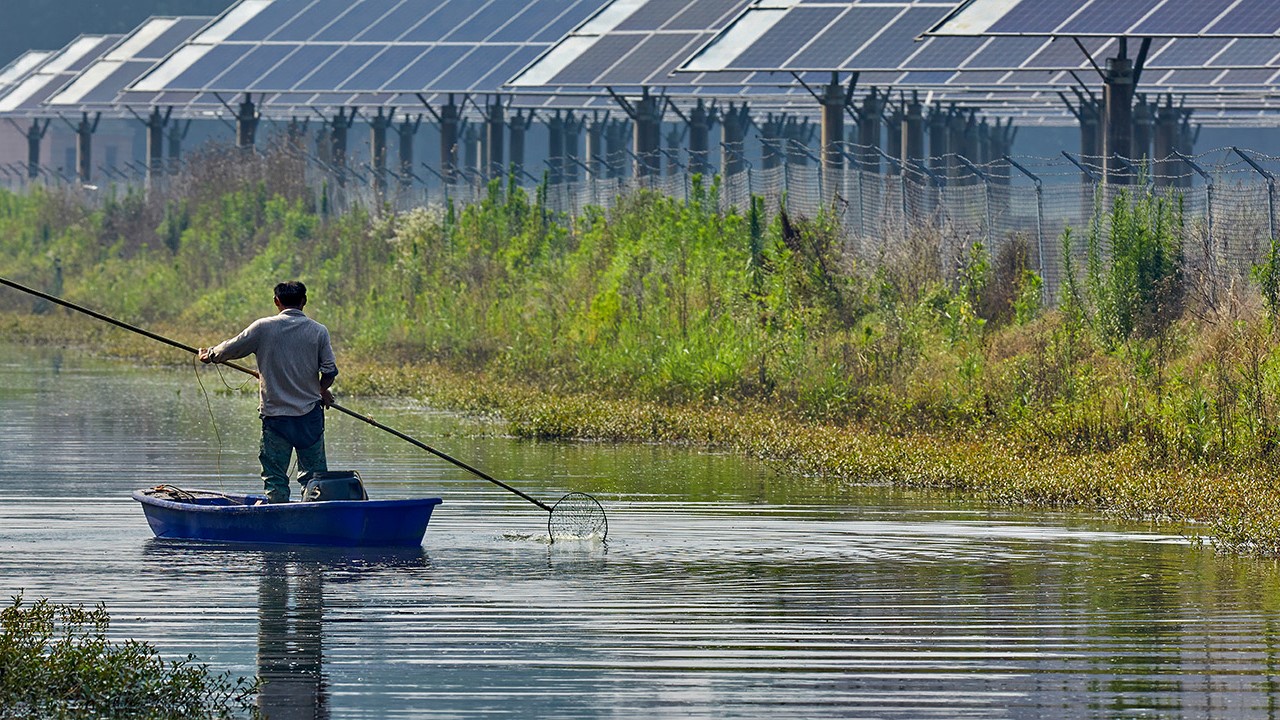 Foreign investment has helped to deliver growth in Southeast Asia – can it also deliver sustainable development? The changing shape of trade