The big question for trade in 2022 With the new year upon us, here is one big question to keep an eye on as 2022 unfolds: Is a “new realism” emerging in trade, and if so, what does it mean?

The idealized world of free trade

The establishment of the modern trade system was predicated on the belief that we could reasonably aspire to some approximation of the idealized world of free trade that has been sketched out in economic textbooks since the days of David Ricardo. According to this vision, reducing barriers to trade and facilitating cross-border commerce would bring higher quality goods, lower prices, increased levels of real wealth, and a higher standard of living. Of course, it was understood that the intensified competition brought by free trade would create “losers” as well as “winners”, but the overall gains from free trade would more than offset the losses.

The main imperative was to move towards free trade in a methodical and deliberate manner. The GATT, the WTO, and the myriad of regional and bilateral free trade agreements that began to proliferate in the 1990s were all intended to move us incrementally towards the goal of free trade.

Unfortunately, after a seven-decade pursuit of that ideal, there seems to be an increasing recognition that the real world of trade is simply not operating in the way we hoped. For starters, not all countries are playing the same game by the same set of rules. The two largest economies in the world, the US and China, operate under fundamentally different economic systems. As increased trade has led to deepening economic integration, the incompatibilities between these different systems have become more apparent. How can private US companies compete against state-supported Chinese companies which benefit from compliant banking and regulatory systems, captive domestic customers, a playing field tilted against foreign competitors, and generous (often opaque) subsidies? Unfortunately, neither David Ricardo nor the WTO have been of much help in resolving that question.

We have also learned that trade does not take place in an antiseptic vacuum. It is shaped and frequently distorted by a host of considerations that have nothing to do with trade, including geopolitical rivalries, domestic political imperatives, differing visions of appropriate environmental and labor standards, and clashing definitions of human rights. The economic textbooks made no provision for the intrusion of these unrelated yet profoundly impactful factors.

These messy real-world complications have corrupted the way in which the free trade model was expected to operate, resulting in diminished benefits and unanticipated – and often unwanted – outcomes.

No shortage of complaints

The complaints about the current state of trade vary depending on where one sits. From one perspective, trade is being unfairly manipulated to compel less developed countries into accepting labor and environmental standards they don’t want or are incapable of achieving. To others, trade is being used to foist Western-centric notions of human rights onto different cultures with very different value systems.

For many disenchanted developed-world workers, the pursuit of free trade has been a free pass for large companies to ship their jobs overseas, thereby enriching Wall Street while leaving local communities in tatters. In other cases, trade has been weaponized to punish and coerce countries which have displeased a more powerful trade partner. And from the point of view of an increasing number of geo-strategic thinkers in the West, free trade has empowered the rise of an undemocratic competitor in China.

The bottom line? From many different perspectives, for many different reasons, our current approach to trade is not working for an increasing number of people. That is not sustainable. We should not be surprised therefore to see more countries opting for “Plan B” as it becomes clear that the idealized world of free trade we’ve been pursuing for decades is neither realistic nor capable of delivering the desired results. Countries are now taking more pragmatic and less ideological approaches to their trade relationships. A “new realism” has begun to emerge in trade. Countries continue to pursue and benefit from free trade where possible but also perceive a growing number of instances in which restricting trade or eschewing trade altogether is the best (or least damaging) option.

This is reflected in an increase in practices that have traditionally been anathema to trade proponents: managed trade arrangements, a preference for local production, an increased emphasis on local demand rather than exports, and a greater willingness (and broader justifications) for putting trade restrictions in place.

Examples abound. The US and the EU have “resolved” their trade dispute over steel and aluminum by reaching a managed trade agreement in which quotas rather than competitiveness will determine how much the EU exports. The US-China Phase One agreement showed even less faith in the ability of free trade to deliver acceptable results. That accord specified precise purchase levels in various product sectors which China committed to fulfil. This agreement could have been initially dismissed as some far-fetched scheme crafted by the highly unconventional Trump administration. But one year into Biden’s term, it’s clear that his more mainstream administration is perfectly comfortable with maintaining Trump’s managed trade approach. More broadly, Biden has made it clear that the interests of US workers, rather than the doctrinaire pursuit of free trade, will be the driving force behind his trade policy.

When it comes to critical supplies, Japan, the EU, the US, and other major trading countries no longer have confidence in free trade to deliver the goods, either literally or figuratively. They are instead actively seeking the repatriation of supply chains through the use of trade distorting subsidies and restrictions on imported products. Prime Minister Modi of India – a previous advocate of free trade – pulled his country out of the RCEP negotiations and has turned instead toward restrictive trade practices. China has adopted a dual circulation strategy which emphasizes the domestic economy rather than trade as the primary driver of growth. And the EU is considering a new trade tool that would impose trade restrictions in response to economic coercion. For those of us who have spent careers pursuing free trade, all of this feels like heresy. We seem to be heading in the wrong direction. Yet, the simple fact is that free trade – or the skewed version of free trade that has emerged – is no longer unquestionably trusted to deliver acceptable and beneficial outcomes. Importantly, our trust in the free marketplace has not necessarily faltered. Instead, our trust that we can achieve a free marketplace has faltered.

None of this is to suggest that the appetite for free trade or its benefits have disappeared entirely. The list of countries lining up to apply for membership in the CPTPP continues to grow, various other free trade groupings are underway or under discussion, and ministers continue to plug away valiantly at the WTO. We continue to see, or at least hope for, the advantages that can be derived from liberalized trade.

Moreover, the substantial downsides of protectionism and managed trade “solutions” are also apparent. The steel and aluminum tariffs, and the subsequent quota system, will produce higher prices in the US at a time of rising inflation, and benefit only a small group of workers at the expense of a larger number of downstream workers. And the attempt to mandate China’s purchase of US products under the Phase One agreement failed definitively.

So, we are not seeing a refutation of free trade, nor would that make sense. Despite the drawbacks, virtually every corner of the globe has benefited from trade in ways that can’t be denied. However, we are seeing a recognition that we have made a few faulty assumptions along the way. Our overly doctrinaire belief in a simplistic and idealized world of trade that bears little resemblance to the real world was naïve and produced outcomes that can no longer be sustained. We are currently seeing an attempt to course correct.

The risk, however, of an over-correction and a return to flat-out protectionism is very real and needs to be avoided. The illusion of economic self-sufficiency and prosperity through protectionism is just as dangerous as the illusion of over-idealized free trade. As countries experiment with new approaches to trade, the trick will be to avoid throwing out the “free trade baby” with the bathwater.

Reasonable and informed people can disagree over whether the emergence of a “new realism” in trade is something to mourn or something to celebrate. Over time, the results, positive and negative, will speak for themselves. But for better or worse, we are likely to see more of this “new realism” as 2022 unfolds. 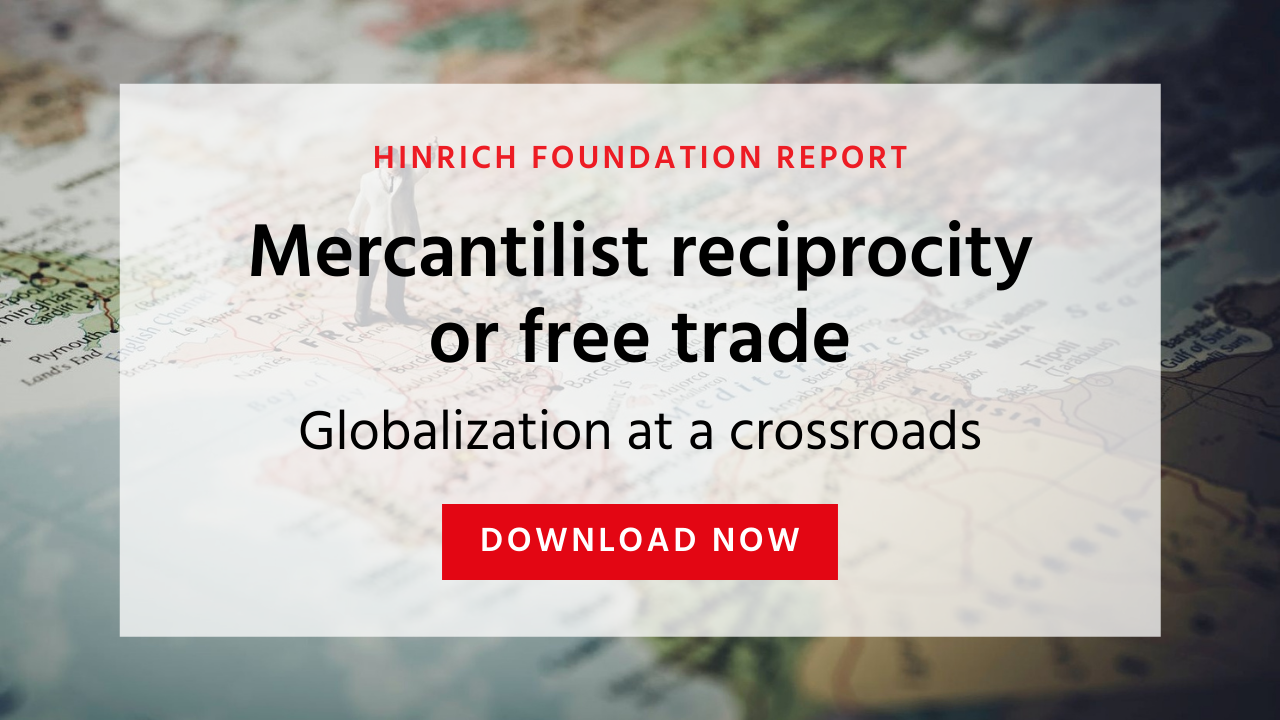 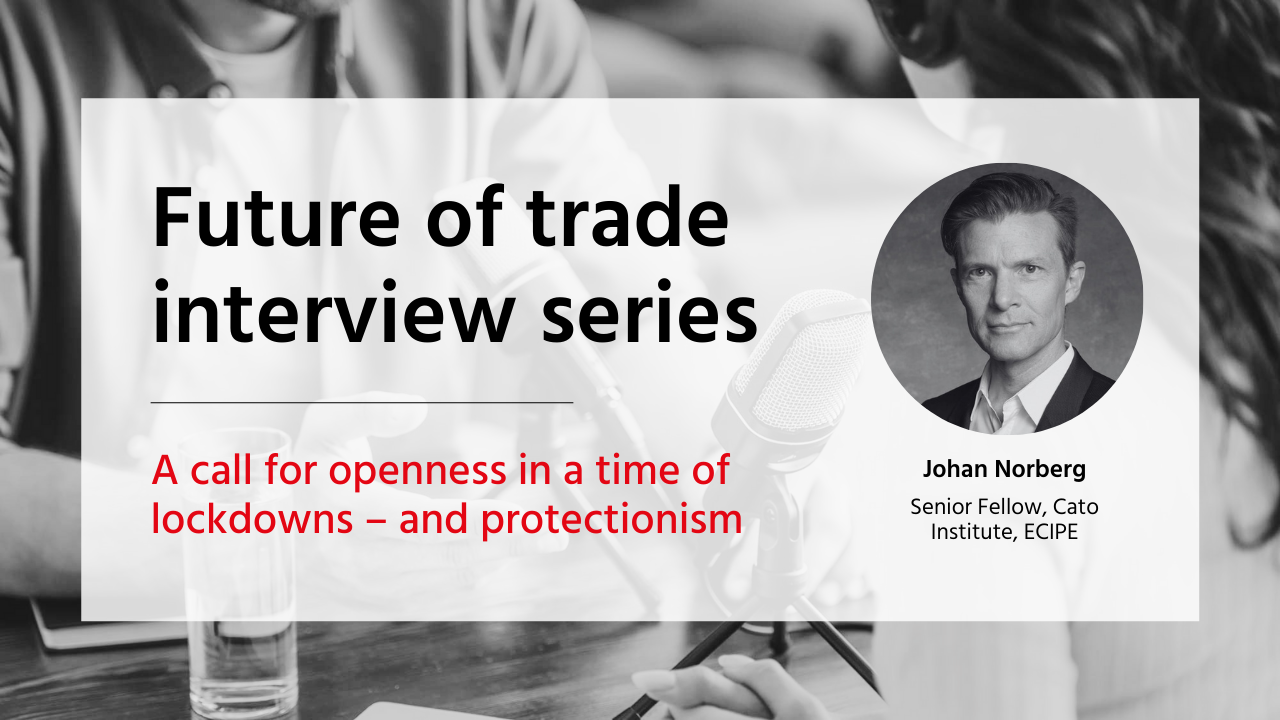 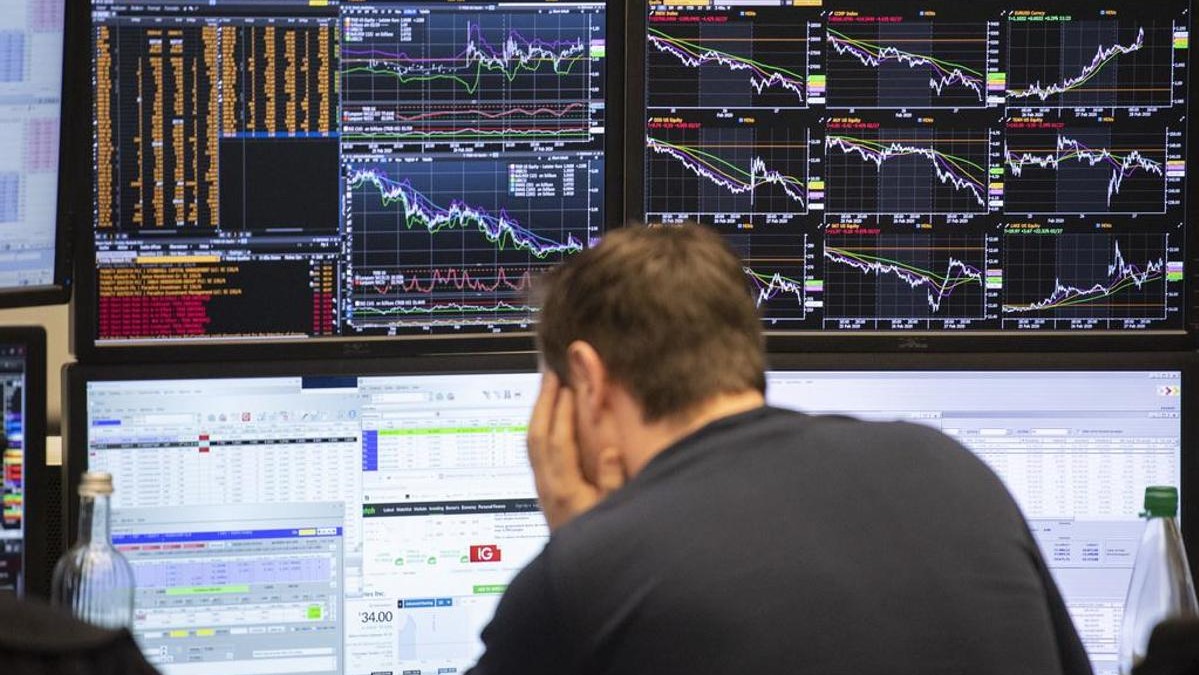