GATT rounds: Who, what, when 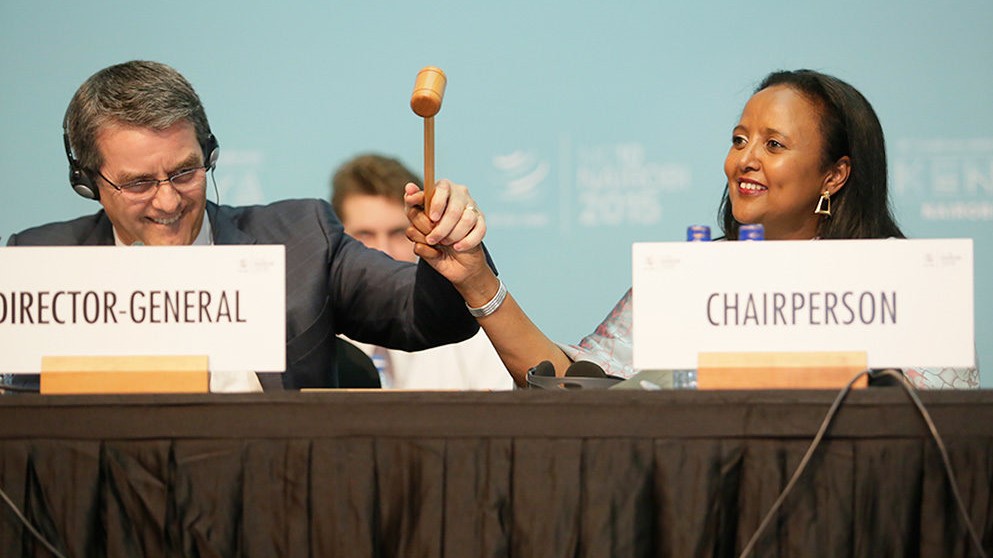 In 1944, forty-four nations gathered in Bretton Woods, New Hampshire, to discuss how to rebuild an economy devastated by protracted depression and two World Wars. From these discussions emerged a 1947 agreement on a lasting framework for post-war commercial relations whereby trade barriers were contained and then gradually reduced over time.

In 1944, the global economy was in shambles. Forty-four nations gathered in Bretton Woods, New Hampshire, to discuss how to rebuild an economy devastated by protracted depression and two World Wars. New institutions including the International Monetary Fund, World Bank, and International Trade Organization (ITO), were to planned to stabilize the international financial system, help rebuild war-torn economies, and create rules for a global trading system that would bind countries in peaceful commercial relations. The ITO was specifically intended to roll back tariff and non-tariff barriers and to end discriminatory trade practices imposed by individual governments during the war and great depression. Participants did not agree to go so far as to establish an ITO, but its core provisions were encapsulated in a 1947 treaty — the General Agreement on Tariffs and Trade (GATT).

Twenty-three nations met in Geneva to establish the mission of the GATT: “to contribute to rising the standard of living and full employment by entering into reciprocal and mutually advantageous arrangements directed to substantial reduction of tariffs and other barriers to trade and the elimination of discriminatory treatment in international commerce.”

Under the terms of the GATT, each country would grant most-favored-nation treatment to all other parties, disciplines were included to restrict members from imposing new trade barriers, and a non-binding process was introduced to encourage the resolution of disputes. The outcome of this 1947 meeting was agreement on a lasting framework for post-war commercial relations whereby trade barriers were contained and then gradually reduced over time.

The first Geneva Round was considered a huge success. The 23 participating countries (which, at the time accounted for 80 percent of world trade) implemented tariff reductions on a most-favored nation basis — all members receive the same benefits. The United States demonstrated leadership by example, by cutting its tariffs by 35 percent. The next 15 years following the Geneva Round the postwar era saw frequent rounds but modest progress in tariff reductions. It wasn’t until the so-called “Kennedy Round” in the mid-sixties that the scope of negotiations broadened to address economic development of smaller economies, and — controversial with the U.S. Congress — led to the signing of an anti-dumping agreement.

The Tokyo Round during the seventies expanded the scope further to address non-tariff barriers. Members worked to clarify existing dispute settlement provisions under the GATT and create procedures applicable to non-tariff commitments. Dispute resolution acquired more explicit procedures such as time limits, but remained unenforceable.

The Uruguay Round: the GATT Gets a Permanent Home

The success of the GATT was to reduce tariffs to historic low levels, but by the early 1980s, the volume and complexity of world trade had far exceeded the nature and size of trade during the formative years of the GATT. Trade in services, in agricultural goods, in international investment, intellectual property, textiles and other prominent aspects of global trade were either covered inadequately by GATT or not covered at all.

The need for a new trade round was first discussed in 1982 at a ministerial meeting held in Geneva. After four years of preliminary discussions, trade ministers meeting in Punta del Este in Uruguay, agreed to launch a round of negotiations that would cover the widest-range of trade issues to date. Several deadlines came and went before a deal signed years later at Marrakech. The achievement, however, was the strengthening and the enlargement of the multilateral trading system.

Members created the World Trade Organization with standing governing bodies. Signatories agreed to adhere to all the arrangements under the GATT as well as the new agreements negotiated under the WTO. They affirmed the founding principles of “most-favored-nation,” the binding of tariffs, national treatment, and effective enforcement of dispute settlement outcomes.

The Round to End All Rounds?

The first WTO ministerial conference was held in 1996 in Singapore, which focused on implementation of agreements to date but also began to consider topics relevant to international trade not yet in the ambit of the WTO, such as investment, trade facilitation, and competition laws.

A new round wouldn’t begin until November 2001. The agenda was ambitious. All countries agreed to negotiate further opening of their agriculture and manufacturing markets, remove barriers to trade in services, and expand intellectual property protections. At the center of the agenda was a desire to promote the participation of developing countries in the negotiations and in the global economy. At the tenth WTO meeting of trade ministers in December 2015 — fourteen years after the Doha Round began — trade ministers from over 160 countries failed to agree that negotiations should continue. Negotiations had been at an impasse, with positions unchanged for too long.

Frustrated by the lack of progress in the Doha round, many nations have turned to regional and bilateral trade arrangements as an alternative. As many as 279 regional trade agreements worldwide have been notified to the WTO. The United States now has 20 such agreements in force.

Given the increasing complexity of the global trading system, the stalemate in global trade negotiations, and the proliferation of regional and bilateral trading arrangements, members of the WTO realize they must evolve the institution and its processes to remain relevant to future negotiations. In the meanwhile, the WTO system continues to play a vital role overseeing the implementation of the GATT and providing a venue for members to discuss and advance rules-based trade amicably as commerce evolves.

Michael L. Unger is an adjunct fellow with the William M. Scholl Chair in International Business at CSIS. From 1971 to 1996, Dr. Unger was an international economist at the U.S. Department of the Treasury and the U.S. Agency for International Development (USAID). He negotiated in the Uruguay Round.