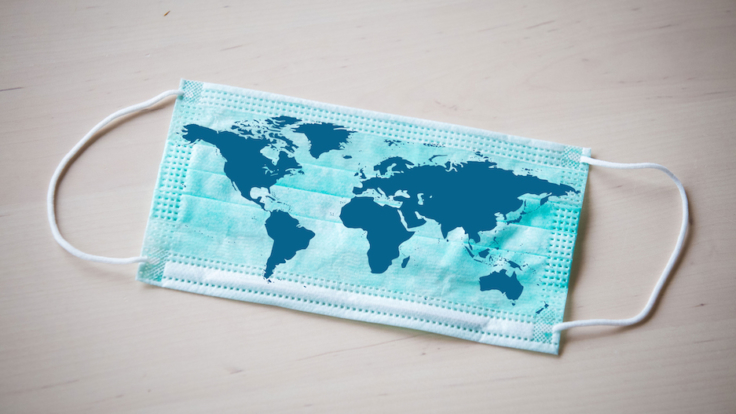 Humanitarian exemptions to economic sanctions enable trade in food and medicine as part of global health diplomacy. Looking at US sanctions against Iran, what lessons could be applied to the global pandemic response?

Iran has been among the worst affected countries from COVID-19, having emerged as an early hotspot outside China. As of April 7, there were an estimated 62,589 confirmed cases with over 3,800 deaths. Iran’s cases appear to have peaked in late March, but exact numbers are unknown due to the secretive nature of its totalitarian regime. Other countries throughout the Middle East began reporting cases in late February and continue to battle spread of COVID-19 due to travel linked to Iran.

US offers of assistance were rejected by Iran’s Supreme Leader Ayatollah Ali Khamenei, who said publicly on March 22, “You might give us a medicine that would spread the disease even more or make it last longer.”

According to the U.S. State Department, the United States has offered more than US$100 million in medical assistance to foreign countries, including to the Iranian people, and reports that Iranian health companies have been able to import testing kits without obstacle from US sanctions since January. The US government has urged Iranian leaders to be more truthful about its efforts to contain the virus.

US economic sanctions against Iran include a general exemption for US exports of agricultural commodities, food, medicines and medical devices to Iran and an authorization process to obtain licenses for a specific list of medical supplies and equipment not covered under the general exemption. Such licenses are usually given for one year.

The US government recently reinforced its messaging that sanctions are directed at the Iranian regime, stating: “[Sanctions] are not directed at the people of Iran, who themselves are victims of the regime’s oppression, corruption, and economic mismanagement.”

A 2019 Congressional Research Service report suggests US sanctions have limited access by the Iranian population to “expensive Western-made medicines such as chemotherapy drugs,” due to a lack of bank financing for such transactions and that the limited supplies that exist have gone to elites.

Underlying that decrease in trade, even of humanitarian-related goods and services, reflects a tendency toward over-compliance by banks and multinational firms that avoid transactions with Iran to minimize possible violations of US sanctions. Doing so, even inadvertently, could cut off their access to vital US financial markets. The US government has also explicitly cited concerns about the Iranian regime’s abuse of humanitarian trade to evade sanctions and launder money.

To close these loopholes, in October 2019 the Treasury Department announced a new payment mechanism “to facilitate legitimate humanitarian exports to Iran.” The measure restricts the role of the Central Bank of Iran in facilitating humanitarian trade, which the US government views as financing terrorism. It also imposes rigorous reporting requirements to thwart diversion of funds intended for humanitarian use.

By late February 2020, as the COVID-19 medical crisis unfolded in Iran, the U.S. Treasury Department issued a general license authorizing certain humanitarian trade transactions involving the Central Bank of Iran while also approving the use of a Swiss financial channel to finance such transactions.

The Swiss Humanitarian Trade Arrangement (SHTA) enables Swiss-based exporters and trading companies in the food, pharmaceutical and medical sectors to access a secure payment channel with a Swiss bank to guarantee payments for their exports to Iran. Novartis was the first Swiss company to send medicine for use in cancer treatments. Germany, France and Britain have also used this new channel to offer a US$5.5 million package to Iran to help fight the coronavirus.

Trade in food and medicine

Much has been written recently about governments restricting exports and otherwise increasing the cost of traded medical supplies during the pandemic.

For two decades now, the Trade Sanctions Reform and Export Enhancement Act of 2000 (TSRA) has ensured that each US country-based sanctions program provides for trade of agriculture, medicine and medical devices under a broad humanitarian exemption. This is intended to limit potential adverse effects on civilian populations who are not the target of sanctions.

The United Nations Security Council maintains 14 active sanctions programs that also include humanitarian exemptions driven by the belief that a supportive and healthy citizen population is necessary to achieve improvements in a sanctioned regime.

Recently, the United Nations Security Council approved a humanitarian exemption to sanctions against North Korea (DPRK) requested by the World Health Organization for diagnostic and medical equipment to address COVID-19. The United States supported this decision.

The health impacts of embargoes are difficult to isolate and quantify. They may not become apparent until years after resource shortages occur. Domestic production challenges can also play a role. For example, Iran produces 97 percent of its medicines locally, but a third of these drugs rely on active ingredients that are imported, according to the head of Iran’s Food and Drug Organization.

Although humanitarian trade exemptions are intended to mitigate shortages of essential supplies, totalitarian regimes are known for putting their goals before the needs of their citizens. The negative impacts of sanctions are often compounded by inequitable distribution or outright theft of essential goods and ongoing civil conflicts.

In any case, it’s difficult to know the net effect of sanctions and humanitarian trade exemptions because data on key indicators of health effects are often missing or unavailable from embargoed regimes. However, it is clear that enabling trade in essential goods like food and medical supplies has served a role in health diplomacy for decades.

During her career in international trade and government affairs, the author worked with pharmaceutical and medical device manufacturers to navigate US sanctions policies and requirements.

Sarah Smiley is a strategic communications and policy expert with over 20 years in international trade and government affairs, working in the U.S. Government, private sector and international organizations.