The political momentum for friend-shoring has sharply accelerated. But whether it significantly redraws supply chain maps will depend on how countries and regions deal with the economics of production - and whether China continues to inject uncertainty into its own trading order.

By the time US Treasury Secretary Janet Yellen proposed friend-shoring earlier this year to insulate global supply chains from disruption and economic coercion, policy makers and procurement and supply chain professionals had already been searching for ways to decrease trade dependence on China. The US-China trade war, the Covid-19 pandemic, Russia’s invasion of Ukraine, and the rapid growth of sanctions and export controls in many countries laid ample justification for such steps. And friend-shoring certainly is a happy-sounding moniker that evokes an idyll of a “safe” and more secure supply base less susceptible to political meddling. As China staggers its way through its zero-Covid policy, it would be tempting to write off its future as a manufacturing powerhouse. However, that presumption fails to recognize some of China’s unique strengths.

To understand why, we must consider the realistic prospects for friend-shoring, or near-shoring, or re-shoring. At the core of the issue are principles of tradability. We need to compare factor and production costs, the costs of transporting the product (or service), and the impact of the time it takes to traverse a distant supply line. The transport costs, as well as the costs and risks of having that inventory in the pipeline, must be less than the savings from producing in the low-cost country. Otherwise, a rational producer wouldn’t consider doing it. Of course, this doesn’t include the costs of disruptions, which historically have been unpriced. Historically most people have ignored such costs.

Low-cost and reliable seaborne container shipping and China’s opening up to the world during the last three decades led to a dramatic expansion of the tradable sector, and labor arbitrage. Employing Chinese workers for US$0.50 - $1.00 per hour when comparable wages in the US ranged from US$7.00 - $12.00 per hour fueled the offshoring boom. Moving production from a high-cost region, like the US or Europe, to a low-cost country like China was magic. A company had to spend money to build the factory, hire and train workers and managers, and establish an inbound supply chain of raw materials and components, but the expenses were readily paid for by the savings realized in product costs. The payback time might have been only a few years.

Now let’s say production moves from a low-cost country to a high-cost country. One would still have to go through all the work to set up production, train people, and establish supply networks. What will fund these efforts? For low value-density goods, where transportation costs have become a significant percentage of the overall product cost, maybe savings will come from logistics. Barring that, the more likely answer is price increases. This hasn’t sunk in for a lot of people yet, especially at the political leadership level.

Setting aside the potential manufacturing location choice, a core question is whether a high-cost producer can effectively compete, if its consumers won’t pay a price premium for improved supply chain resilience. There are several ways to approach this problem, including:

Many people voice loud support for the relocation of production closer to home, without fully internalizing the implications. “Good high-paying union jobs,” as many US politicians seek, can only be sustainable if the productivity gains are sufficient to overcome the cost differences. That is, unless and until consumers are willing to pay more for re-shored products.

This is less of a factor for near-shored or friend-shored production, but of course that depends on whom a nation classifies as friends. Does “friend” simply divide the world between free-market democracies versus countries that are aligned with authoritarian regimes in China or Russia? What if India keeps buying Russian oil? What if Vietnam keeps transshipping Chinese steel? What if Turkey and Mexico keep letting their politics strain their friendships? The argument for carving China out of supply chains risks ignoring the strong production capabilities in the country that will be hard to replicate elsewhere. In many traditional sectors like steel, auto parts, chemicals, and electronics, overinvestment has led to vast excess capacity and driven a race to the bottom, commoditizing global markets and making it hard for others to compete. State-directed policies, domestic infrastructure advantages, and construction industry demand have given its producers huge scale economies.

Another Chinese advantage lies in the production experience curve. Each doubling of cumulative production volume triggers a proportionate reduction in unit cost. Savings can be attributed to improvements in labor efficiency, specialization, work method, use of tools and equipment, product redesigns, material substitutions, and other improvements that collectively reduce production costs. In sectors like auto parts, batteries, appliances, electronic components, and flat panel displays, Chinese manufacturers have been able to move far down the experience curve thanks to their enormous cumulative production volumes, giving them substantial cost advantages.

The strength of China’s factory labor model, developed in the 1990s in coastal provinces like Guangdong, is one aspect of its manufacturing competitiveness that may not be widely appreciated. It has great allure for many business leaders who appreciate how it works. Factory complexes are like small cities, providing onsite housing for semi-skilled migrant workers and managers alike. Within these gated compounds, companies can deploy vast armies of workers to efficiently perform labor intensive manufacturing, and they can flex capacity by scheduling overtime. If you want to build ten million phones for your launch weekend, there are not many places in the world where you can do this, certainly not at the scale you can in China. Managers from Hong Kong and Taiwan helped create this model in the 1990s, leveraging their understanding of Chinese culture as well as the unique window in time of China’s opening up to the world. For those who have experience with the model, it is hard to beat. Firms have tried to replicate it elsewhere, like in India, but it doesn’t transplant easily.

The biggest risk to China: China itself

What is amazing to me is that with all the acrid rhetoric prior to the pandemic, Western businesses didn’t lose faith in Chinese manufacturing. If anything, during the first year and a half of the pandemic, China’s manufacturing looked stronger than ever. It was able to control Covid, and in this regard managed better than Malaysia, Vietnam, and many competing locales. Some production that moved out during the initial phase of Donald Trump’s trade war actually moved back during the pandemic, because China kept going and could produce and deliver. This was reflected in trade statistics, with month after month of record imports into the US.

What has changed the tone, and shaken the faith of many businesspeople, are the uncertainties inflicted by Chinese policies. Alongside significant value destruction, government actions and policy changes injected huge risk into the country’s tech and private education sectors. Siding with Russia on Ukraine hasn’t helped, but China’s zero-Covid strategy has caused the most turmoil. It caused chaos in factories, particularly around Shanghai and Kunshan during the extended lockdown earlier this year. It also created massive disruptions to the logistics relied upon by complex supply chains. The government’s willingness to shut down whole cities without regard to economic costs was foreshadowed when it shuttered key chokepoints like the Ningbo and Yantian ports during Covid outbreaks last year. But Shanghai’s lockdown may have been a turning point. Businesses hate uncertainty, and China has fueled it to a degree we couldn’t have imagined just a few years ago.

China has other things to worry about. Its population dividend is over, and those waves of young people are what fueled its factory model in the past. Maybe Chinese young people understandably don’t want those kinds of factory jobs anymore. This is a challenge that many other countries faced as they moved up the economic development ladder. I was struck when I visited the Lowell National Historical Park in Massachusetts several years ago. Lowell was one of the first planned industrial cities in America, and in the 19th century, it drew a workforce of women from the countryside to the textile mills. It looked just like the Chinese factory model, except it came more than a century earlier, and the US moved on from that model as the economy advanced.

And maybe young Chinese are tired of the “996” model, which means working from 9am to 9pm, six days a week. It’s part of the hyper competitive character of the Chinese market, and that hyper competitiveness has been a real strength. Where do we go from here?

The world might have turned the page on what was a golden age of globalization. Many people would happily return to a time when low costs and reliable logistics delivered products from the “workshop of the world” to consumers everywhere amid benign geopolitics. But change is upon us. The momentum for friend-shoring, or near-shoring, or re-shoring, is as high as I have ever seen. How big a role China plays in supply chains of the future will depend on how fast countries and regions scale up and deal with the economics of production. But it will also depend on what China does. It could continue to damage its enviable position as the workshop of the world, by injecting more uncertainty and more politics that leave itself and others worse off. Or it can lead the way back to its own manufacturing preeminence.

Willy Shih is the Robert and Jane Cizik Professor of Management Practice in Business Administration at the Harvard Business School. 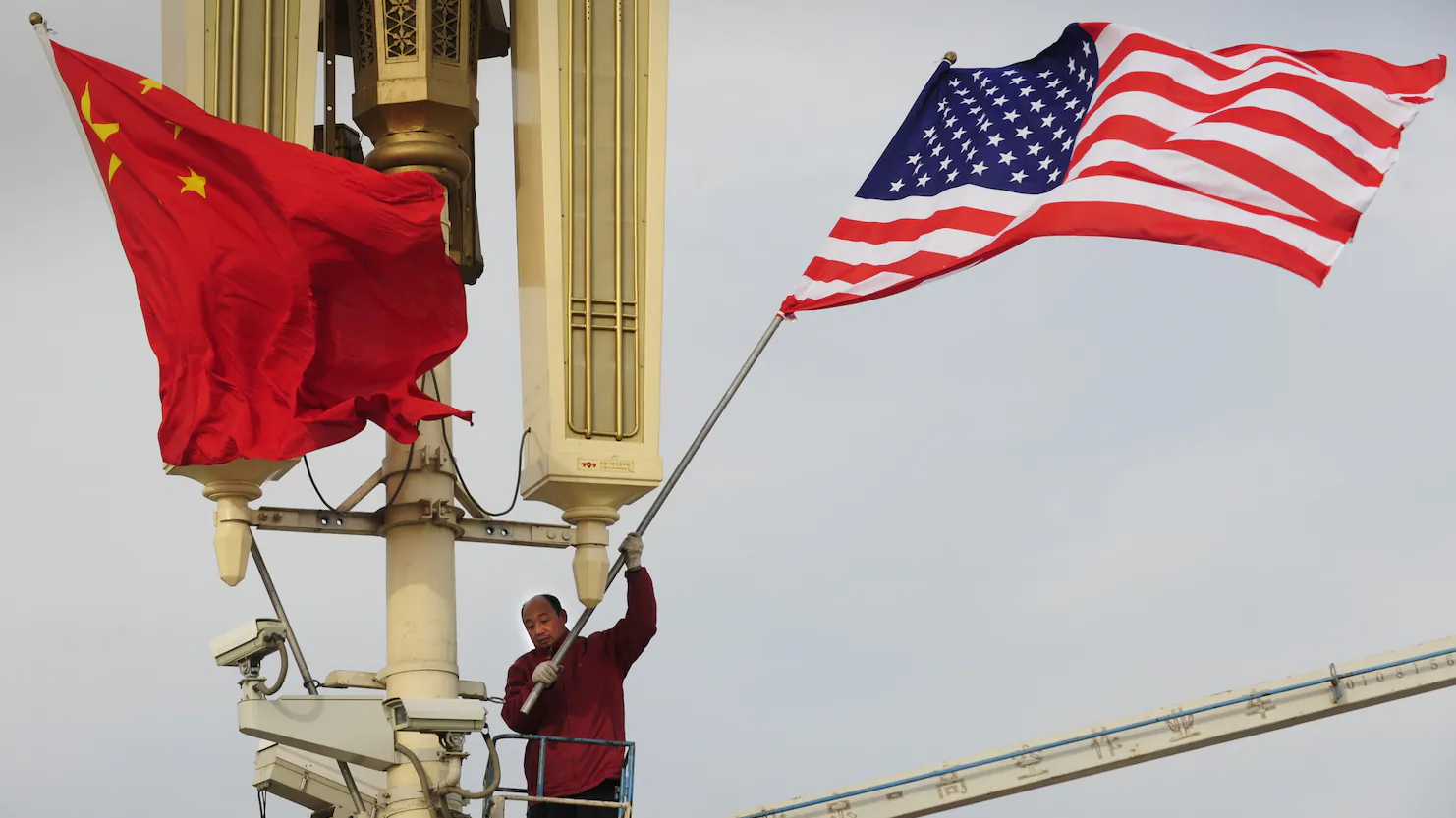