The advent of a “rainforest OPEC” between Brazil, Indonesia, and the Democratic Republic of Congo (DRC) signals that the world’s largest potential producers of carbon credits increasingly recognize the value of the assets under their feet.

A tripartite agreement struck on the sidelines of the Group of 20 summit in November could evolve into the Global South’s answer in the race for control over the world’s supply of carbon credits.

The agreement among Brazil, Indonesia, and the Democratic Republic of Congo (DRC) to cooperate on rainforest conservation underpins a greater ambition: The trio is joining forces in a bid to beef up negotiating power over a “new sustainable funding mechanism” for climate finance – a conversation currently dominated by developed nations.

Located on an equatorial belt of “mega-diverse” ecosystems, the three nations are home to more than half of the world's tropical rainforests, which are vital to trapping global carbon dioxide emissions. These resources are increasingly at the center of a decades-long struggle over who should pay for climate change.

Less developed economies have long argued that richer countries, many of whom helped create current environmental problems, should bear the greater financing burden, and respect the South’s sovereign right over its own development. As global carbon markets take shape, the budding “Organization of the Petroleum Exporting Countries (OPEC) for rainforests” wants global talks to provide “easily accessible multilateral financing” to developing economies to combat deforestation.[1]

The pact was borne of the trio’s growing frustration and increasing self-awareness of the Global South’s stature in climate politics. Compensation for conservation is a subset of broader grievances over the uneven social and economic impact of global climate change policy, broadly termed “climate justice.” As pointed out by Eve Bazaiba, the deputy prime minister of the DRC, conservation efforts are a “service” benefiting the international community.[2]

Such tensions also bedevilled December’s United Nations COP15 biodiversity summit. At the bedraggled end of two weeks of talks, conference president Huang Runqiu declared the summit a done deal despite objections from DRC and other African negotiators. Of the $200 billion a year that the summit agreed to devote to conservation, developing countries had pushed for half to flow to them from wealthier economies. Instead, the deal agreed only on $30 billion annually by 2030–a far smaller outcome that triggered the DRC’s complaint.

The Global North has generally offered more sticks than carrots to move the needle. The EU refused to ratify a free trade agreement with the South American trade bloc Mercosur due to concerns that it would trigger a surge in Latin American beef exports from cattle farming that continues to drive record rates of Amazon deforestation. The EU banned palm oil exports from Malaysia and Indonesia on the same basis. In December, the EU finalized legislation requiring companies to prove that key agriculture imports are “deforestation-free.”[3]

The US has sought a carbon credit trading system that critics say won’t do enough to offset the cost to low-income economies. New Zealand, Austria, and a handful of other developed economies have begun to set aside “loss and damage” funds to compensate developing countries more directly, but official negotiating positions in the North remain tilted against such a mechanism.[4]

In isolation, punitive measures are understandable. The problem lies more in the paucity of compensatory measures. The Kyoto Protocol’s credit purchase mechanism for carbon reduction projects for years excluded “avoided deforestation” (meaning forests that would otherwise have been cleared for commercial use), due to concerns that farmers could game such a system.[5] This was partially rectified in later years, though actual funding has been small. In 2019-20, only 2.2% or around US$14 billion of the world’s total US$632 billion in climate finance went to agriculture, forestry, fisheries, and related resource uses.[6]

The United Nations Climate Change Conference in 2021, or COP26, pledged to halt deforestation by 2030 in part through commitments from 12 developed economies to provide US$12 billion in forest-related climate finance in the 2021-2025 period. Now, one year later, government representatives at COP27 said just $2.7 billion of the fund has been spent, though a further $4.5 billion has been committed.[7] After failure to achieve agreement at COP27, finalization of the rulebook for an international carbon market – the symbolic goal set out in the Paris Agreement’s Article 6 – has been deferred to COP28.

Without a universal market standard, the result has been a hodgepodge of carbon pricing mechanisms worldwide from cap-and-trade to carbon taxes. Fledgling exchanges provide market signals, but prices run the gamut from less than $1 per emitted metric ton of carbon dioxide to more than $140.[8] Hybrid systems proliferate. Many businesses find the complexity frustrating. Potential sellers need to negotiate thickets of verification and fast-changing, often opaque regulations to reach a deal.

The absence of standardization doesn’t cripple a market, but it slows effective reporting and internationalization. Even as viable exchanges take shape from London to Singapore, a slew of middlemen such as private-equity brokers further complicate nascent pricing.

Governments, including in Southeast Asia’s mega-diverse belt, often balk at committing to long-term changes to their territorial concessions until they are clear that carbon prices meet their advantage. A current spell of carbon price weakness isn’t helping, as energy markets soar on the Ukraine war and global macroeconomic deterioration.

As with most commodities, scale matters in carbon markets. Rainforests, regardless of how virgin, must cover at least 20,000 hectares to be creditworthy. A peat swamp needs to have at least 10,000 hectares.

But the stakes are high, and the underlying trajectory of the marketization of conservation appears inexorable. Despite current weakness, policy makers, businesses, and analysts expect demand for carbon credits to rise exponentially, especially in key sectors such as aviation. Most airlines in 2021 committed to net zero by 2050. Even on optimistic scenarios of technological advancement, 19% of emissions reductions must come from carbon offsets or carbon capture and storage (CCS), which generate credit revenue. Carbon credits likely will play an outsize role as the construction of climate change infrastructure gathers pace. The rainforest-rich trio therefore is positioning itself courtside over a huge and increasingly sought-after pool of “natural capital.”

An Earth Innovation Institute study found that Brazil stands to gain up to $48 billion if it reduces emissions from Amazon deforestation by 90% by 2030, assuming carbon credits of US$30 per metric ton of CO2.[9]

But Brazil’s former President Jair Bolsonaro came to power on the back of pledges to unlock the Amazon for “development” and decrying foreign attempts to turn the Amazon into a “colony.”[10] Agriculture is Brazil’s largest export, posting a record $125 billion in 2021.

The sector expands at the rainforest’s expense. Bolsonaro won Brazil’s most recent election–by huge margins–in eight out of ten Amazon municipalities with the highest rates of deforestation. Most of Bolsonaro’s largest donors had ties to agribusiness.[11]

Though Bolsonaro’s methods were, they are reflective of a broader political reality: Any Brazilian leader will require hefty political capital to accede to Western pressure to reverse deforestation.

Can it really work?

The devil will naturally be in the detail of how Brazil, Indonesia, and the DRC plan to wield their leverage and whether they can actually work together effectively. Brazil and Indonesia notably ended up supporting the COP15 deal despite the DRC’s staunch opposition.

The nations are vital in the fight against global warming, but they lead the world in losing rainforests. Brazil destroyed 1.55 million hectares of forest last year, the DRC half a million, and Indonesia 200,000, according to a University of Maryland study.[13]

Globally, the pace of deforestation has slowed since appearing to peak in the 1980s, down 33% in the 2000s compared with the previous decade.[14] However, McKinsey analysis suggests that deforestation will need to decline 75% by 2030 to limit global temperature to increases up to the Paris Agreement’s targeted 1.5 degrees.[15]

The incipient cartel is not the first attempt to tighten intergovernmental control over rainforest conservation. The 53-member Coalition of Rainforest Nations has operated since 2005, though it acts more as a vehicle to educate and provide technical support to developing economies, rather than a conduit to redress climate justice.

The “rainforest OPEC” will first have to develop the capacity to arrest deforestation before it can capitalize control over carbon credit output. The track record is not in its favor. Deforestation continues apace in the DRC and Brazil. In Indonesia, a 12 year-old moratorium on forest concessions succeeded in saving just 150,000 hectares of dryland forest, amounting to 4% of Jakarta’s emissions reduction targets, a key study last year showed.[16] 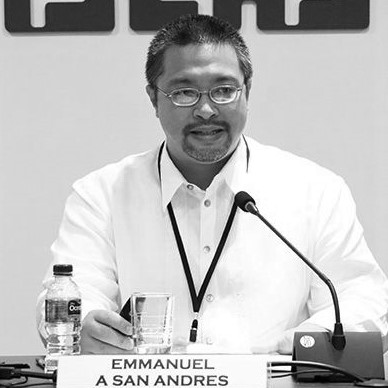 Indonesia, however, has initiated carbon projects in peat swamps, leveraging on a resource that, along with blue carbon, is 10 to 20 times more valuable than virgin rainforest, investors say. In nearby Malaysia, a 17,000-hectare peat project might yield US$4 million to $15 million annually in carbon credits–a range that reflects both the nascent market’s allure and its teething pricing challenges.

The advent of the “rainforest OPEC” signals that the world’s largest potential producers of carbon credits increasingly recognize the value of the assets under their feet. Environmental advocates hope it will open a way toward a more equitable funding mechanism. Even if it does evolve into collusion to reduce competition and exert price control, the formation of a cartel could still accelerate the development of global carbon pricing standards and methodologies.

In the race to mint a new currency for climate change, the international community may ultimately have no choice but to parlay with the cartel. That, after all, is the beauty of a cartel. 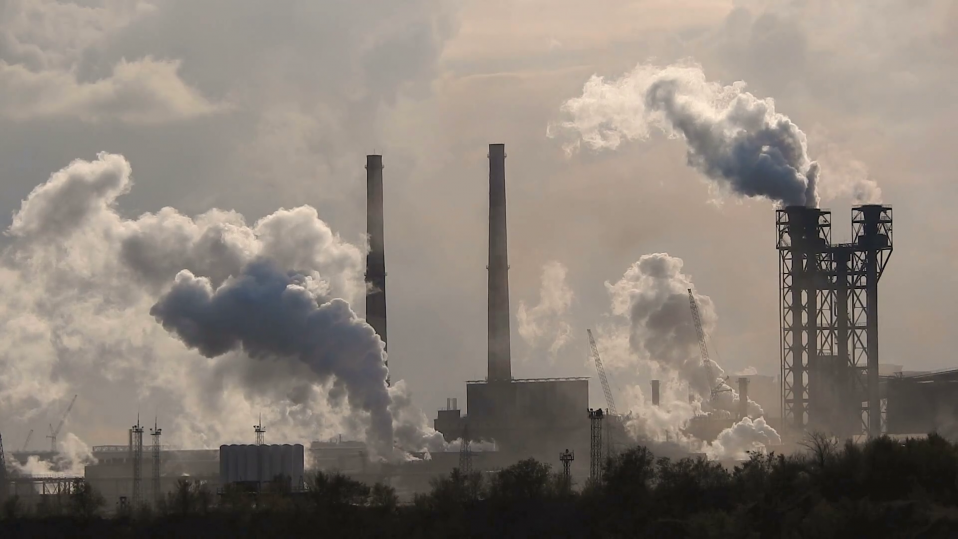