Is there a bright future for trade in education? 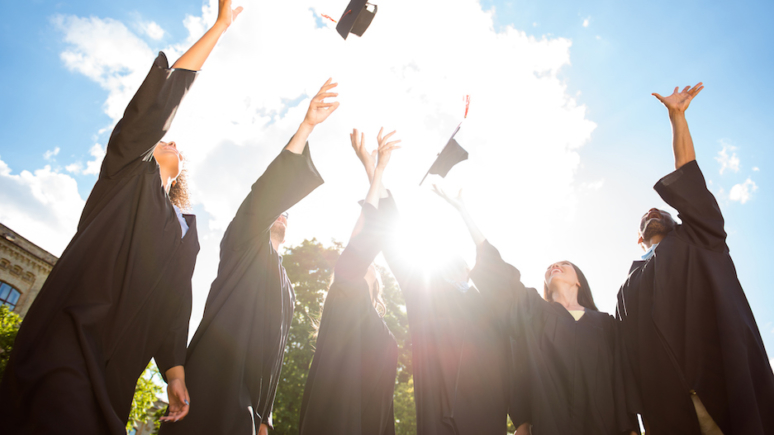 Educational service exports ranked 5th among all US services exports, valued at US$45.3 billion in 2018. But with the pandemic roaming, schools must incentivize new student enrollment and ensure safe returns to campus, if they want to keep hold of the huge benefits international students bring.

The arrival of Covid-19 sent students packing mid-semester as many universities continue to mull over options for restarting in-person classes in the fall. Many international students who had returned home for the spring break were unable to return to the United States to finish out their studies.

Travel restrictions and changing student visa rules will have international applicants questioning whether to pursue studies abroad. Universities are working to increase their capabilities to deliver courses virtually but online classes may be less attractive when part of the allure and prestige of American universities is associated with the campus experience. Prospective foreign students may also decline to enroll if they cannot network to secure post-degree employment in the United States.

This is happening against a backdrop of declining new enrollment in American universities by foreign students after a decade-long boom. New international student enrollment has decreased year on year since the 2016/2017 academic year, though the overall number of international students in the United States has increased as more students take advantage of Optional Practical Training, which allows them to stay under their student visa to work for one year. Education as an export for international students

During the 2017/2018 academic year, American educational institutions hosted over one million students. When foreign students come to the United States to study, those institutions are exporting their educational services. Perhaps surprisingly, educational service exports ranked 5th among all US services exports, valued at US$45.3 billion in 2018, according to the Bureau of Economic Analysis.

Educational services – to varying degrees – are being provided today in all four of these ways. Of course, the most traditional approach is for students to enroll and travel to attend classes in educational institutions abroad for a semester, a year or for a full degree. To a lesser extent, professors may travel to campuses overseas to teach in residence.

In the WTO General Agreement on Trade in Services (GATS), members have taken commitments to create more market access, enabling the expansion of global educational exports. However, education services still rank among the least committed of all sectors subject to GATS coverage (after audio-visual and energy services).

WTO members are not required to make any commitments to liberalize their markets for educational services and GATS provides exemptions for members to avoid commitments where services are supplied “in the exercise of governmental authority,” or in other words, providing a public service. Furthermore, where educational services are covered in a country’s commitments, they may maintain some limitations on foreign investment, or set limits on the number of service suppliers, on the total value of service transactions or assets, or other types of limitations such as ensuring that quality standards are maintained.

US is still top destination

The Organization for Economic Co-operation and Development (OECD) estimates that 8 million students will be studying abroad by 2025.

The United States has long held the number one spot for students seeking an international education. According to the Institute of International Education’s 2019 Open Doors Report, the United States played host to over 30,000 students per year during the 1950s. By the late 1990s, that number reached 500,000, and reached an all-time high of 1,095,299 students in the 2018/2019 academic year, including undergraduates, graduate level students, and students undertaking a one- or two-year post-graduation experience under their student visa. The US education system attracts students from virtually every country of the world. China sends the most students to the United States by far. India is a not-so-close second.

As a percentage of total students in higher education, however, the United States has relatively fewer international students than many other countries, at only 5.5%. By comparison, Australia’s average foreign student body is 28.0%, Canada’s 21.4%, the UK’s 20.9%, France’s 12.8%, and Russia’s 8.6%.

International students in the United States, as well as in Australia, Canada and New Zealand, pay on average double the tuition fees paid by domestic students. In the United States, this is largely due to the difference between in-state and out-of-state tuition at public universities, but in other countries, international students are charged separate – often much higher – tuition rates.

In addition to padding university budgets, international students bring additional spending to local shops and restaurants, and tend to travel in their host country, helping to support jobs in the community and through tourism. For example, NAFSA found that international students in the top two enrolling states, California and New York, contributed US$6.8 billion and US$5.3 billion to each state’s economy, and supported 74,814 and 59,586 jobs, respectively.

Graduating to the next level?

Educational service exports are facing some serious headwinds. If schools want to keep hold of the huge benefits international students bring, they must incentivize new student enrollment and ensure safe returns to campus. One country doing just that is Australia, which is trialing a pilot scheme to gradually reintroduce international students, whose presence in the country supports 259,000 jobs.