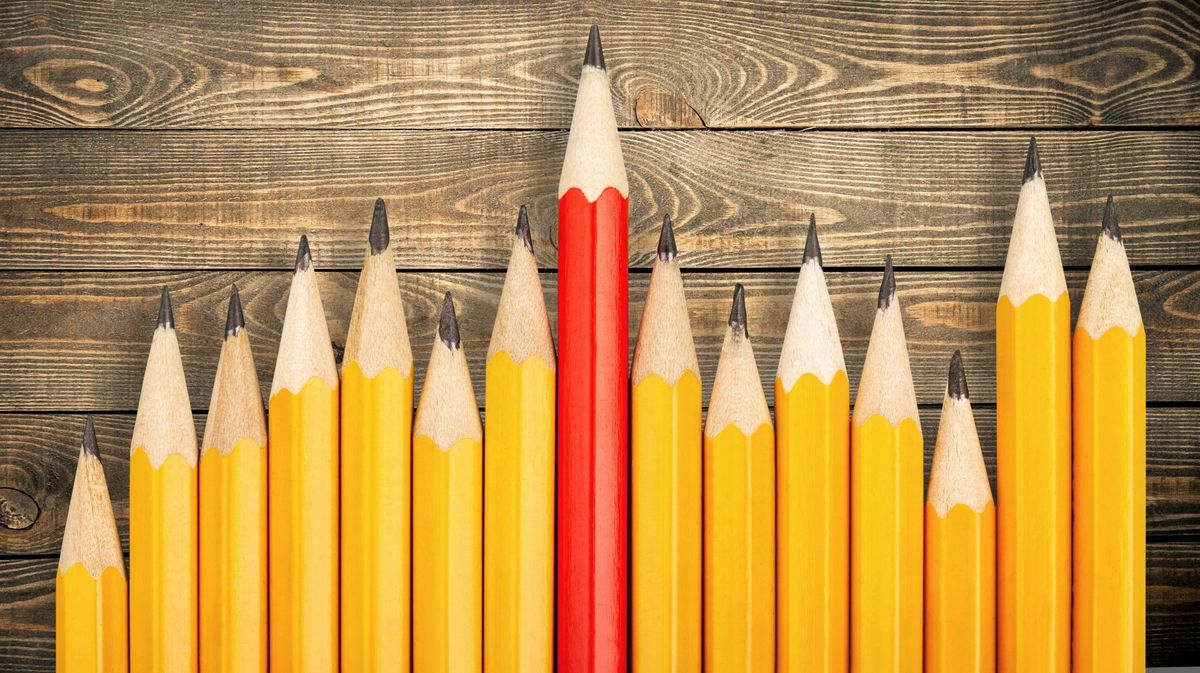 In the classic 1958 essay I, Pencil, Leonard Read opened a window for readers into the surprisingly complex supply chain of something everyone holds in their hand, the pencil. In this article, we revisit what can the global trade of pencils teach us about the complexity and nuances of modern American trade.

Pencils remind us of simpler times, when writing was an adventure and erasing life’s mistakes was easy.

In the classic 1958 essay I, Pencil, Leonard Read opened a window for readers into the surprisingly complex global supply chain of something everyone holds in their hand, the pencil. Read helps us realize that countless individuals are involved in logging, mining, processing, transporting, and manufacturing the California cedar, Sri Lankan graphite, Mississippi clay, and foreign and domestic copper, zinc, wax, and coatings combined to produce an elegantly simple pencil.

To Read, a pencil is a miracle. No single individual could make one and no “master mind” directs its production. Pencils are made nonetheless because of the “invisible hand” of free markets. In the decades since Read’s essay, commentators have observed that pencil making is not entirely the result of free market activity. Governments, too, support pencil production by managing forests, educating workers, and building ports and roads.

The question of where and how pencils are made has resurfaced in the current debate over American trade policy. In a recent campaign video by Senator Elizabeth Warren, she criticizes “giant ‘American’ companies” and their U.S. and foreign shareholders for “hollowing out” American communities. Warren offers as a proof point that “the maker of the famous no. 2 pencil” now largely imports pencils made in China and Mexico.

With pencils in the spotlight, we revisit what can they teach us about the complexity and nuances of modern American trade.

Is trade erasing US manufacturing?

American pencil production has plummeted over the last 25 years. According to the US International Trade Commission (USITC), the number of US pencil manufacturers fell from 11 in 1993 to four in 2016.

Dixon Ticonderoga — maker of the iconic green-banded yellow pencil — shuttered plants in Ohio and Missouri in the early 2000s, shedding hundreds of jobs. With the end of production by Sanford L.P. in 2014, US production and capacity plunged further — by more than half. During this period, the domestic share of America’s US$557 million pencil market declined markedly, while imports from China, Brazil, Mexico, and elsewhere more than quadrupled, growing from 6.7 million gross in 1993 to 28.8 million gross in 2016. (A gross is 144 pencils.)

What’s at the core?

There has been a significant “hollowing out” of American pencil manufacturing. But is the pencil industry representative of US manufacturing and trade generally? The data suggest it’s not.

America has lost five million manufacturing jobs since the mid-1980s. During this period, however, US manufacturing output has doubled. America is making more stuff with fewer workers largely because US factories are more efficient. Studies show that the loss of American manufacturing jobs is due primarily to improved technology, not trade. Economists at Ball State estimate that, overall, 87 percent of US manufacturing job losses between 2000 and 2010 were due to automation, while 13 percent resulted from trade. (Automation was by far the predominant cause of job loss for 15 of the 18 manufacturing sectors studied.)

There are, however, certain largely lower-tech US manufacturing sectors where trade has had a much greater impact. Foremost among these are furniture and apparel (Senator Warren’s video also highlights foreign production of Levi’s jeans) where economists estimate that trade accounted for some 40 percent of job losses. Pencil manufacturing is an example of a “mature” industry where there’s little room for manufacturing innovation but space for makers of high quality products for niche markets. Indeed, for American specialty manufacturers like New Jersey-based General Pencil, the process and equipment used to make pencils has hardly changed from over a century ago.

Can protection sharpen US production?

In 1994, the United States imposed antidumping duties on pencils from China, after finding that sales of Chinese imports at “less than fair value” were injuring US manufacturers. Imports of pencils from China fell sharply in 1995. By 1998, however, the volume of “subject imports” from China (six million gross) actually exceeded the volume during the original investigation.

The pencil industry isn’t the only manufacturing sector where efforts at protection have seemingly failed. Over 97 percent of clothing and footwear sold in America is made overseas, despite the fact that America has, for decades, imposed tariffs on these imports that often exceed 30 percent.

Back to school – With trade, the consumer wins

Is “Big Pencil” to blame for the loss in US manufacturing jobs? Or, are big retailers who seek lower cost pencils from overseas? While Dixon Ticonderoga isn’t a large company, it’s now owned by a larger Italian firm and imports most of its pencils. And, according to the USITC, there has been increasing consolidation among US wholesale purchasers of pencils. Office Depot and Office Max have merged and big box stores like Target and Walmart are buying larger volumes and seeking low prices.

These retailers are responding to demand for lower-cost imported pencils — in no small part from America’s parents.

Although there has been a resurgence in demand for high-quality, specialty pencils like the Palomino Blackwing and coloring pencils for stressed-out Boomers, most “commodity” pencils are sold during the “back to school” season. In recent years, schools are increasingly requiring parents to buy student supplies like pencils.

In 2018, American parents paid an estimated US$941 for school supplies and fees for each middle school child. These costs can be a significant burden, especially for low-income parents. Imported pencils — and binders and backpacks — can help moderate these costs. Studies show that middle-income, and especially lower-income Americans, gain significant buying power, stretching their dollars further, from imports.

The pencil has a storied history. According to pencils.com, Ancient Roman scribes introduced the use of thin metal rods as a stylus. In the 1800s, the best graphite was sourced from China. Although the first mass-produced pencils were unpainted to show off high-quality wood casings, pencil makers later painted them yellow, a regal color in China, to demonstrate the quality of the graphite within.

The simple pencil continues to both transcribe and itself illustrate complex stories, including the growth and effects of global trade. It can also evoke fond memories, like the time mine saved me on a pop history quiz in the 5th grade: