The EU's consideration of a carbon tax strikes at the root of China’s neo-mercantilism. Multinationals manufacturing and exporting from the world's largest emitter of greenhouse gas could face higher monetary costs, in addition to growing concerns about China’s geopolitical belligerence.

With an increasing number of countries committing to “net-zero” carbon emissions by 2050, clearly international economic policy is shifting towards a lower carbon future.

International trade will likely be deeply affected in multiple ways by the decarbonization process. During this transition to a green economy, countries incurring heavy costs will expect their emission reduction efforts to be matched by their trading partners. They may also try to ensure that other countries are not undercutting efforts to reduce greenhouse gas emissions. Border carbon taxes acting in a similar way to countervailing duties could well become more common.

To many embarking on a costly exercise in carbon reduction, there is little point if other parts of the world will carry on producing carbon at an ever-faster rate. Burden sharing will be key.

With this in mind, the EU is considering a carbon adjustment border tax. The idea is to ensure that imports are not undercutting domestic products by not complying with strict carbon reducing regulations. Imports from countries which fail to adequately price carbon emissions would face a levy equal to the carbon price the same goods would bear if produced domestically. In effect, the tax would level the playing field by preventing environmental regulatory arbitrage. The tax will likely be implemented as an extension of the domestic emissions trading system, ensuring that domestic industry is not disadvantaged by having to pay for emissions twice.

The EU will probably not be alone in pursuing such a policy. Under the Biden administration, the US may also explore the path of taxing carbon and more details may emerge over the course of 2021.

Such a policy direction may prove problematic for China and multinational corporations (MNCs) operating in China. As the most carbon-intensive of the three major economic blocs, China-made products are likely to be heavily taxed when imported. This strikes at the root of China’s neo-mercantilism. In recent decades, China’s manufacturing and export prowess has been driven by deep and broad industrial policy. The goal is to create self-reinforcing industrial clusters that enhance competitiveness, engineer comparative advantage, and help secure a dominant market share in many industries.

The de-carbonization of the global economy places China in a difficult position.

China generates the largest CO2 emissions in the world. [1] China’s carbon emissions are disproportionately large no matter how they are measured. A nation that accounts for about 17% of global GDP and 18% of the world’s population produces 28% of the world’s greenhouse gas emissions. China’s CO2 emissions per dollar of GDP are running at about 3 times that of the EU.

But what explains the higher carbon emissions in China is the country’s mix of energy sources combined with inefficient use – not the structure of its economy.

Manufacturing does play a role. In the past twenty years, China has more than quadrupled its share of global manufacturing, from about 6% to over 25%. Its export oriented industrial base has exploded in size, driven by foreign know-how and government, domestic and foreign capital. China has also become the world’s largest exporter. It has been the recipient of outsourcing from developed economies and has inveigled its way onto global supply chains. It now has the largest manufacturing sector in the world, from which 40% of the output is exported.[2]

However, manufacturing directly accounts for only a fraction of the emissions from China’s carbon-intensive economy. Globally, manufacturing is a relatively small direct contributor to CO2 emissions. About 73% of carbon emissions in the world are produced by the creation of energy. To significantly reduce overall emissions, actions must address this portion of emission production. As energy is also used in industry, manufacturing indirectly contributes more to emissions through its energy usage. Approximately 25% of total energy emissions can be attributed to industrial use.

The key culprit in China is coal. Some 60% of China’s electricity is generated by burning coal. China is also continuing to expand its coal fired generating capacity despite its vow to be carbon net neutral by 2060 with peak emissions by 2030. Today, for every unit of energy China consumes, it is producing about 50% more carbon than the US or EU.

As a result of its carbon intensive growth model and the economy’s rapid growth, China’s greenhouse gas emissions have multiplied four-fold since 1990, from 2.5 billion tons to 10 billion tons per year. This rise accounts for over 50% of the world increase since 1990. Annually, total emissions are about 3 times those of the EU and twice those of the United States. In contrast, since 1990 CO2 emissions in the US peaked in 2007 and have declined by an average of 1.3% every year.[3] In the same period, carbon emissions in the EU have shrunk by 23% while emissions from the UK fell by 41%.[4]

Subsidies contribute to carbon intensity. Energy policy is a major plank of China’s industrial policy. Estimates of state subsidies to various forms of energy production in China vary widely, but they are all considerable.

Take, for example, the coal industry, which directly employs about 2.6 million people. The Global Subsidy Initiative (GSI) estimates that the industry receives subsidies of USD 25 billion annually versus USD 17 billion of subsides for renewables.[5] In aggregate, the GSI estimates China’s subsidies for fossil fuels are running at about USD 100 billion a year. These subsidies of course encourage the use of fossil fuels and negate some of the need for efficiency improvements. China is also sponsoring new coal-fired power stations in developing nations under its Belt and Road Initiative. 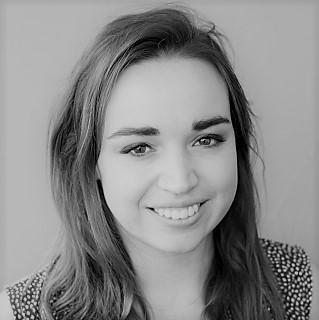 Where does this leave MNCs operating in China?

Foreign companies operating in China appear to be buffeted by the perfect storm of events. China’s geopolitical belligerence continues to alienate large parts of global public opinion and cause public relations issues for MNCs deeply engaged in China. The Trump administration’s tariffs are yet to be removed, technology sanctions remain in place and reports of human rights abuses appear to embroil many more companies. The profitability of doing business in China needs to be weighed against the reputational damage of association with the regime.

Future environment policies may now impose a monetary cost on businesses manufacturing in China for export. A move towards pricing carbon emissions and using market mechanisms to crowd out high carbon emitting producers is likely to penalize China-made products, leveling the playing field and potentially removing a long-standing financial incentive to locate manufacturing in China. Over the coming eighteen months, we could see renewed vigor in industrial relocation out of China driven by carbon taxes.