The case for free trade has always been a tough sell. While trade is an economic endeavor, trade policy is the product of politics, where perceptions often matter more than facts. Domestic politics, national security concerns, and geopolitics conspire against the economics and the prospects for resuscitating multilateralism.

For this series on the benefits of trade, seasoned expert Daniel Ikenson of ndp | analytics examines the unique challenges of the present and reminds trade enthusiasts and policymakers of the fundamental purpose of international economics and global trade.

A set of infographics by Visual Capitalist reiterates the message that the trend against global trade is counterproductive to the collective goal of improving standards of living.

Indeed, a closer look reveals that the high-water mark for trade took place between 2001 and 2008. One might interpret this as evidence of globalization peaking in 2008 and waning ever since. Trade continued to expand after 2008, but its share of GDP has trended downwards.

Download Infographic: Globalization at a crossroads – why the world needs free trade The world remains deeply connected on trade despite political turbulence across continents. Trade as a share of global value grew by 23%, from 46.8% in 2001 - the year China joined the WTO - to 57.6% in 2019. By this metric, the world became more integrated in the first decades of the 21st century. But trade as a share of global GDP peaked between 2001 and 2008. Since then, globalization through trade has declined. Despite this downward trend, we continue to reap the benefits of trade from imports, which deliver more competition, greater variety, lower prices, improved quality, innovation, and specialization. The economic diversification enabled by trade liberalization increases efficiencies in production. This allows countries to absorb and rebound from shocks and generates higher living standards. The global trading system was built on the shaky foundation of mercantilist reciprocity. This approach has reinforced a flawed way of thinking about trade that helps explain the rise of protectionism and the ease with which some governments flout their commitments to the trade rules in favor of unilateralism. The first paper in the series by Daniel Ikenson examines the challenges facing global trade as protectionism and unilateralism rise. Trade liberalization is not a universal remedy that produces the same positive economic and social gains in all settings. However, trade openness is necessary for developing countries to sustain economic growth and social progress. Daniel Ikenson’s second paper demonstrates that economies more open to trade and investment tend to grow faster and attain higher levels of social development than economies that are relatively closed. 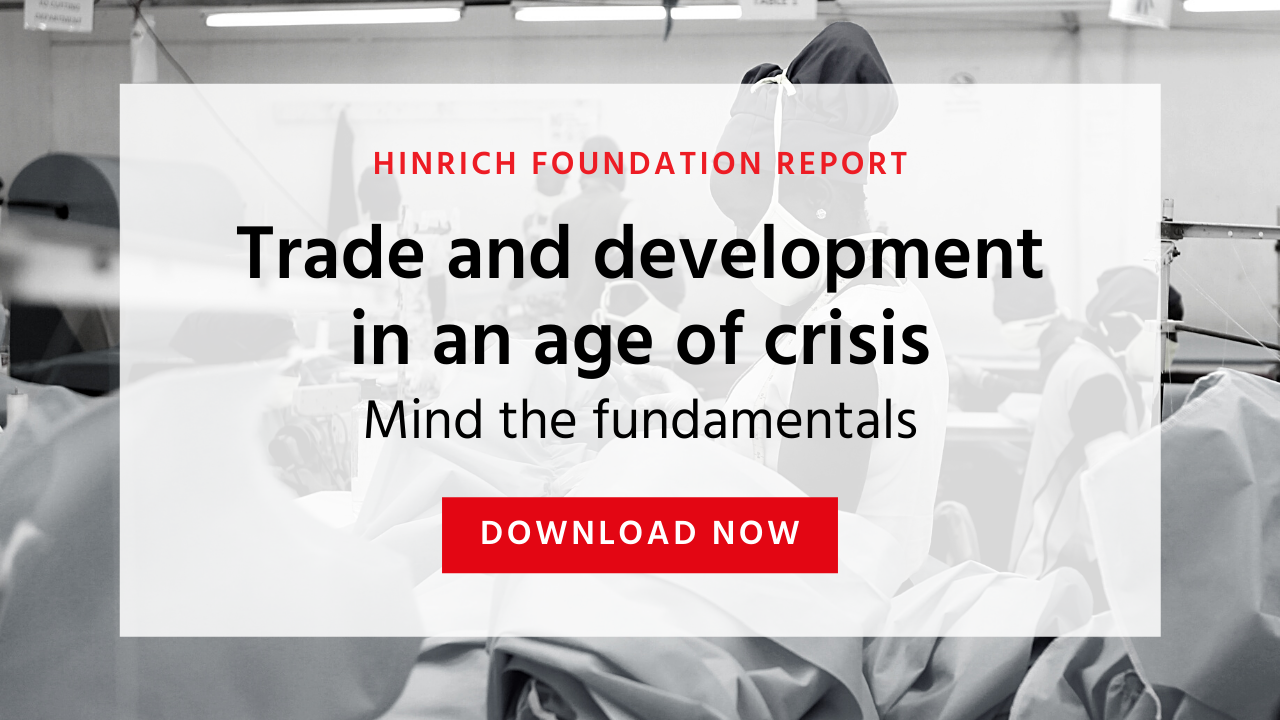 Foreign direct investment (FDI) has been essential to many economies and integral to the process of globalization. In recent years, the benefits of FDI have been threatened by geopolitical risks and chronic supply chain disruptions. The third paper of this series by Daniel Ikenson examines any security gains achieved from the retrenchment of trade against the potential costs of deglobalization.