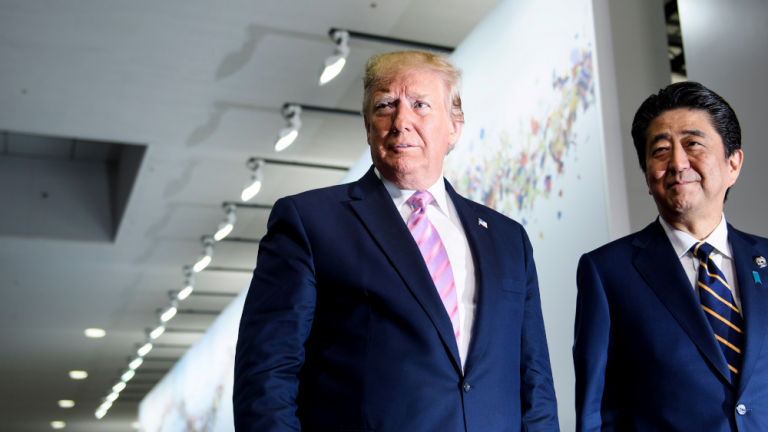 The US and Japan have decided to pursue a mini-deal on agriculture and autos before discussing a more typical full-scale FTA. This two-step approach has three far-reaching implications.

With Japan’s Upper House elections concluded in July, the way has now been cleared for US-Japan trade negotiations to swing into full gear. The countries agreed last September to an unusual two-stage approach, first pursuing a smaller, more limited agreement covering “trade in goods”, to be followed by a broader negotiation on “other trade and investment items” which is expected to yield a more typical full-scale free trade agreement.

The key elements of the initial “mini-deal” are understood to consist primarily of Japan offering agricultural market access on par with what it has provided in the CPTPP (Comprehensive and Progressive Agreement for Trans-Pacific Partnership), in exchange for US concessions in the automotive sector.

The rationale behind this framework makes obvious sense for both countries.  US farmers are reeling from the US-China trade war.  Worse yet, they’ve also lost market share in Japan to big agricultural exporters like Canada and Australia who benefit from preferential access to Japan provided by their membership in CPTPP.   Japanese tariffs on beef have already dropped from 38.5 percent to 27.5 percent for CPTPP members, and that will eventually drop to 9 percent – along with eased quotas for members of the agreement.  Putting US farmers back on an equal footing in Japan will provide much needed export opportunities for this vital part of the President’s political base.

For Japan, few sectors are more important than automotive.  It is Japan’s top export sector (roughly $99.1 billion in 2018) and Japan is the second largest auto exporter to the US, behind Mexico. The still pending US national security investigation into automotive imports, which could result in the application of hefty tariffs, is scheduled for decision by mid-November.  Securing an exemption from these so-called Section 232 tariffs, as well as ideally obtaining reductions to existing auto part tariffs is therefore a top objective for Japan.

Officials in both countries have voiced optimism that the initial agreement could be concluded very rapidly, perhaps in time for the convening of the UN General Assembly in New York in late September.

If things do in fact proceed along the anticipated lines, it will test three highly impactful propositions:

The US announcement in May 2018 of a Section 232 investigation into the potential national security threat posed by the importation of automobiles was met with widespread incredulity from close trade partners.  The idea that a Honda or BMW in an American driveway threatened US national security seemed absurd.

The more plausible explanation is that the Administration intends to use the threat of these tariffs as negotiating leverage to secure trade concessions from large auto exporting countries.  This is evident in the dynamics already taking shape around the US-Japan initial negotiation.  The US hopes to gain market access in agriculture in exchange (in whole or in part) for an exemption from a specious trade action that could not be seriously justified on the ostensible basis upon which it was launched.

If this approach succeeds, expect to see other countries apply or threaten to apply dubious trade sanctions as a means of “strong-arming” concessions from trade partners.  This would signal the start of a much more “hardball”, transactional approach to trade negotiations and would constitute a marked departure from the approach most nations have pursued in the post-war era.

2. Can Congress reassert itself or will further trade authority be ceded to the President?

Part of the attraction for the US administration of pursuing the “mini-deal” approach is the assumption that it can circumvent Congressional approval.  Full blown free trade agreements are typically subject to Congressional approval under Trade Promotion Authority (TPA) which requires the executive branch to consult closely with Congress, and then submit the agreement for an “up or down” vote, with no amendments permitted.  As is currently playing out with the revised NAFTA agreement, Congressional ratification can be complicated and messy, even under TPA.

Technically speaking, the President likely has the authority required to pursue the currently envisioned “mini-deal” without Congressional approval.  Section 232 provides the President with wide authority to negotiate with partners, and the president also has the unilateral authority to reduce tariffs under 5 percent.  (A large portion of auto part tariffs are in the 3 percent to 6 percent range.)

While this would arguably be permissible it would run contrary to the spirit of partnership that most administrations have traditionally attempted to forge with Congress on trade.  If Congress fails to reassert it prerogative, the playing field will continue to tilt towards a more executive-branch-driven trade policy in the US.  And within the executive branch, we are already seeing the President himself relying less on trade advisors and more on his own counsel in the conduct of US trade policy.

A bedrock principle of the multilateral trade system has been the concept of Most Favored Nation (MFN) treatment, meaning that all WTO members must receive the most favorable trade terms that are accorded to any WTO member.  A member may however provide more favorable trade terms to one member over the others if it is part of a comprehensive bilateral or regional trade agreement which covers “substantially all trade”.  So, for example, it is entirely permissible for the US, Canada, and Mexico to provide each other with more favorable tariff treatment because these preferential tariffs are part of the larger NAFTA agreement, which covers “substantially all trade”.

As with many WTO or GATT codicils, the terms of this provision (contained in GATT Article XXIV) are somewhat vague.  The precise definition of what constitutes “substantially all trade” has never been spelled out or fully tested, and legal arguments could undoubtedly be made that the anticipated “mini-deal” would comply under the article’s provisions.  To put things mildly however, there would be substantial ambiguity over whether such an agreement would be WTO compliant.

If the US and Japan, two of the largest trading nations in the world, and two of the historical stalwarts of the multilateral trade system are potentially prepared to run roughshod over foundational principles, it will be yet another serious body-blow to the already weakened World Trade Organization.

Ultimately, this “small” deal between the US and Japan could have big implications for the conduct of US trade policy and the broader trade system.