Working class Americans have been unable to compete for jobs. So long as these workers feel left out of the economic mainstream, they will remain a potent political force, including in the upcoming 2020 election.

President Donald Trump staked his successful claim to the US presidency with his appeal to the discontents of blue-collar America – i.e., non-college-educated Americans who have perhaps been the hardest hit by globalization and technological change.

The same voters are the target of some of Trump’s Democratic 2020 challengers, most notably former Vice President Joe Biden. Biden, for instance, launched his campaign in a Pennsylvania union hall, declaring himself to be “a union man, period.”

Both Biden and Trump are right to focus their attentions on this group of Americans, whose fortunes have not risen with the overall economy but stagnated or even fallen. Without the benefit of higher education, working class Americans have been unable to compete for jobs demanding specialized technical skills, while the places they live have been hollowed out by shifts in global supply chains and the death of low-skilled manufacturing. So long as these workers feel left out of the economic mainstream, they will remain a potent political force, including in the upcoming 2020 election.

Last year, I was privileged to be part of a bipartisan working group convened by Opportunity America, the Brookings Institution, and the American Enterprise Institute charged with devising a policy agenda aimed at restoring opportunity to working Americans. What we found paints a troubling portrait of a group of Americans in dire need:

One in eight US households belongs to the working class.

Because there is no formal definition of the “working class,” we defined it to mean Americans with at least a high school diploma but not a four-year college degree with incomes between the 20th and 50th income percentiles (roughly, between US$30,000 and US$69,000 a year). By that measure, about 15.8 million American households – including 29 million adults and nine million children – fall into this category. And while the majority of this group is white, they are not overwhelmingly so. In fact, 41 percent of working class Americans are minorities.

Working class wages are flat compared to both the wealthy and the poor.

A likely key source of discontent for working Americans is that their wages have barely budged over the last 30 years, while they’ve seen their more affluent peers shoot ahead. From 1979 to 2016, the average wage of a working class American rose just US$2,917 (in 2016 dollars), while the top half of Americans saw their average salaries rise by 51 percent, from US$46,267 to US$69,695. In percentage terms, even the poorest Americans saw their wages rise at a faster rate than the working class. Homeownership rates and wealth have plummeted for working class households.

Working American households perhaps took the greatest hit from the housing and financial crisis, and they still have not recovered. But even before the crash, homeownership rates and net wealth among this group had been falling. In 2016, just 57 percent of working class households were homeowners, compared to 68 percent in 1980. Meanwhile, net wealth, which reached a high of US$50,700 in 2001 (in 2016 dollars) has fallen to US$32,300. Many factors explain the decline of the American working class. The manufacturing economy that was the mainstay for these workers has diminished and, in many places, vanished; union membership has declined precipitously; the rising premium on higher education puts less-educated workers at a severe disadvantage. Many working class Americans are also geographically isolated from the parts of the country where jobs and opportunity are more abundant. The bulk of working class Americans live in small and medium-sized towns and disproportionately in rural America, versus the coastal cities where the educated elite have increasingly tended to congregate.

What’s happened with working America is also potentially just the tip of the iceberg – as technology and automation disrupt more industries and jobs, many more workers both in the United States and globally could find themselves displaced.

Unfortunately, as has happened all too often in the political debate, trade and trade agreements have borne the lion’s share of the blame for these disruptions, rather than the larger forces of globalization and the absence of effective public policies to help workers better adjust to a changing economy. Improving workers’ economic circumstances will require a clearer view of workers’ needs, more investment in training and skills, and a more nuanced debate about the role of trade’s impacts on Americans’ economic circumstances. 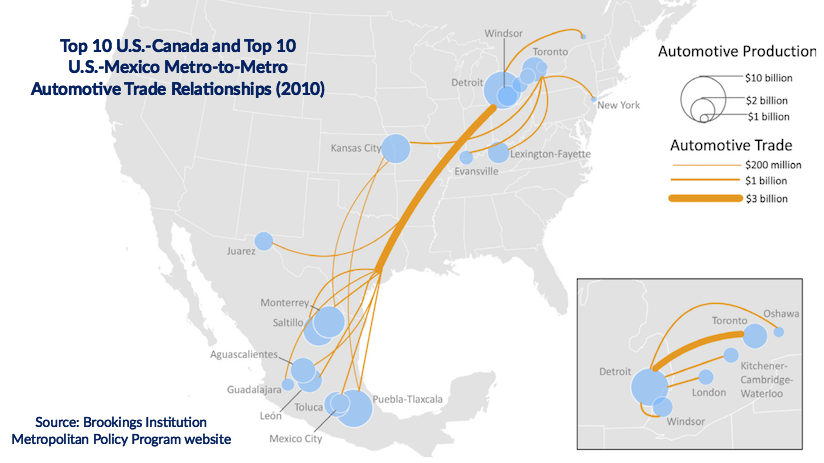