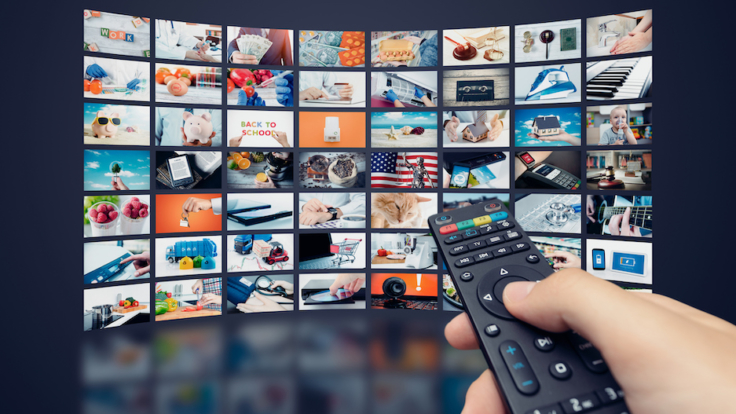 Streaming movies online has been growing in popularity in recent years, but the coronavirus has accelerated the trend. Unfortunately, where consumer and commercial trends go, trade policy barriers may follow.

During our collective stay-at-home period, movie streaming has grown to the point where industry analysts are wondering whether many people will return to movie theaters. Netflix reported 15.8 million new subscribers for the first quarter of the year, more than double their forecast, according to the Wall Street Journal. Some studios are eschewing the traditional theatrical release and going straight to digital. As some indicator of how the trend is taking off, the Motion Picture Academy has said that — just for this year — movies released via streaming would be eligible for the upcoming Oscars.

Streaming movies online has been growing in popularity in recent years, but the coronavirus has accelerated the trend. Unfortunately, where consumer and commercial trends go, trade policy barriers may follow.

Movies both reflect and shape our national cultures. Hollywood has traditionally dominated among international viewership (a phenomenon that has been shifting over recent years), sometimes to the consternation of “keepers of culture” in other countries. As far back as the 1920s, European countries offered subsidies to domestic film producers and imposed so-called screen quotas to establish a minimum number of screening days for domestic films. The OECD keeps track of restrictions on services trade in OECD member countries, including audiovisual services, the category under which movies fall. According to the OECD, eleven countries still today reserve a quota for local motion pictures shown in theaters or on television.

Other measures to shore up local culture against the tidal wave of cultural influence that is Hollywood include import quotas, tax breaks to domestic film industries, foreign investment restrictions, requirements for local sourcing of cast and crews, and blackout periods during which no new imported films may be released, often during prime movie-going periods or timed to political events. Such measures discriminate against the film industries of other countries and constitute barriers to trade. Policymakers have sought to address screen quotas in trade agreements such as the WTO’s General Agreement on Tariffs and Trade (GATT) and the original North American Free Trade Agreement (where Mexico agreed to reduce its screen quotas). Provisions to remove barriers to audiovisual services have also been included in many recent bilateral free trade agreements.

In the case of Korea, whose vibrant film industry reached a pinnacle of global recognition with the Academy’s choice of Parasite as Best Picture in 2020, formal restrictions targeting foreign films date back to Korea’s Motion Picture Law of the 1960s. The Korean government abolished its import quota in the late 1980s, and only after the Motion Picture Export Association of America (MPEA) in 1985 filed a complaint (later withdrawn) with the U.S. Trade Representative under section 301, the same tool being used today to try to address China’s technology transfer requirements. In 2006, just prior to the Korea-U.S. (KORUS) free trade agreement negotiations, Korea agreed to reduce by half its screen quota from a minimum of 146 days to the current 73 days per year.

While cultural protections for film have traditionally focused on theatrical screenings, screen quotas don’t work in the digital era, where on-demand audiovisual services such as Netflix and Amazon Prime are increasingly capturing viewership. As a result, new forms of trade barriers are popping up.

For example, China has imposed tighter regulatory controls in recent years, limiting foreign content purchased for streaming in the Chinese market, which has over 850 million digital consumers. US streamers must license their content for China under a 30 percent streaming quota. Chinese content, however, can reach global audiences through video streaming platforms with no such numerical limits. In today’s tense political environment – and with China marking the 100th anniversary of the establishment of the Communist Party in 2021 – we could anticipate increased censorship, which would exacerbate the problem of foreign content scarcity while simultaneously elevating the risk of piracy and other illegal distribution of unauthorized content.

In line with a longstanding European Union (EU) focus on protecting the European film industry, the EU passed a law in late 2018 that requires Netflix, Amazon and other online streaming services to dedicate at least 30 percent of their output to films made in Europe, which they must subsidize by either directly commissioning content or contributing to national film funds. Regulation now applies similar rules to similar services, whether online or offline.

US and European trade discussions are now focused on a limited set of issue areas, but in an earlier push for a Transatlantic Trade & Investment Partnership (TTIP) in 2013, the camera zoomed in on issues of culture in trade negotiations. At the time, the European Commission was given a negotiation mandate that expressly excluded opening the European audiovisual sector to competition from US firms.

The streamed show must go on

In a 2019 submission to the U.S. Trade Representative, the Motion Picture Association pointed out that the industry’s international sales “now depend increasingly on member companies’ ability to capitalize on major distribution windows in the digital market.”

The need to remove barriers to stream internationally and enable competition holds true for online streaming as it has for many years for screening in theaters. As streaming gains momentum, trade agreements will continue to tackle the array of barriers the US film industry faces abroad, from intellectual property challenges to subsidies to foreign investment restrictions. Likewise, negotiators will work to advance market access for creative content as it flows through both traditional and new distribution platforms. After Parasite’s surprise Best Picture Oscar win, who knows if 2021 may bring our first direct-to-digital winner? Put your feet up and get the popcorn ready.