The task at hand for the Biden administration is daunting but straightforward: Redefine and cogently articulate a new US approach to global trade in a post-free trade world. Whatever a national discussion might produce, it will be better for both the US and its partners if everyone understands the vision it is hoping to achieve. Ambiguity only serves to heighten the risks.

Although you would never know it from listening to the national discourse in the US, global trade has hit its most significant—and potentially perilous—inflection point in three-quarters of a century. Much of the prosperity and relative peace of the post-World War II era was built on the back of a cooperative trade system that progressively deepened global economic integration.  Thanks to rising geostrategic tensions, a hopelessly out-of-date trade rulebook, and questions about the economic and social costs of free trade, that system is now disintegrating before our eyes. We are entering a new era characterized by adversarial trade relations and a fragmenting trade system.

Trade in a post-free trade world

Unfortunately, US leaders have failed to debate, define, and articulate a new modus vivendi on trade that matches the world as it is today. To be clear, this is not about spewing empty bromides on a “worker-centric” trade policy, “getting tough with China”, or building “resilient supply chains.” We have already had more than enough of that talk. Instead, it is about building a rational and compelling argument in support of a well-conceived new approach to trade. It is about having an adult conversation on the complex trade-offs that must be weighed, the costs that will be incurred, and the sacrifices that will be required. Above all, it is about establishing an overarching vision for how the US will approach trade in a post-free trade world.

This discussion would necessarily begin with a frank assessment of what we got wrong in the past. The rosy world of trade we optimistically anticipated during the 1990s era of hyper-globalization has failed to materialize. Reading some of Bill Clinton’s upbeat speeches made in the run-up to China’s WTO accession in 2001 is almost cringeworthy today, given his misguided assumptions. The discussion on the future of trade must also acknowledge that the world has evolved in ways few could have foreseen and spell out why a new approach is necessary.

Leaders are supposed to lead

When future academics are writing the history of our current age, the transformation we are living through in trade will be seen as a major historical milestone of global significance. Given what is at stake, one would hope that both ends of Pennsylvania Avenue — Congress and the White House — would be engaged in a thoughtful and serious public debate on the issues. But that really hasn’t happened. With a few notable exceptions, Congress, typically zealous in protecting its prerogatives, has been more than happy to hand the trade hot potato to the Executive Branch. Remarkably, Congress won’t even debate and take a vote on the Biden administration’s only prominent trade initiative—the Indo-Pacific Economic Framework (IPEF). Despite some recent pushback from the Senate Finance Committee, it is expected to be implemented through Executive Orders. And most of the trade-related provisions of the CHIPS Act had to be stripped out before it could be debated, voted on, and passed into law.

At the other end of Pennsylvania Avenue, the White House has been consistent in signaling that trade is far down on its list of priorities. To her credit, Katherine Tai, Biden’s trade chief, has spoken consistently about the need for a new, more holistic approach to trade, but the conversation has not been front and center in the way it needs to be. Treasury Secretary, Janet Yellen has been vocal about friend-shoring, but she has been silent on how exactly it would work and what the costs might be. Commerce Secretary Raimondo has been a hardliner on technology trade with China but has steered clear of a candid assessment of risk.

So, why are US leaders ducking the substantive, serious-minded discussion on trade that the moment demands? It’s hard to say precisely, but three factors are probably in play: They haven’t quite figured things out themselves. They are not sure how it will play politically. They don’t think the American people care enough or are smart enough to understand the complexities.

The task at hand for the Biden administration is daunting but straightforward: Redefine and cogently articulate a new US relationship with global trade. Platitudes will not suffice. “Ensuring a level playing field” does not constitute a trade policy. It is what people say when they have nothing meaningful to say about trade.

The discussion and debate must necessarily address the following points:

1. What is the overarching objective of trade?

In the past, the objective of trade was clear: to maximize economic efficiencies, bolster economic development, and ideally foster peaceful coexistence. From any point of view, that objective was largely achieved in the post-war era. What is the objective in this new era? Is it security? Is it to maintain technological superiority? Is it the construction of formal or informal alliances? Is trade simply another arena in which geopolitical rivalries will be contested? What metrics will be used to judge the success of this new approach to trade? If the new strategy works perfectly, what will the world look like in five years, ten years, and beyond? People cannot buy into a vision they cannot see.

2. How will the China trade relationship be managed?

The US and China are inexorably moving towards a decoupling, to one degree or another, in their trade and investment relationship. The only open question is to what extent. What is the calculus that will determine how far along in the decoupling spectrum the two economies will progress? How will trade that is “acceptable” be distinguished from trade that is “unacceptable”? In other words, if it is forbidden to sell semiconductors to China, explain why it is permissible to sell soybeans. How is China expected to respond to steps taken by the US, what are the pain points, and how should the US counter-respond? When the various chess moves and countermoves are executed, will the US be better off or worse off? If these things are not properly thought through in advance, the chances for a misstep multiply. 3. Be frank and honest about what sacrifices or trade-offs might be required.

If the US will focus its trade relationships on countries that share its values and geostrategic outlook, what might that cost, and why is it necessary? It is likely that citizens will feel it in their wallets and companies will see it in their bottom lines.  People have a surprising capacity to sacrifice when they can see the necessity for, and the long-term benefit from, these sacrifices. Sugarcoating the costs could result in squandered credibility.

4. What should be expected of US companies in this new era?

US companies have been at liberty to essentially act as “free agents,” pursuing profitability in their trade, investment, and sourcing decisions, even when their actions run contrary to US national interests.  We need a debate on whether that still holds today. In 1953, the President of General Motors essentially told the US Senate during Congressional testimony that  “what’s good for GM is good for America and what’s good for America is good for GM." If Tim Cook were to make a similar claim today about Apple, it would elicit derisive laughter. This is a fundamental question that deserves thoughtful discussion.

5. Is the application of values to trading relationships absolute or relative?

For instance, if the US bans importation of running shoes from one country perceived to be in violation of human rights, by the same logic, shouldn’t the importation of oil from another country with a questionable human rights record also be banned? If not, explain the standards that will be applied and the basis for giving some a free pass.

The idea of having a global trade referee to keep everyone in line and ensure that the trade rulebook is kept up to date is immensely appealing. Unfortunately, the WTO has not been able to adequately play this role and has been relegated to the sidelines. Does the US still see a useful role for the WTO, and if so, what is it? Mind the hypocrisy. If the US feels entitled to break obsolescent trade rules when it suits its interests, can it criticize others for doing the same?

7. Spell out the operating thesis behind the US’ new approach to trade.

What are the foundational assumptions and strategic calculations that will underlie the conduct of US trade policy and trade relationships? Is the US explicitly renouncing the Clintonian view of free trade and globalization as a bonanza of benefit for the US? If that view is not being scrapped entirely, how is it being recalibrated or adjusted? If the US no longer believes that a deeply integrated and truly global trade system is possible or desirable, then make the case, and lay out an alternative system. If we are headed towards a messy hybrid that is both global in some respects and fragmented into geopolitical blocs in others, greater clarity on the dividing lines will be required.

Whatever this national discussion might produce, it will be better for both the US and its partners if everyone understands the philosophical ground upon which the new US approach to trade will be built and the vision it is hoping to achieve. Today, that is sorely lacking. The ambiguity only serves to heighten the risks. 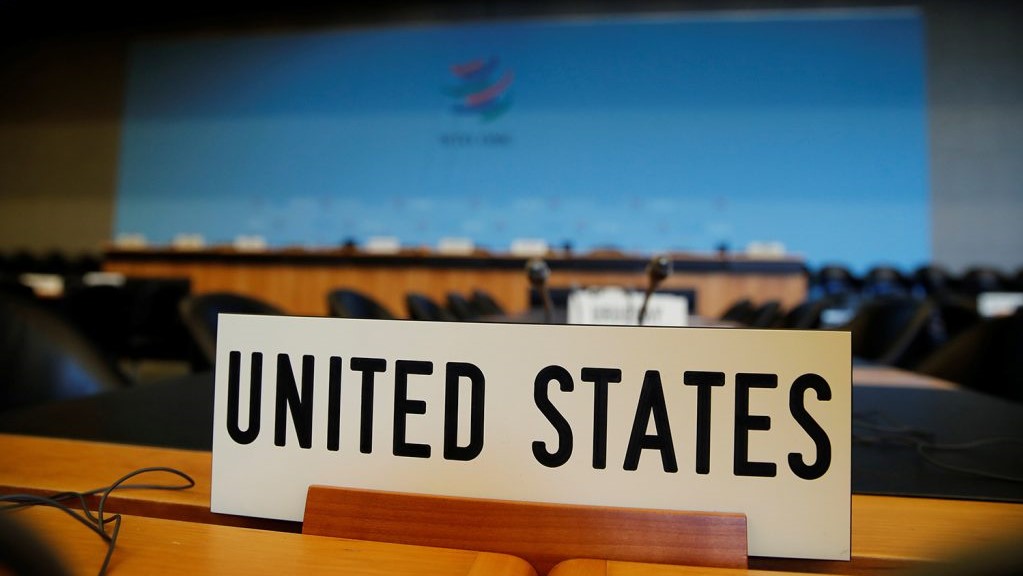