On 4 February 2020, the US Administration added currency undervaluation to its existing criteria for the initiation of countervailing duty investigations, opening the door to the potential application of punitive tariffs on countries that manipulate their currency.

These measures, coming at a time when international trade and investment are becoming increasingly weaponized, have caused consternation within the multinational business community. However, they can be thought of as “push-back” against the Chinese Party-State’s efforts to achieve economic suzerainty over other nations – specifically leveraging its monetary policy — while itself maintaining a non-market economic model.

China’s monetary policy has not only influenced trade and investment growth in China, it has had global economic implications. To understand how, this article examines the linkages between trade, investment, currency and exchange rates.

The article also explains why investors and businesses engaged with China should expect a broadening in the scope of measures used to combat Chinese mercantilist policies, and why the US-China relationship is likely to become more “managed” at best, with the potential for more significant policies of disentanglement. It outlines the implications for global value chains and risks related to buying RMB assets.

Back in the 1990s China was very much an emerging economy and the RMB itself suffered from a lack of credibility. The country had just USD27bn of foreign exchange reserves, accounted for just 4% of global GDP and just 2% of global trade. Per capita GDP was less than USD400. Yet, as a resource deficient country, with a dearth of technology and an expanding population, imports were always going to be a necessary part of economic development. These imports would have to be paid for with US dollars: China’s own citizens, let alone foreigners, were reluctant to use RMB and to this day there is still a strong desire, constrained by capital controls and draconian laws, to swap on-shore RMB for off-shore US dollars.

The challenge for China then, was how to make the RMB an acceptable means of payment at home, and longer term, abroad. Faith in the country’s currency would increase seigniorage (the difference between the cost of producing a bank note and the purchasing power of the bank note) and national control over the economy. Shorter term, imports needed to be paid for. The solution to the last issue was an export drive and the adoption of mercantilist policies designed to maximize exports and restrict imports, which had the effect of producing large current account surpluses.

These current account surpluses, coupled with foreign investment in China, produced strong demand for the RMB. Capital controls prevented private holders of RMB from selling to meet the demand, and therefore prevented currency appreciation. The central bank (the PBOC), which sets China’s monetary policy, intervened in the exchange rate to keep it low and competitive, thus perpetuating the undervaluation of the Chinese currency and current account surpluses.

China’s foreign exchange reserves accumulated by the central bank through exchange rate intervention served two purposes. Firstly, they formed the lion’s share of China’s monetary base and so China’s money supply growth became synonymous with foreign reserves growth. Secondly, they lent credibility to the RMB as a means of exchange and store of value as the RMB became increasingly “dollar-backed”.

Under these conditions, excessive money supply would ordinarily have created inflation in the face of a fixed nominal exchange rate. However, this was prevented by prioritizing investment over consumption, with rapid capital formation resulting in a huge quantity of under-utilized economic resources in China.

The GFC: An opportunity to run an independent China monetary policy

The Global Financial Crisis resulted in all the major economic blocs running unorthodox monetary policy. This benign back drop presented the PBOC with the opportunity to run an independent China monetary policy – one free from the constraints of foreign reserve accumulation. It was also a necessity as China’s deteriorating economic fundamentals and slower reserve growth (and then falling reserves) meant that, had they stuck to the pre-existing model, the economy would have experienced a monetary deflation which in turn could have presented a challenge to Communist Party rule.

The size of the monetary expansion that China has undertaken post-crisis to keep economic growth alive in the face of deteriorating capital output ratios, together with the fall in reserves, means that the RMB’s dollar backing has fallen back to about 10% from a high of 25% in 2008. This has coincided with China’s efforts to internationalize the RMB and the “going out” philosophy of internationalizing the activities of China’s state-owned enterprises of which the Belt and Road Initiative became a part. The conundrum is that without dollar backing, the tendency for capital flight is increased, requiring more draconian capital controls. Such controls, however, are an obstacle to internationalizing the RMB. So, China needs more US dollars.

China has introduced two policies aimed at increasing the dollar inflows and enhancing the utility of the RMB to promote its internationalization: 1) the opening up of Chinese capital markets to foreign investors and 2) the digitalization of the RMB.

Foreign investors currently own about USD500bn or 3% of Chinese financial assets (stocks and bonds). A rise in this ownership level to 10% would produce about USD1.2 trillion of dollar inflows. The rise of passive investing means that benchmark inclusion would help facilitate this aim and so China is keen to influence benchmark providers to include Chinese bonds and shares in global benchmarks. Passive money would follow into Chinese assets in order to track the benchmark.

The digitalization of the RMB is aimed at increasing the utility of the currency particularly for settling trade transactions. The uptake in part will depend on confidence in the currency and the exchange rate which in turn would be enhanced by greater holdings of dollars. Perversely therefore it appears that the next phase in China’s “National Rejuvenation” may require holding considerably more dollars.

In some ways Xi Jinping has achieved the unimaginable by producing bipartisan consensus in Washington that there cannot be a return to the ex ante status quo of the US relationship with China. There is, however, no consensus on where America goes from here. The questions for debate now appear to be more around the appropriate level of government interference in determining private sector engagement with China. Is it, for example, a legitimate role of the US government to restrict American investor access to shares traded on Chinese stock exchanges? Should American companies have the right to pass intellectual property to Chinese counterparts in return for market access if that IP has been in part funded by US tax payers? Should US academics who receive US government grants be allowed to work part time for Chinese universities or companies?

While these micro questions are important, the bigger questions are what sort of economic relationship with China is compatible with US national interests and what sort of constraints on US citizens are acceptable to achieve such a relationship?  At what point would the adoption of such policies turn America into the very creature against which it is supposed to be pushing back? While there will undoubtedly be costs associated with a policy of disentanglement, and it might be the case that they are too high to justify, is now the opportune moment to allow American financial institutions to buy a trillion dollars or more of Chinese financial assets? Perhaps not.

More challenges ahead for business

With the impending digitalization and internationalization of the RMB, now would seem a good time to debate the role of the US dollar as a global reserve currency, its benefits and costs. Whichever direction the economic relationship between the US and China takes – disentanglement or greater symmetry – the ex ante status quo of two years ago is unlikely to return. Business engaged with China needs to be aware of, and prepare for, the likelihood of further change. 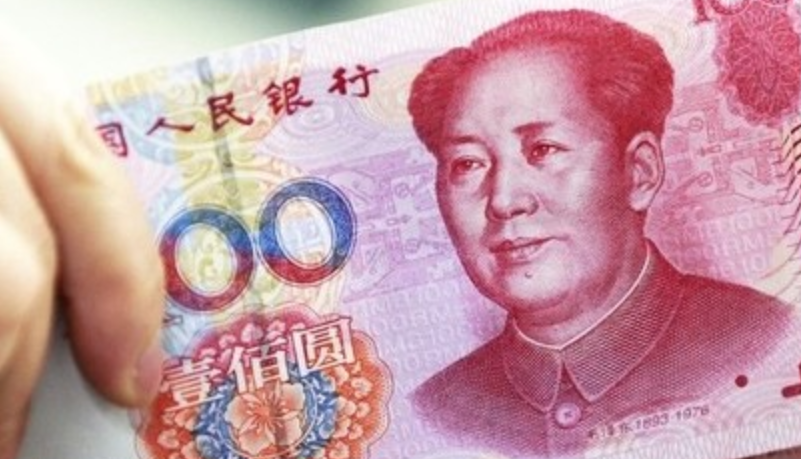