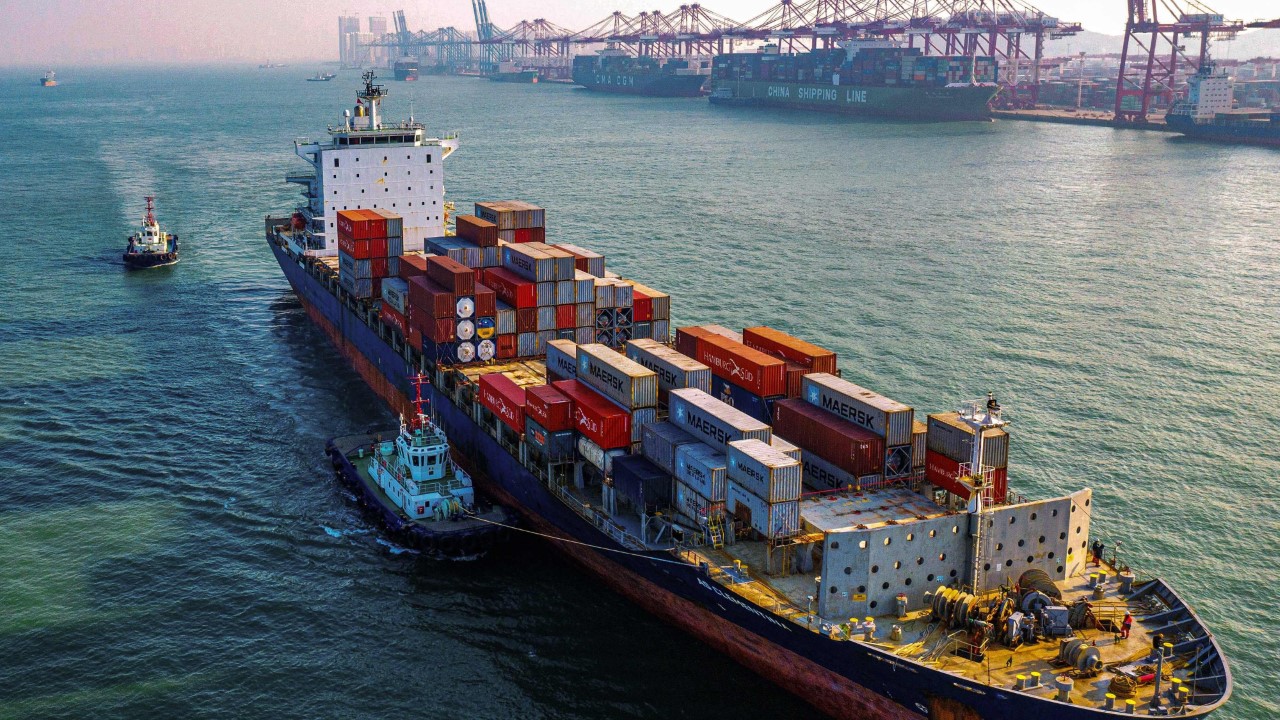 Policy makers are currently in a conundrum over how best to engage economically with China. Underlying much of the debate is the assumption that China is a huge and rapidly growing market. While that has historically been true, the falling import intensity of China’s economic growth suggests a more limited market than foreign exporters assume.

China’s economy has grown rapidly since its WTO accession in 2001, compounding at 14% per year in nominal USD terms, the measure that is perhaps most relevant to trade and investment flows. While Purchasing Power Parity (PPP) adjustments have their uses, for example in measuring poverty, trade and investment are transacted at market exchange rates and therefore GDP at market exchange rates is the most pertinent measure of potential. At US$14.3 trillion in 2019 (the last pre-COVID 19 year), China was still about 33% behind the United States at US$21.4 trillion (1).

One remarkable feature of China’s ascent has been the bifurcation in the structure of growth on either side of the Global Financial Crisis. At the time of China’s accession to WTO, trade in goods and services was just 38% of GDP but rose dramatically to 65% of GDP by 2006. Since then, it has declined back to 36% of GDP, making China more autarkical now than it was prior to WTO accession. As this ratio implies, both export and import growth have lagged GDP growth substantially post 2006.

In the five years running up to accession to WTO, China’s imports grew at a 12% compound annual growth rate (CAGR). In the first five years following accession, they grew at a 26% CAGR, but in the last five years through to 2019, they have grown at just a 2% CAGR in nominal dollar terms. This dramatic slowdown in import growth has taken place despite a rapid rise in China’s real effective exchange rate, which all else being equal, one would expect to stimulate Chinese demand for foreign made goods. Five possible or partial explanations for this trend are:

1) A substantial part of China’s import demand was for re-export. It consisted of components and raw materials for processing. As export growth has slowed, so too has import growth.

2) China’s industrial policy has been aimed at import substitution: increasing the proportion of domestic value-added in exports, and self-sufficiency in higher end products that were previously imported.

3) Many American and European multinational companies (MNCs) that previously entertained ambitions to export to China have instead invested inside China adopting a “made in China for sale in China” model driven in part by the high non-tariff barriers they face to accessing the China market from abroad. This means the value-added takes place in China, the jobs are in China, and the MNCs take the profits through the income account of the balance of payments, instead of through the trade account. With the profit, of course, comes the operational risk of doing business in China.

4) The China market is perhaps not growing as fast in aggregate as the headline numbers suggest, with GDP growth potentially having been exaggerated.

5) The China market remains a “hard nut to crack” for both cultural and policy reasons (high tariff and non-tariff barriers).

The combined impact of these factors is that the import intensity of China’s growth has declined remarkably over the past decade or so. In the five years running up to WTO accession the US$475 billion dollars of GDP expansion was accompanied by US$106 billion of import growth (a ratio of 22%). Import intensity peaked in 2004 at 45%. In sharp contrast, China’s economy expanded by US$3,867 billion in the five years to 2019, and yet imports grew by just US$235 billion, an import intensity of just 6%. There are at least two other factors for policy makers to consider in accessing the attractiveness and potential of China as an export destination: the structure of its imports and the likely future growth of GDP (and hence the potential for expansion even if import intensity remains low.)

At US$2.5 trillion, China is the second largest importer of goods and services after the United States at US$3.1 trillion. However, in accessing a country’s ability to access the market, it is important to note two factors. A considerable portion of China’s imports remain for use in the processing trade. In 2020, using customs data, this accounted for just over 20% of merchandized imports or US$400 billion. A country or company is either geared into the global value chain (GVC) or not, and breaking in is difficult. Japan, Korea, and Taiwan are the major players in supplying components for processing in China. Furthermore, this GVC business is potentially vulnerable to geo-economic attempts to relocate manufacturing, at least at the margin, away from China. Secondly, a large proportion of Chinese imports are essential inputs into the domestic economy that China is lacking at home: high quality iron ore and hydrocarbons, for example. These minerals accounted for a further US$450 billion of China’s imports in 2020. Again, a potential exporter to China is either blessed with a surplus of food, ores, and oil or not. Australia, Brazil, and Angola have all done well out of this trade.

For those countries not intrinsically intertwined in the North Asian value chain and not blessed with an excess of ores and oil, the export opportunity set is therefore much reduced – closer to US$1.6 trillion rather than US$2.5 trillion. These imports might be thought of as consisting of “retained discretionary imports.”

The future of China’s GDP growth trajectory is, of course, unknown. However, it is evident from the demographic structure of China, that over the next twenty years, China’s working-age population will shrink by about 15%-20%. It is also possible that, given the very high level of current overall participation in the work force, an aging population will require some workers to drop-out to look after elderly family members. Demographics therefore pose a sever challenge to future growth as the absolute level of employment will shrink considerably. In addition, China’s capital stock has grown at a faster pace than

the economy, and China’s capital stock growth is now slowing from a bloated level. A slower rate of capital formation and a shrinking work force suggest that in the absence of a big improvement in total factor productivity, China’s economic growth will become very pedestrian in the coming years: 2% real growth may well be a good outcome. Furthermore, with a real effective exchange rate that has appreciated 94% since January 1994, nominal dollar growth may be even lower than the real growth.

Policy makers are currently in a conundrum over how best to engage economically with China. Underlying much of the debate is the assumption that China is a huge and rapidly growing market. While that has historically been true, the reality of the export opportunity for most countries is far smaller than the headlines suggest, and the future growth prospects are by no means assured. Lower future growth and low import intensity should perhaps moderate policy makers’ enthusiasm for compromising on issues of national security and values when trying to arrive at a suitable policy for economic engagement with China.

(1) All economic data comes from the World Bank open database. 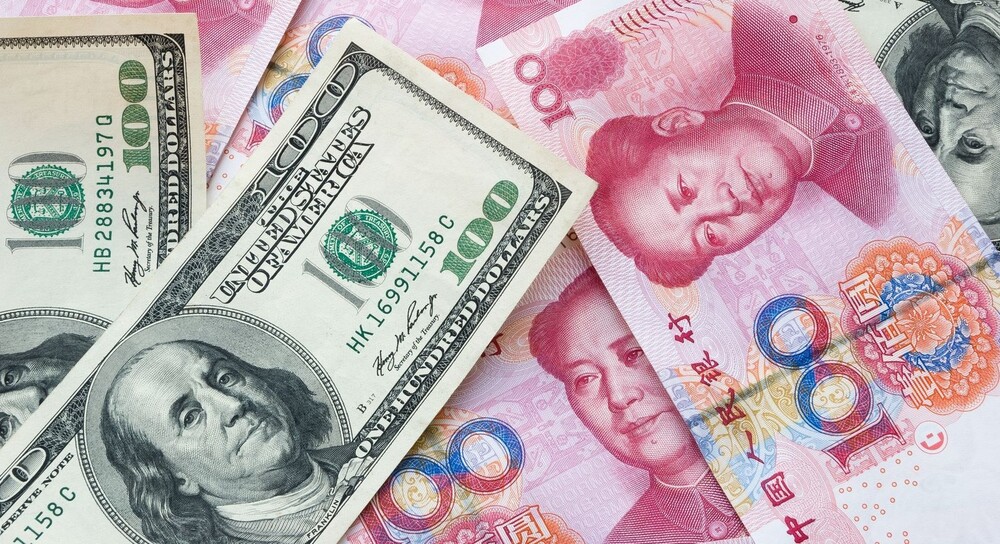