The Ukraine war vividly underscores the vulnerability of fossil fuel importers to geopolitical machinations. In the long run, due to viable alternatives to fossil fuels and the imperatives of climate change, the use of oil and gas as strategic leverage is demonstrably self-defeating.

The ongoing atrocities in Ukraine are dramatically reshaping our view of the stable post-Cold-war world. At the same time, they are also profoundly reshaping other areas of international relations, including national and international climate and energy policy.

The impacts in this space are not straightforward. There are also important distinctions between what happens in the short term and what happens in the long term. They all stem from sanctions banning the import of Russian oil and the EU’s drive to wean itself off Russian gas. They then end up circling back to the geopolitics that represent the ultimate starting point.

Crude oil prices were already spiking before the Russian invasion – a result of low investment in upstream supply, and higher than expected demand coming out of the COVID-19 pandemic. That trend has been exacerbated by the expectation that some countries – such as Germany, the Netherlands and the US – would include import bans as part of their sanctions packages against Russia. Of the 7.2 million barrels Russia exports per day – a global high – 4.8 million head to countries that support sanctions, though not all have implemented oil import bans.[1]

Of the countries not supporting sanctions, China is by far the biggest current buyer. India has the largest capacity to replace other imports with Russian oil, but the US is applying pressure to prevent this possibility.[2]

In the short term, the result will be higher global oil prices, with attendant balance of payments problems for net importers, and gains to exporters (including Russia).[3] There is some capacity to ramp up production in Saudi Arabia, and to a lesser extent the United Arab Emirates and the US. But OPEC seems content to profit from higher prices for now, and volatility-scarred US producers are hesitant to invest in increased production.

The result is record profits in a sector that until recently was in deep crisis, and the incongruity of calls from climate champions like US President Joe Biden for oil production to increase.[4]

The war has also impacted global trade in natural gas, which runs by pipelines, and liquefied natural gas (LNG), which is chilled, pressurized and shipped. The EU imports almost half of its natural gas by pipeline from Russia, using it for residential heating, electricity generation, and for fuel and feedstock in heavy industry like steel, chemicals, and fertilizers (see Figure 1). Ten member states rely on Russian imports for at least 75% of natural gas imports.[5] That dependence creates economic and political leverage for Russia and was probably responsible for the EU’s initial reluctance to heavily sanction Moscow’s actions.

That reluctance has now been replaced by a concerted drive to phase out dependence on Russian gas well before 2030. Such ambitions require a multi-pronged approach. First, increase sourcing of LNG from exporters like the US. Second, double the storage of natural gas levels in advance of winter. And third, accelerate a dynamic that was already envisioned under the EU Green Deal: transitioning away from fossil fuels in favour of renewable electricity, green hydrogen, biomethane, and energy efficiency. In the ambitious “RePower EU” plan, public investment and regulation aim to reduce gas demand by the equivalent of two-thirds of Russian imports by the end of 2022.[6]

All of this is bad news for price-sensitive Asian importers of LNG, and for investors in Asian LNG re-gasification import facilities due to come online in the next few years.[7] They will now face buying competition in global markets from the EU, which used to act more as a market-balancing buyer. LNG supply is largely constrained by the need for highly capital-intensive export facilities, and more cannot be quickly added.

In the short term, it may also be bad news from a climate perspective. With natural gas prices soaring, incremental renewable energy capacity additions in the EU and elsewhere are replacing costly gas-fired facilities rather than the relatively “dirtier” coal-fired facilities.[8]

The long-term impacts for climate change, however, are likely positive. Within the EU, an accelerated rush to the goals of the EU Green Deal translates into significant and timely cuts in emissions. Globally, the EU’s actions may have spillover effects that echo Germany’s mass subsidization of solar PV back in the 2000s, which played a key role in driving down global prices to transformative levels.[9] RePower EU, for example, aims to deploy 10 million heat pumps in the next five years, a commitment that will lead to significant economies of scale and learning-by-doing for a technology that is the main contender to replace natural gas as a residential and industrial heat source.

Moreover, though they may be short-term, the high prices for oil and gas and increased price volatility provide increased impetus for policymakers, producers, investors, and consumers worldwide to accelerate the ongoing phase-out of fossil fuels in generating electricity, residential and industrial heat, industrial feedstocks, and transportation.

There may be negative impacts too. Price spikes for natural gas will likely lead to investment in new infrastructure for the export and import of LNG, which would lock in infrastructure that is dependent on fossil fuel for decades. While natural gas enjoys a good reputation as the cleanest fossil fuel, recent research shows that its full climate impacts have been vastly underestimated when all methane emissions are counted.[10] Meanwhile, LNG is even more GHG-intensive than natural gas, given the highly energy-intensive processes needed for export, transport, and import.[11]

The accelerated energy transition will involve trade in green materials and technologies, which will ramp up even as trade in fossil fuels and conventional technologies declines. But unlike imports of oil and gas, imports of goods like solar panels and heat pumps have the effect of reducing further imports, at least for the lifetime of the goods. They permanently displace imports of fossil fuels formerly needed to generate electricity and heat.

The Ukraine war has elevated the objective of energy security within climate policy, vividly underscoring the vulnerability of fossil fuel importers to geopolitical machinations. In the long run, in the face of viable alternatives to fossil fuels and the imperatives of climate change, the use of oil and gas as strategic leverage is demonstrably self-defeating. The leverage between Russia and the EU, for example, seems likely to disappear by the end of this decade.

That specific case is consistent with a broader reality: the future to which climate change impels us and to which the energy transition takes us is less politically volatile. Oil, gas and coal are the lifeblood of the modern economy and their attendant byproducts have a long lifespan of continuous usage. Thus protecting trusted sources and ensuring their ongoing supply have been the object of over half a century of fraught foreign policy. Severing those dependencies simplifies international relations.

Similarly, fossil fuels have historically enabled egregious behaviour by states in which high resource rents have given rise to autocrats and kleptocrats – and granted them the ability to ignore international norms. The Russian invasion of Ukraine is only the most recent example of this dynamic. A world not powered by fossil fuels would dispel this variation of the resource curse.

Skeptics argue that the substitution of “electro states” for “petro-states” will only substitute one crew of bad actors for another.[12] This misses a vital distinction. While there are legitimate concerns about states controlling global markets for the ingredients of a green future – rare earths, lithium, cobalt, and so on – the most extreme leverage they might exert would be export bans. Such bans might impair industrial vitality but would not deprive the economy of its life blood and threaten to leave citizens freezing in the dark. Any materials they previously shipped would be working away regardless, providing power for transport, industry, heating, in flows that cannot be embargoed.

It seems callous to dispassionately assess the positive and negative impacts of the horror that is war. That said, unmitigated climate change represents a different sort of humanitarian crisis. While the short-run effects of the war in Ukraine will be disruptive to climate and energy policy, and may even work against climate objectives, in the long run the impacts are likely to accelerate the energy transition to a world where such conflicts will be less likely.

Aaron Cosbey is a development economist with 30 years’ experience in the law and economics of sustainable development, particularly in the areas of trade and investment, with current work in the areas of mining, climate change, and green industrial policy. 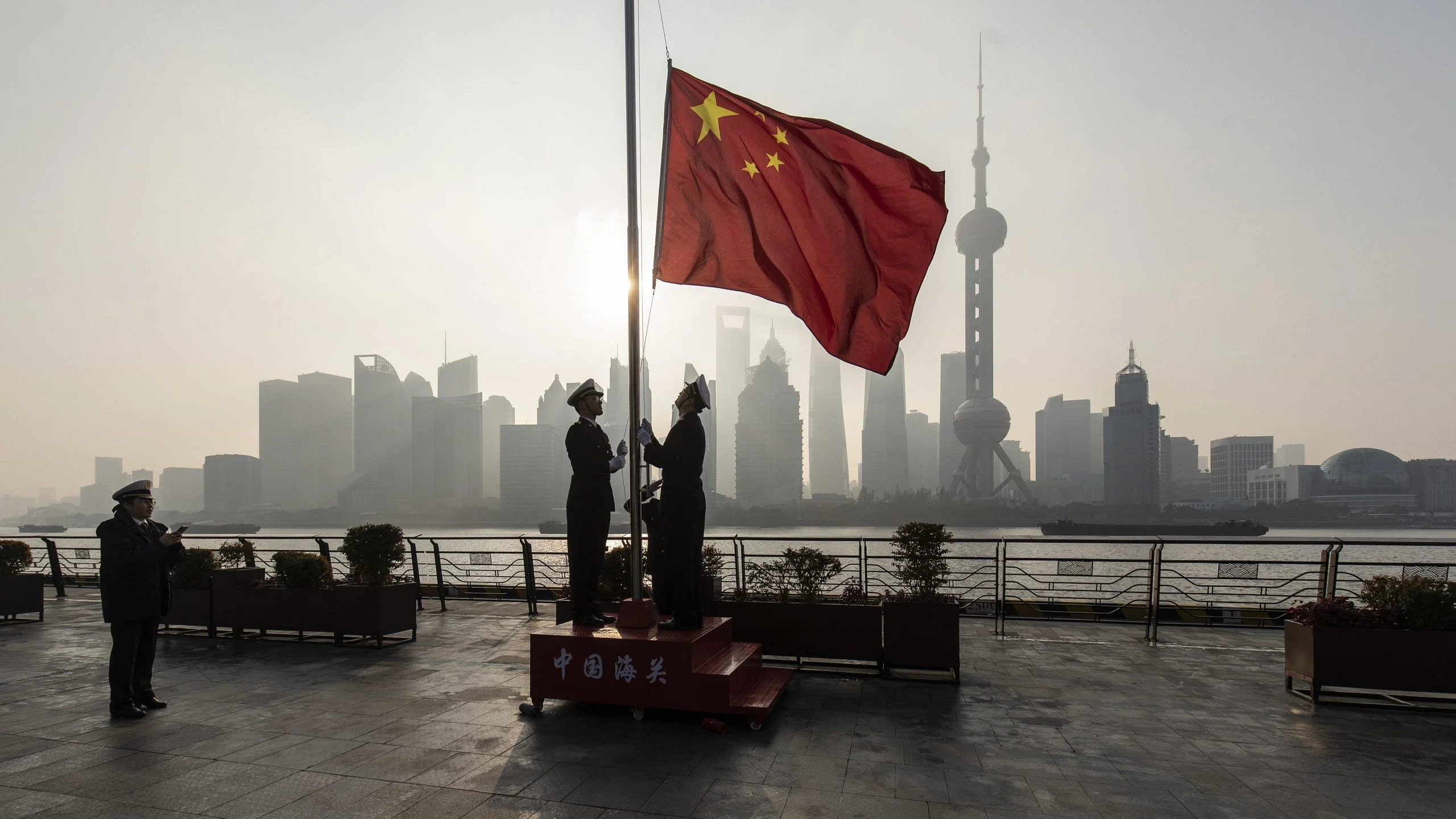 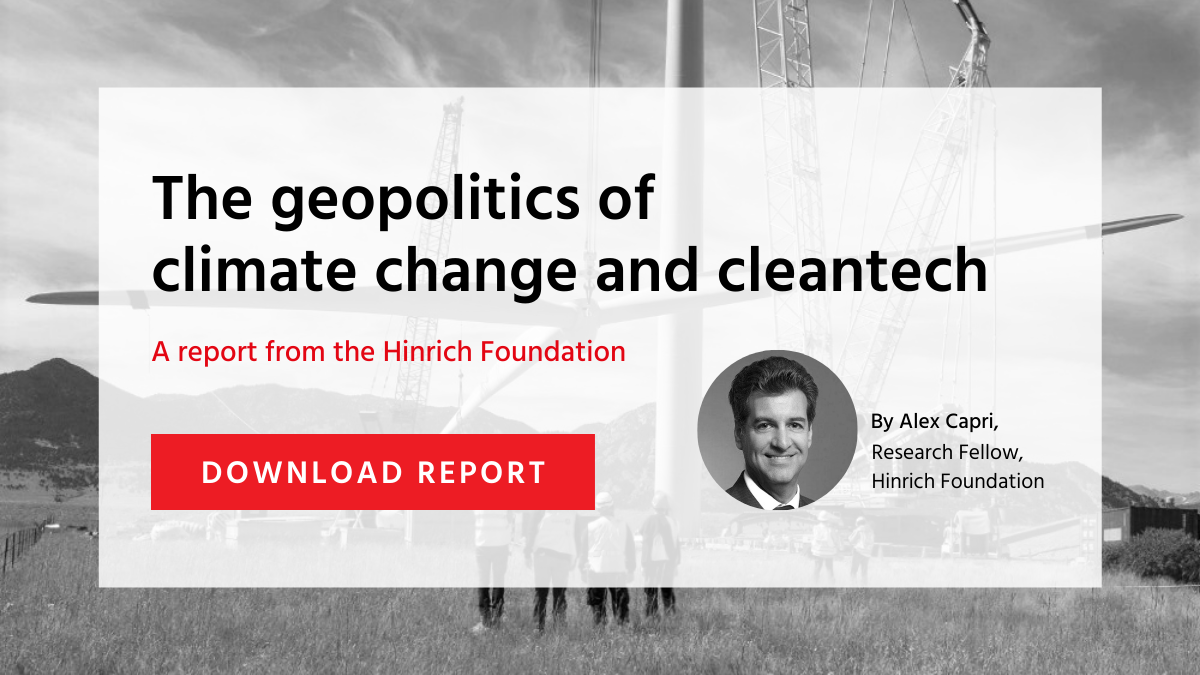