To respond to China’s recent coercive trade practices, calls are being made to create a “NATO for trade” – a reference to the North Atlantic Treaty Organization. While this radical proposal would arguably do more harm than good, it should focus our attention on more effective strategies to protect the global trade system against geopolitical risks.

Geopolitical rivalries have re-emerged in the 21st century and international trade is a key battleground. Trade coercion is one of the most prominent, and most worrying, expressions of this trend.

Trade coercion involves the application of arbitrary trade measures – such as quota, anti-dumping and/or sanitary barriers – with the deliberate intent of economically harming a partner. It differs from garden variety protectionism, in that the objective is not to protect local industry. Instead, the goal is to impose punishment as part of a broader political dispute. Trade coercion is a serious threat to the integrity of the rules-based trading system, as it flagrantly breaches the non-discrimination and most-favoured-nation principles of the World Trade Organization (WTO).

The ‘grey-zone’ nature of trade coercion makes it difficult to precisely quantify the practice. Few governments admit their tariffs are politically motivated, let alone breach WTO rules. However, coercive trade practices are becoming more common, and are being driven by some of the global economy’s largest actors. China’s behaviour has attracted the most attention. In the last decade, it has deployed coercive trade restrictions against eight countries during diplomatic disputes (see figure 1). China was not alone, however. The Trump Administration widely engaged in the practice: invoking ‘Section 232’ national security provisions to impose tariffs on several partners [1]; and threatening both Japan [2] and Korea [3] with tariffs to force the negotiation of trade balancing deals. Japan’s removal of Korea from its export controls whitelist in 2019 is similarly understood to be motivated by diplomatic rather than trade administration considerations [4]. Coercive trade policies are a vexing problem. They breach core non-discrimination principles of the WTO, impose serious economic harm upon the targets, and undermine the integrity of rules-based approaches to managing trade relations. However, existing dispute resolution processes are not fit-for-purpose when dealing with trade coercion and give aggressors wide latitude to deploy the tactic.

At a global level, dispute resolution mechanisms are simply too slow. Officially, the duration of a WTO dispute process should take 9 to 12 months [5]. Realistically, the process can consume two to four years – or longer.[6] That’s a timeframe that does not deter trade coercion. By the time a WTO Panel finally issues a ruling, the political objectives of the aggressor have already been achieved.

This challenge is compounded by the WTO dispute process, described by many as non-functioning at best. Due to repeated US appointment vetoes, the Appellate Body has not had the numbers to hear new cases since December 2019 [7]. This has allowed countries to escape WTO discipline through the so-called “appeal into the void”. Appeals against adverse findings are automatically lodged and henceforth permanently languishes without resolution. In 2020, five governments – India, the US, the EU, Saudi Arabia, Indonesia, and Korea – have made use of the “appeal into the void” strategy [8]. Until the Appellate Body is restored, an aggressor can easily exploit this gap to escape WTO discipline for acts of trade coercion.

A NATO for trade to the rescue?

In this context, a new mechanism has emerged – colloquially labelled as “NATO for trade”. Such a configuration has been proposed to respond to the trade coercion challenge. The name is a deliberate reference to the ‘collective defence’ provisions of the NATO treaty and reflects its origins as a western idea specifically aimed at deterring Chinese behaviour.

While the proposal remains embryonic, its core premise is the need for a collective defence mechanism that can rapidly respond to instances of trade coercion. A group of likeminded countries would form an agreement to defend each other. If any of its members were subject to politically motivated trade barriers the group would collectively and promptly respond to the aggressor.

For example, if China applied spurious anti-dumping duties to Australian farm exports as a diplomatic punishment – as it did repeatedly in 2020 [9] – the bloc would collectively respond in kind with retaliatory tariffs.

In principle, a mechanism like this could help address the problem of trade coercion in several ways. It could

In practice, however, it is a western proposal, aimed squarely – if not solely – at China.

Consider the proposal’s trajectory. The idea originated in Washington policy circles during the latter half of 2020, in response to China’s campaign of trade coercion against Australia that began in May that year. Several think tank experts – largely drawn from the strategic and defence circles rather than the trade policy community – penned essays arguing in favour of the proposal [10]. Its putative members exclusively comprise liberal democracies with deteriorating relations with China, including the US, UK, Japan, Australia, and EU member states.

No governments have yet to officially endorse the proposal. But informal discussions regarding collective means to counter Chinese economic coercion are mounting, most prominently at the G7 Summit in June this year [11]. It remains to be seen if these discussions will proceed and lead to more concrete proposals.

The perils of trade vigilantism?

To be clear, a NATO for trade is an extremely radical way to address the problem of trade coercion. Fundamentally, it amounts to a system of extrajudicial “trade vigilantism”, under which a small number of self-appointed western countries takes the dispensation of justice into their own hands. Any actions by the group would be in clear breach of both the spirit and law of the WTO, and, if challenged through a formal WTO dispute, would be found non-compliant [12].

More broadly, it would mark an existential threat to the integrity of a global rules-based trade system. The defection of a group of western countries to form their own remedies bloc would mark the end of political consensus behind longstanding norms and agreements over the settlement of trade disputes. China would justifiably protest that it was being unfairly targeted, and could rightly point to US hypocrisy given similar practices by the Trump Administration. Other countries would swiftly lose confidence in the WTO disputes process and the integrity of the global trade system.

Is such a development likely to come to fruition? Beyond the question of whether defecting from the WTO is appropriate, the creation of a NATO for trade also faces formidable organisational hurdles:

Credible answers have yet to emerge. It remains to be seen whether they even exist. The practical implementation of a Trade NATO is a long untravelled road.

The NATO for trade proposal is a bad answer to a good question. Coercive trade practices are clearly becoming more common. The inability of existing mechanisms to respond in a timely and effective manner is a real problem that undermines the integrity of the global trade system. But equally, vigilante justice dispensed by a self-appointed group of western countries is equally problematic, as it further undermines the rules-based system the proposal seeks to protect.

However, the proposal does have utility in focusing political attention on a serious problem and sparking debate for more responsible solutions. Some of the better responses include:

These steps alone will not end the practice of trade coercion, which originates from the broader geopolitical contests that are emerging today. But they can buttress the rules-based trade system to better manage the problem when it occurs. While a NATO for trade is a poor solution to trade coercion, it can hopefully sharpen political attention on the need for better responses.

Dr. Jeff Wilson is Research Director of the Perth USAsia Centre at the University of Western Australia.

[1] Scott Lincicome and Inu Manak, ‘Protectionism or National Security? The Use and Abuse of Section 232’, Cato Institute, 9 March 2021, https://www.cato.org/policy-analysis/protectionism-or-national-security-use-abuse-section-232

[5] Per Article 20 of the Understanding on Rules and Procedures Governing the Settlement of Disputes, https://www.wto.org/english/docs_e/legal_e/28-dsu_e.htm#20

[7] The Economist, ‘It’s the end of the World Trade Organisation as we know it’, 28 November 2019, https://www.economist.com/finance-and-economics/2019/11/28/its-the-end-of-the-world-trade-organisation-as-we-know-it

[10] Examples include Giles Merritt, ‘The case for an 'economic NATO' to clip provocative China's wings’, Friends of Europe, 20 April 2021; Anthony Vinci, ‘How to Stop China From Imposing Its Values’, The Atlantic, 2 August 2020; Robert Atkinson, ‘China’s reaction to the pandemic shows why the U.S. and its allies need a NATO for trade’, Washington Post, 21 May 2020; South China Morning Post, ‘British, US China hawks call for ‘Nato for trade’ against Beijing’, 28 June 2021.

[12] Per Article 3.7 of the Dispute Settlement Understanding, retaliation against a non-conforming measure is allowed only after non-implementation of a DSB ruling, only with the explicit prior approval of the DSB, and only by the affected party.

[13] Thomas Wright, ‘The US and China finally get real with each other’, Brookings Institution, 22 March 2021, https://www.brookings.edu/blog/order-from-chaos/2021/03/22/the-us-and-china-finally-get-real-with-each-other/

[14] Mark Linscott, ‘For WTO reform, most roads lead to China. But do the solutions lead away?’, Atlantic Council, 17 March 2021, https://www.atlanticcouncil.org/blogs/new-atlanticist/for-wto-reform-most-roads-lead-to-china-but-do-the-solutions-lead-away/

Dr. Jeffrey Wilson is the Director of Research & Economics at the Australian Industry Group. His has expertise in the international economic relations of the Indo-Pacific. Can ‘middle powers’ reset global trade through the CPTPP? 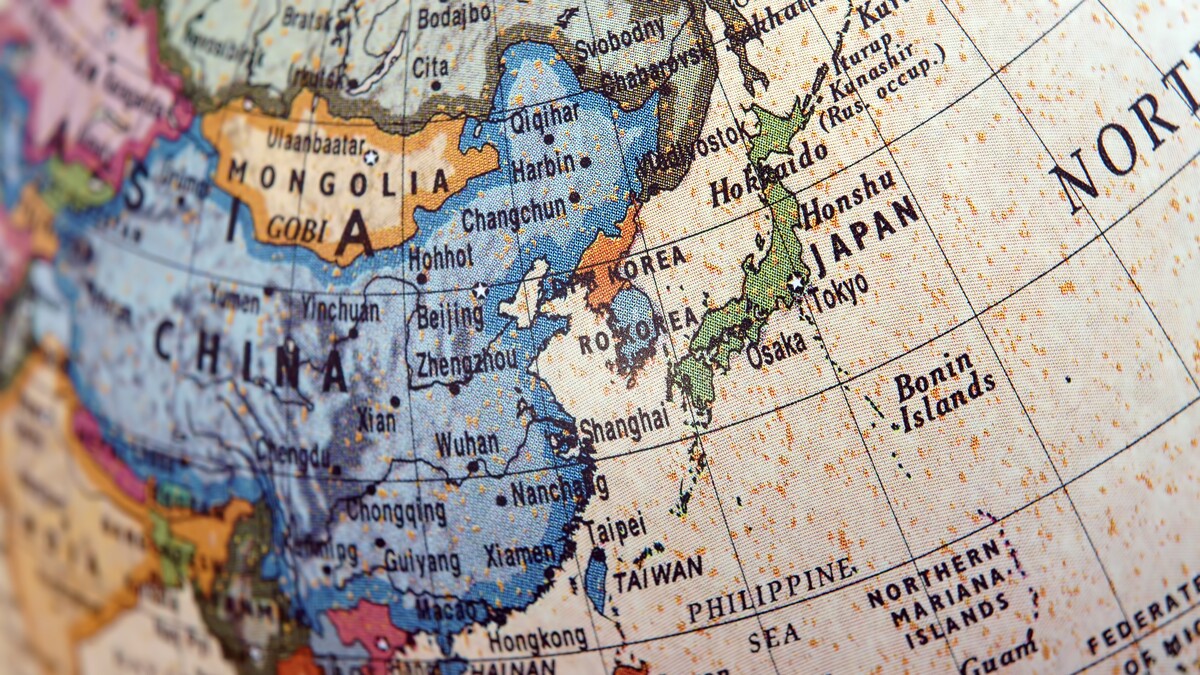