China and the Rise of a Multipolar Economic Order: What Lies Ahead?

The apparent success of China’s mercantilist economic policies is causing a crisis of confidence among market-oriented countries. How is this leading to a seismic shift in the global trading order? How did China leverage on globalization to pursue its goals? Is it too late for countries to disentangle themselves from trade dependency on China? Research Fellow Stewart Paterson discussed these issues with the Association of Foreign Press Correspondents.

China has managed to accumulate significant economic power in just a short period of time, and that has moved the world toward what Stewart Paterson, a Research Fellow at the Hinrich Foundation with more than two decades of experience as an equity researcher, strategist and fund manager, refers to as a “multipolar economic order."

How does China’s rise impact more market-oriented countries? That’s one of the major questions Paterson tackles in “China’s Manufacturing Dominance and the Potential for Weaponization of Trade,” a new paper outlining China’s ascension and the impact on great power rivalry. Perhaps most valuably, Paterson explains what the shift from a unipolar economic order to a multipolar one means for nations threatened by Chinese competition and are wary of a shift in the status quo.

Paterson said that China’s “mercantilism is not compatible with the current global system” and that it has aimed to “normalize” its policies as “an alternative route to economic development.” Those nations that don’t play by the new rules of the game could see negative economic impacts and challenges as a result of their dependence on Chinese trade.

Can you explain the difference between a unipolar and a multipolar world and how China has benefited from the current wave of globalization?

I would describe the unipolar world as existing from the time of the fall of the Berlin Wall (when the Soviet bloc ceased to be a rival to the democratic states) to the global financial crisis in 2008 and 2009. This period was typified by unchallenged U.S. hegemony and globalization under the aegis of multilateral organizations such as the World Trade Organization (WTO).

China has benefited from globalizations through rules-based access to global markets which it has exploited through the development of its manufacturing base; through foreign direct investment (FDI) into the country which has fuelled its export engine, created jobs and improved its economic efficiency; and through technology transfer which has helped drive China up the value chain and away from low end manufacturing towards more advanced levels of technical and technological development.

What would you say is the most significant way China has used its stature to cast doubt on the current system of global trade and organizations like the WTO?

China's mercantilism is not compatible with the current global system: Not every country—by definition—can run perennial current account surpluses. Not every country can rely on others to soak up surplus output. Not every country can run an undervalued exchange rate. By definition, these policies are not universally applicable in any trading system. For every dollar of surplus there must be a dollar of deficit somewhere else. The current system was not designed to regulate against non-market practices on the scale or prevalence that China employs.

As China's economy has grown in importance to the world, it has set out to normalize these mercantilist policies, holding them out to be an alternative route to economic development. While China is far from being alone in adopting such policies, other countries have moved away from them as their economies have developed. China on the other hand appears to be doubling down on them. In doing so they risk breaking a system that has facilitated their economic rise to middle income status.

Despite not having the world's largest economy, it is evident that China remains an economic powerhouse. How has it managed this feat?

China accounts for about 18% of the world’s population and about 18% of the world economy. In per capita terms, China's economic performance is in line with global averages. Its economic power therefore stems from the size of its population. It has of course arrived at this juncture after a prolonged period of rapid growth from a base of sub-average performance. The main drivers of this have been export success driven by FDI, an undervalued exchange rate, low labour costs and low regulatory standards. This has been combined with a highly entrepreneurial private sector orientated towards exports under the direction of state policies aimed at export promotion.

Why has China's economy remained "firmly rooted" in manufacturing?

Under state direction, China has accumulated a significant level of efficiency and skill at manufacturing. Its domestic work force size and the scale of the domestic market deliver economies of scale and state subsidies facilitate market share gains. The relatively closed nature of the domestic market has prevented outsiders from benefiting from those economies of scale and domestic procurement policies that favour local producers have helped embryonic industries become established.

China's policy makers make no secret of their belief that market orientated economies have been weakened by their loss of manufacturing—where productivity gains are most evident—and are determined not to make the same mistake. Hence, industrial policies such as Made In China 2025 remain a core plank of China's economic management.

What are the consequences for countries that seek to disentangle themselves economically from China? Would such a move even be possible at this juncture?

China's market share has been garnered through offering a value proposition in the international market. therefore in the short term at least— until other countries achieve optimal scale—the direct consequence of turning one's back on Chinese made goods is that such countries will have to pay a higher price for them. There are however, few goods that China makes that cannot be made elsewhere. The question is at what price and how to bridge the gap between starting and achieving scale. Such an undertaking, if carried out without cooperation will be very expensive as individual markets will not necessarily support an efficient scale of production. That is why it is important to pursue a multilateral approach.

Journalists in the United States tend to view China through the lens of how its rise will affect the U.S. and by extension other Western nations. How have nations more directly within China's sphere of influence pushed back against its economic goals, if at all?

It is early days and it is hard to say that any policies have achieved much success at present. However, recognition of the trade dependency is perhaps a large part of the solution. Japan and Korea have taken the first steps to diversify away from China in critical areas. In other countries such as Australia, the initial steps towards a downplaying of the bilateral trade relationship were in fact driven by Chinese action.

China's huge contribution to global growth in the past 20 years—China has accounted for about 40% of world growth—has re-enforced a compelling narrative that a country's economic future is intrinsically entwined with China. The current slowdown in China will dent that narrative, potentially leading countries to reassess the degree to which they wish to sacrifice resilience in the pursuit of harmonious relations with China.

How has the current multilateral trade system enabled China's ascension?

China's accession to the WTO in 2001 was a watershed in terms of China's export performance. It is debatable to what degree member states have failed to utilize the WTO's sanctioning capacity to hold China to account or to what degree WTO rules have been shown to be insufficient, but either way, China has been able to use the trading system to achieve great results without adopting market practices.

Should the current multilateral trade system buckle, what lies in store for the international community, including those who might embrace China's position as a hegemonic power as well as those who would push back against it?

It seems likely, and has done for a number of years now, that the world economy is bifurcating along geopolitical and ideological lines. How deep the schism is, in terms of the degree to which the two blocs trade with each other, remains to be seen. Secondary sanctions laws might make it extremely hard for countries to continue to have normal economic relations with both sides of the divide.

Why has the United States' domination of the world order shrunk? What decisions over the last few decades contributed to this erosion?

At the end of World War II, the United States had about a 45% share in global manufacturing. This was always unsustainable. As other more populous countries learned how to better manage their economies and harness incentive structures, and as technology spread through the world, the gap would inevitably narrow.

Market-orientated economies still enjoy per capita incomes four to six times that of more command-orientated economies but in the case of China that gap has closed somewhat. Market economies are not perfect and policy makers failed in the case of the global financial crisis to preempt trouble. In my view (and it's not universally held), monetary policy failed to adapt to reflect the deflationary impact of globalization and to broaden the range of objectives beyond headline consumer price indexes to include things such as financial markets and credit growth and the current account. So in the economic sense, some of the loss of hegemony was inevitable and it has been hastened by the lack of a coherent policy response to the incorporation of a quasi-command economy into the global economic system.

Adapted from the original article by ForeignPress.org. 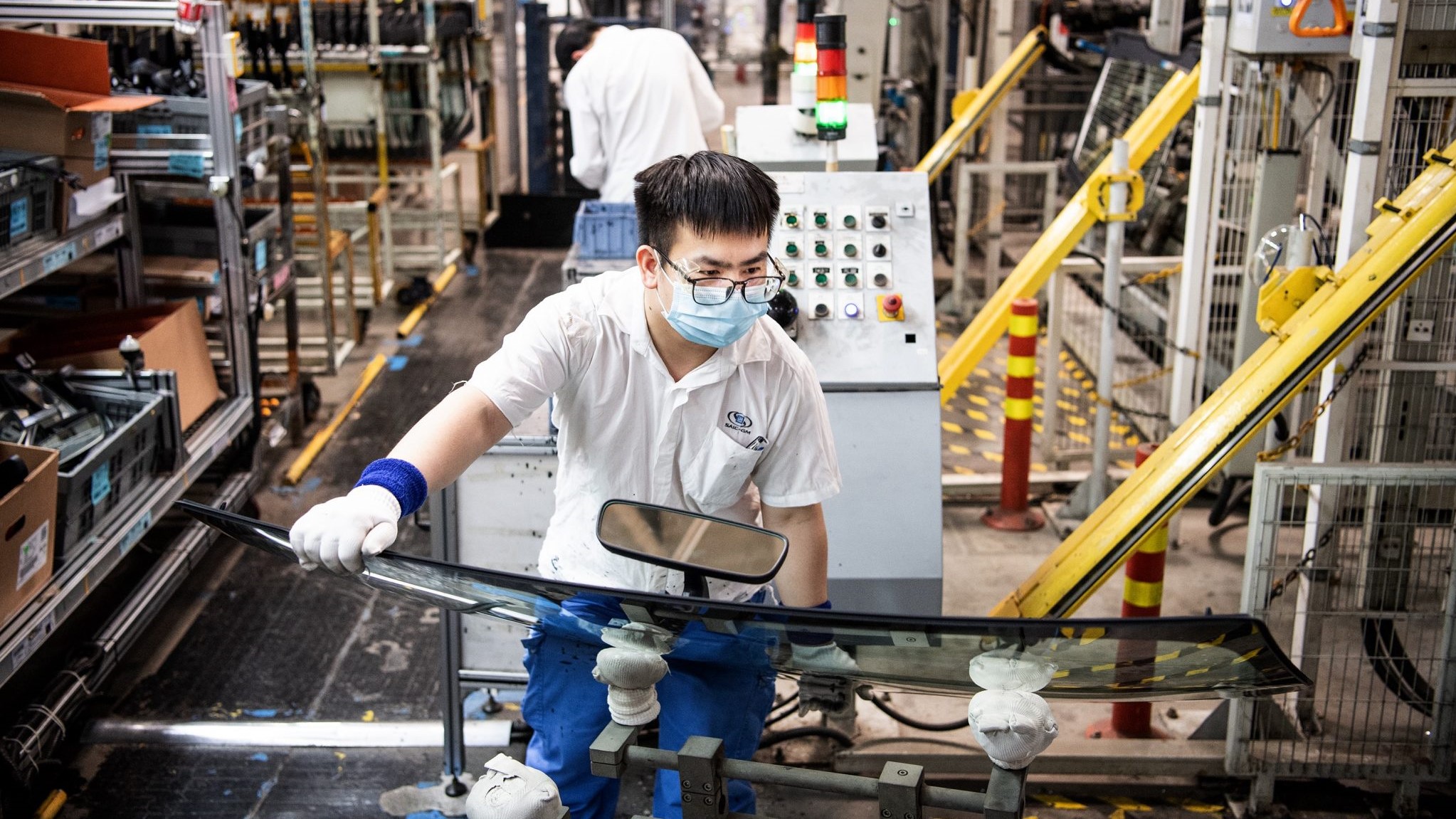