Battling food shortages: India steps up, but in the wrong direction Before India imposed its latest food export bans, Prime Minister Modi promised to "feed the world". Days later, and not for the first time, nationalist sentiment took hold and Modi backflipped, dealing a setback to India's image as a reliable partner and the country’s development opportunities.

In September, India's government announced a new round of export tariffs and bans to address food shortages in the country. The problem is that they will achieve the exact opposite.

The latest round of interdictions isn’t exactly a novelty for the world’s fifth-largest economy. India has a long history of trade protectionism. Even during the early 1990s, when significant liberalizing reforms were introduced, policy makers made sure to put exemptions in place. Indian protectionism has been applied beyond politically sensitive and traditionally protected industries, such as steel.

New Delhi has never fought shy of establishing export bans and duties on food and food-related products, as a tool to lower domestic prices. During the 2006-2008 escalation of global food prices, India implemented a ban on wheat and rice, excluding basmati. The last of the restrictions were lifted only four years later in 2011 – an indication of the difficulty of removing restrictions once they have been implemented.

On September 8 this year, India’s Ministry of Finance announced a new round of export tariffs and bans. The following day, a blanket ban on broken rice exports and a 20% duty on the export of all non-basmati white rice came into effect. Only parboiled and basmati rice are exempt, although other exemptions applied until September 15 where shipping bills had been filed, ships berthed or anchored in Indian ports, or the loading of broken rice started before the announcement.

The hidden cost of 'Make in India'

The intent is to aid domestic consumers. The more likely reality is that these measures represent a tax on farmers, reduce incentives to produce more food, and will increase cost of living pressures on households. They will also undermine India’s ability to pursue an efficient development strategy and weaken its international standing at a time when India is rightly seeking a more prominent role in global affairs.

Prime Minister Narendra Modi’s tenure has been characterized by a rather dramatic ramping up of trade protectionism. In roughly a decade from 2010-2021, there has been an increase in average tariffs and a doubling of the proportion of tariffs over 15%. Such detrimental and sometimes even contradictory trade policies are promoted under the mantle of “self-reliance” and Modi’s “Make in India” policy. But, clearly, protectionism undermines India’s ability to “Make in India” because it increases the costs of imported inputs and reduces international competitiveness. The recent pressure on food prices, caused in large part by the war in Ukraine and poor crop yields because of bad weather, again provoked a protectionist response and prompted India to legislate export restrictions on wheat, wheat flower, and sugar.

The recent round of export restrictions follow the worst rainy season in 122 years in Uttar Pradesh and Jharkhand and poor monsoon rainfall in other rice-producing states, leading to a nearly 5% decrease in the paddy areas under cultivation. Policymakers fear a double whammy involving a domestic rice shortage that drives an increase in rice prices and in turn fuels inflation. The world over, governments and central banks are struggling to tame inflation. India is no exception. But as proponents of the ban have been quick to point out, India is particularly vulnerable to increased food prices because food items constitute more than half of the consumer price index (CPI).

But where export restrictions are ostensibly implemented to ease cost of living pressures for the poor and increase domestic food security, they in reality serve as a tax on farmers and undermine food production and food security.

Any benefits from food-related export bans and tariffs are enjoyed disproportionately by the middle class. Producers, predominantly poor farmers, pay for this middle-class welfare through lower prices for their produce. More than 50% of India’s population is dependent on agriculture with rice and wheat representing the most and fourth most important agricultural products respectively, by value of output. The inability of farmers and their dependents to benefit from higher international prices for their produce will be most damaging for India’s poorest families. 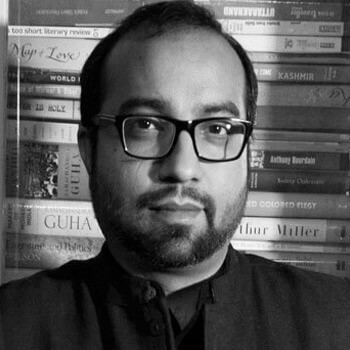 Export bans and export tariffs obscure the true demand for produce and increase information costs and uncertainty for farmers, reducing their willingness to make investments to boost production. At exactly the time when food production should be incentivized, the restrictions lower prices for farmers sending precisely the opposite signal, distorting the natural stabilizing effect that higher prices provide.

This latest round of export bans also further feeds the perception of India as an unreliable trading partner. In the months, weeks and even days before the wheat export bans, Indian officials abroad were encouraging the purchase of Indian wheat, promoting their wheat as an alternative source to Ukraine. Indeed, Modi promised to “feed the world.” But just days later, and not for the first time, nationalist sentiments took hold of Modi and his government, and he backflipped, turning his sights inward and cutting Indian farmers off from lucrative international opportunities.

India’s inconsistencies on trade and the perception this promotes of India as an unreliable partner have serious consequences for the country’s development as well as political standing in the international community. Despite its large population, India will ultimately pay a considerable price for its pursuit of semi-autarkic self-reliance. Not only do the illiberal policies India is implementing to create a comparative advantage across all sectors not come cheap, but India will also forgo the gains from trade related to specialization.

The opportunities for India to participate in global supply chains are ripe for the taking. With its large, young, and low-cost labor supply, India should benefit from the relocation of labor-intensive manufacturing due to increasing labor costs in China. Current geopolitical dynamics create further opportunities for India. A range of agreements, both from outside Asia (such as US President Biden’s Indo-Pacific Economic Framework) and within (such as the Comprehensive and Progressive Agreement for Trans-Pacific Partnership) are being struck to hedge against China’s growing dominance. India should be, as was hoped by members of the agreements, signing on and reaping the benefits of, and adding ballast to, these agreements. Rather, India withdrew from the RCEP in 2019 and has ‘opted out’ of the trade portion of IPEF. India would be wise to take advantage of these opportunities, however small, and integrate further into the global economy. East Asia provides a salient example of the growth that can be achieved by creating and specializing in competitive industries and participating in the global economy through an export-oriented trade policy framework. India’s own growth, after its second reform era in the early 1990s when a swath of liberalizing policies were introduced, provides another example of the benefits of outward looking economic policies. A third era of reform is now necessary.

But inconsistencies between rhetoric and policy, seemingly knee-jerk implementation of trade barriers and the lack of an apparent strategic trade framework – all of which are on full display in this latest round of export bans and export tariffs – will ensure India loses out to competitors such as Vietnam.

India’s rice export tariffs and export bans are the latest in a series of food and food-related export restrictions being implemented globally. Argentina has extended an export ban on beef, Indonesia banned palm oil exports (albeit briefly), China banned agricultural chemical exports, and Malaysia banned chicken exports, to name just a handful among others imposed by more than 35 countries.

Each export restriction increases the international market price paid by other countries. These restrictions cause upward pressure on food prices thereby further pushing governments to restrict exports to offer some relief to domestic consumers. Some reporting goes so far as to suggest that India’s wheat ban, that drove up international prices by close to 6%, by extension contributed to the recent spike in global rice prices, highlighting the danger of compounding reciprocal export bans and restrictions.

The risk of a repeat of the 2006-2008 food crisis, which Harvard University’s Peter Timmer argues was sparked by panic on the part of exporters, importers, and hoarders, is real. World Bank analysis found that 45% of the recent increase in rice prices and 30% of the increase in wheat prices were a direct result of protectionist policies.

The Group of Seven (G7) developed economies has been active in trying to address the current food crisis, launching the Global Alliance for Food Security and promising US$4.5 billion towards the effort. But in addition to the G7 being too small, a grouping and broader buy-in, particularly from the world’s largest developing countries, is necessary to counter the rise in protectionist policies. As president of the Group of 20 (G20) summit in November, Indonesia has deftly included food security as a priority, presenting a valuable window of opportunity to achieve international agreement on phasing out export restrictions. But any agreement will need to go beyond the one-off Bali meeting and beyond Indonesia’s G20 presidency. Taking over from Indonesia as G20 president next year, India’s trade policies will be in the spotlight. The international community will be looking for leadership befitting the world’s largest democracy. Progress during its presidency will require India to have its own house in order and to have re-established itself as a trustworthy trading partner.

The root causes of the food crisis – the war in Ukraine, climate change, and protectionism – can only be overcome with international cooperation. India’s self-interest and the interests of the global economy are aligned. India should eschew its inward-looking, protectionist tendencies, and pursue an economic policy of greater integration and a foreign policy of active participation in international fora. The rice export ban and export tariffs are a step in the wrong direction.

Charlie Barnes is on the editorial staff at East Asia Forum. He is the 2022 New Colombo Plan Indonesia Fellow. 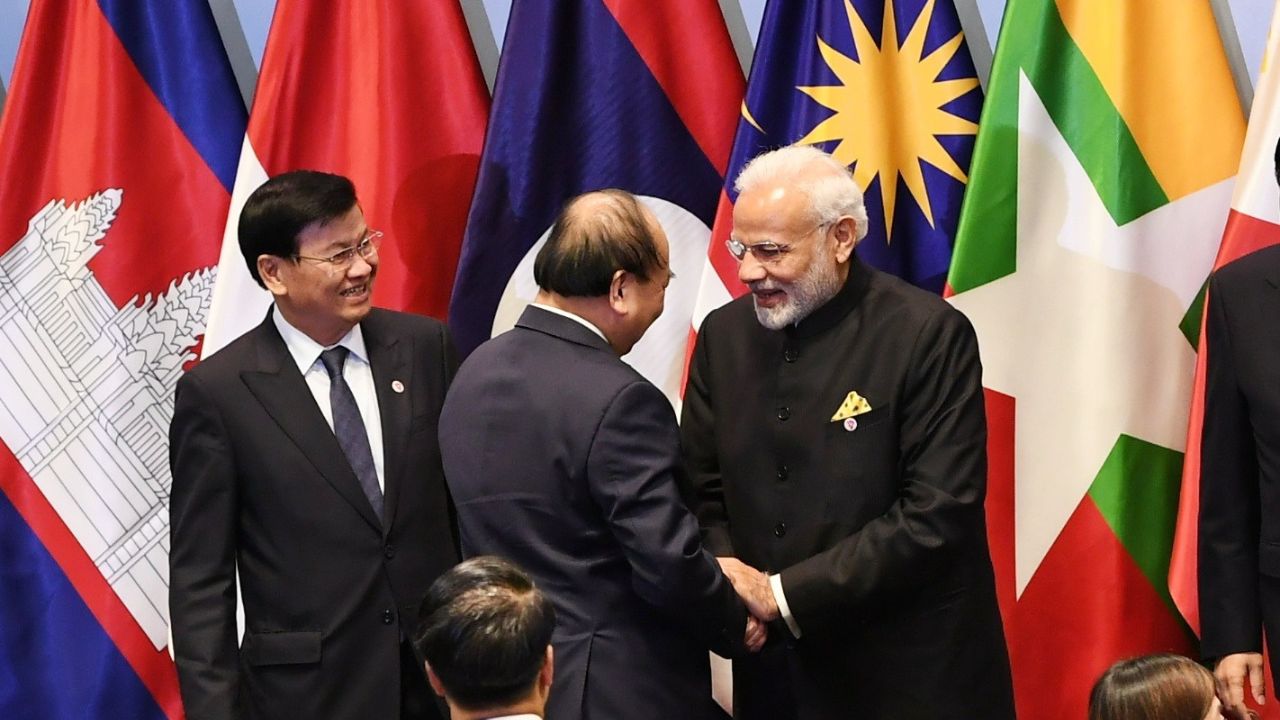 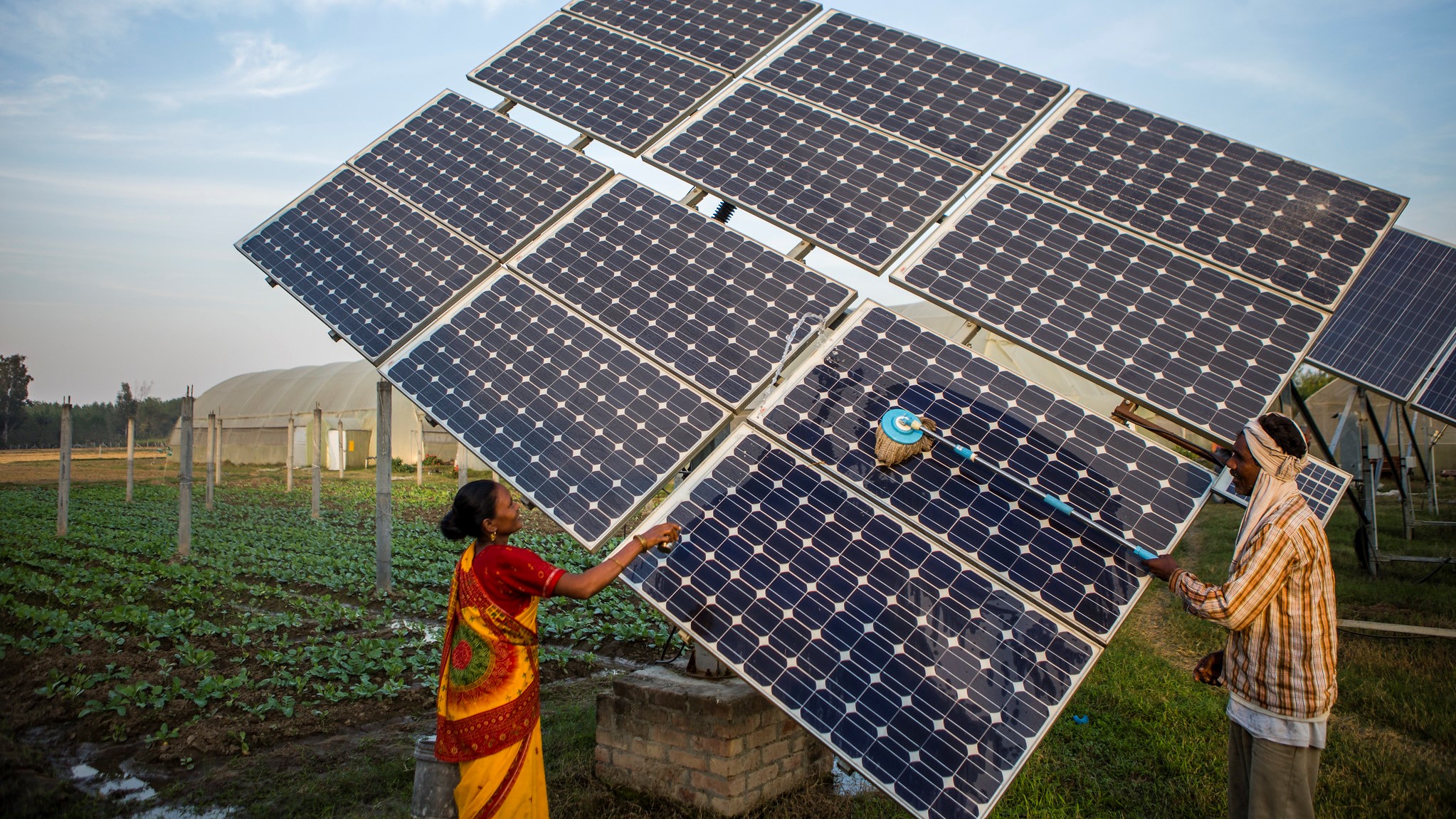