Trade policy under the Trump administration — four issues to consider This article was originally published in the China Development Institute (CDI).

What authority does President Trump actually have to implement his trade agenda? Who are the key people on the Trump trade team and what is their perspective on international trade? How should we interpret several recent policy developments? What are some of the most likely potential scenarios moving forward?

As a candidate and in the early days of his administration, President Trump made a number of very provocative policy pronouncements about what he would like to do in the area of international trade. This raises the obvious question: does he actually have the authority to do the things that he is talking about? The short answer is: yes, he does.

The US Constitution provides authority to manage international trade to the US Congress. However, over the years the US Congress has delegated a significant amount of authority back to the president. Section 301 of the Trade Act of 1974 gives the president the authority to take retaliatory action, such as tariffs, if he determines that US commercial interests are being damaged by unfair or discriminatory trade practices from foreign countries.

Although President Trump doesn’t have unlimited power when it comes to international trade, he does have very substantial power to implement most— if not all— of what he has talked about on his trade agenda.

Wilbur Ross is a very successful private equity investor with a lot of experience in China and very clear-cut viewpoints on China. During his Senate confirmation hearings, Ross expressed the viewpoint that China is the most protectionist large country in the world and believes that the United States should only open its borders to those countries that “play by the rules”.

Robert Lighthizer is the well-qualified nominee with real government experience for US Trade Representative. From a philosophical point of view, he feels that the United States has outdated, over-idealized notions of free trade while the rest of the world isn’t playing by the same rules. He certainly advocates a more aggressive stance on China.

Peter Navarro serves as the head of the National Trade Council—a newly created position in the White House. Navarro is most famous, or infamous, for a book and subsequent documentary titled “Death by China”, which does not provide a favorable look at China’s trade policies. He also advocates a much tougher, aggressive trade stance vis-a-vis China.

Gary Cohn is the head of the National Economic Council.  He holds more traditional pro-free trade viewpoints, and has proven to be surprisingly influential in the Trump White House. He can be expected to attempt to moderate some of the harder-line trade stances taken by his colleagues.

President Trump has recently signed a number of Executive Orders (EO) related to international trade. These EOs call for a tighter enforcement of AD/CVD cases, a review of countries with large trade surpluses with the US, an investigation into steel imports, and a review of Buy America provisions in trade agreements. The main themes from the trade policy agenda submitted this year by the Trump Administration are: a seeming willingness to disregard WTO rulings, stricter enforcement of trade laws, and a greater use of leverage in negotiating trade agreements.

One of the first scenarios from the Trump administration is a much different approach to trade agreements. Under the Obama administration and in most administrations in the past 30 years, geostrategic considerations have played a very high role in the conduct of US trade policy. Case and point is the Trans-Pacific Partnership (TPP). This will change under the Trump administration. Geostrategic considerations will be significantly downgraded and perhaps even thrown out the window. Trade policy and trade agreements will now be conducted on the basis of whether they meet the following three criteria: they increase US growth rates, reduce the US trade deficit and strengthen the US manufacturing sector. The focus will be on economics. The Trump administration is also likely to put their emphasis on bilateral negotiations rather than multilateral or regional agreements for the reasons of greater degree of leverage and higher common denominator approach in bilateral negotiations.

The second potential scenario from the Trump administration is a more aggressive push back against perceived unfair trade practices. The first is an increase in antidumping and countervailing duties cases filed against trading partners. The second is levying punitive tariffs during the course of trades. The third is considering currency manipulation as an unfair export subsidy which would further result in the imposition of tariffs. Finally, the Committee on Foreign Investment in the United States (CFIUS) already has pieces of draft legislation circulating around Capitol Hill that would toughen the enforcement and monitoring of investments moving into the United States.

For the third potential scenario, it is extremely likely that there will be a renegotiation of the North American Free Trade Agreement (NAFTA). Some of the most likely issues to be negotiated include, first and foremost, tighter rules of origin under the Trump administration. Considering that government procurement provisions in NAFTA circumscribe the ability of governments to give preferences to domestic suppliers. Thus, the Trump administration will likely be looking to weaken the government procurement provisions in NAFTA so it has more latitude to implement “Buy American, Hire American” policies. The other area is wages, Wage issues, along with broader labor and environmental issues are likely to come up in a renegotiation of NAFTA.

Renegotiating NAFTA is actually a very healthy exercise. The NAFTA agreement is 23-years-old, so it makes sense to review what works well, what doesn’t work well, and see if there are things to improve or update. The likelihood is that the three countries will be able to agree to a very reasonable set of adjustments that result in an improved NAFTA moving forward.

The fourth potential scenario centers on US-China relations. While volatility is certainly not a foregone conclusion, it is a possibility. If China and the US have trade conflicts, what are some of the tools China has in its toolbox to strike back against the United States?

The other tool that China has to respond with would be using its regulatory regime to tighten the screws on US businesses doing business in China. The anti-monopoly law could be used, particularly in the areas of pharmaceuticals, smart manufacturing, and medical devices.

Another thing that the Chinese government can do is to use its influence in the economy—through state-owned enterprises—to change purchasing decisions. For example, a number of very expensive airplane orders that previously would have gone to Boeing could now go to Airbus.

The final item, depending on what action the US takes, is the Chinese government could be on firm ground to raise dispute settlements in the WTO. Of course, each case would need to be decided on its own merits, but that is a possibility.

Trade policy under the Trump administration is going to diverge very sharply from a number of the fundamental principles that has guided US trade policy for 30 years. At this point, it is entirely premature to speculate what the results of this new approach to trade will be. But for whatever it is worth, keep your seatbelts fastened because we could be hitting a period of turbulence. 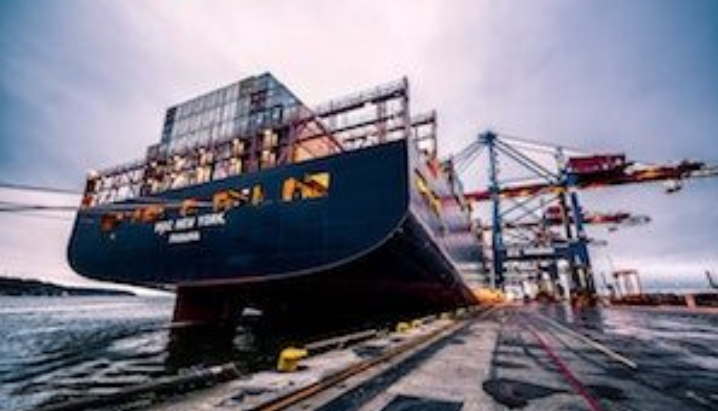