By helping to create ‘National Single Window’ (NSW) systems for countries around the world, Jonathan Koh has been enabling greater trade for decades. Part the Hinrich Foundation's 'Future of Trade' series, we recently interviewed Koh to discuss the progress of NSWs and the prospects of digital trade agreements such as the Digital Economy Partnership Agreement (DEPA) between Chile, New Zealand, and Singapore.

Q: You have been supporting governments to build National Single Windows systems. Can you elaborate on the progress?

The single-window system is a trade facilitation concept which governments provide that allow traders to apply or submit trade information to a “single facility” that connects to all the trade regulatory agencies – to obtain the necessary permits and approvals to complete their import or export processes.

Singapore was one of the first – arguably the first – to implement a nation-wide Single Window system back in 1989, dubbed TradeNet.

The term “Single Window” (SW) was actually coined much later, when the United Nations Centre for Trade Facilitation and Electronic Business (UN/CEFACT) published their Recommendation Number 33 back in 2005. That was the Recommendation and Guidelines Establishing a Single Window.

TradeNet facilitates a paperless environment and enables greater efficiency for traders. This was evidenced by the good ranking of Singapore in various international trade-related indicators, such as the World Bank’s Logistics Performance Index and its Doing Business report, in particular the Trading across border sub-indicator.

The Single Window concept gained much more traction after 2005. A 2016 survey by the World Customs Organization reported that some 70 countries globally had implemented either a full or partial form Single Window system.

I have been involved in the Single Window efforts of over twenty countries, in one way or another. One memorable project was the Kenya Single Window, which I took part in since the inception. They had a project team called the Port Community System, which then was upgraded to be a Single Project. Dubbed as Kenya TradeNet, the project was launched by the President of Kenya in 2014, and the event was graced by five other heads of states. Today, Kenya TradeNet is thriving and plays a significant role in trade facilitation. It serves as a model for other countries in East Africa.

Figure 1 – Before and after TradeNet implementation

Q: Why is digital trade facilitation so important?

Let’s break the term. Digital trade can mean various things. Does it mean making processes, documents, information digital and transmissible in a legally recognised manner? Or does digital trade mean trade of digital goods, such as software, music, or streaming movies?

Let’s discuss only the former. Since time immemorial, the paperwork in international trade has been extremely daunting.

Trade digitisation clearly has massive benefits. It enables dealing with cross border trades to be easier with less paperwork, faster, and less costly.

With technology like the internet and electronic data interchange (EDI), it become a boon to enable digital trade. That’s why the idea of the Single Window has become so popular.

More recently, with the advent of blockchain and other technologies, the financiers and the technologists are going ga-ga over the potential of trade financing. But that is only possible when trade documents become digitised.

Q: Countries switched to electronic documents during lockdowns, but many are reportedly going back to paper. How do you change this mindset that paper is better?

The ASEAN Single Window provides electronic certificate of origin (eCO) to be exchanged and recognised between ASEAN member states. This means that the receiving country will receive the eCO. However, some ASEAN countries still require the importer to submit the paper CO to accompany their consignment.

During the pandemic, under special directives, these countries allowed the goods to clear based on the eCO, but still require “late submission” of the paper CO thereafter. So, the mindset of completely relying on electronic documents has not changed – it has yet to arrive. Q: The DEPA allows electronic documents and encourages interoperability in e-invoicing and e-payments. This is surely a positive development?

The DEPA and Digital Economy Agreements (DEA) are a step in the right direction. They establish digital trade rules to foster digital economy collaboration between parties involved.

However, the rules agreed by the parties in the DEPA need to be in step and harmonised in the international context, for example, the United Nations Commission on International Trade Law (UNCITRAL)’s Model Law on Electronic Transferable Records, on Electronic Commerce, etcetera.

If not, my concern is that the DEPA or DEA are establishing rules that are not standardised or harmonised.

Take, for example, the UNCITRAL Model Law on Electronic Commerce adopted way back in 1998. Only 77 states have legislation based on or influenced by this Model Law.

The UNCITRAL Model Law on Electronic Transferable Records (MLETR) adopted by the UN in 2017 enables the legal use of electronic transferable records both domestically and across borders. But only two countries have ratified it: Bahrain and Singapore.

It is very important that the DEPA or DEA include elements of MLETR, so that at least the parties involved can facilitate digital trade thru the DEPA and DEA but based on UN Model laws such as MLETR. Otherwise, we will have a digital Tower of Babel. Trilateral talks on the Digital Economy Partnership Agreement (DEPA) between Singapore, New Zealand and Chile were launched on May 18, 2019.

Q: The DEPA encourages a lot of collaboration in data governance and has modules called “Wider Trust Environment.” Given consumers’ concerns about privacy infringement, perhaps the DEPA serves as a confidence building exercise?

Yes, it encourages the building of “trust”.  But I am waiting to see these enacted and deployed for wider use. There have been some proof of concepts or trials under the DEPA. The verdict is still out as to whether these will translate to pervasive usage.

I am aware of some “trust” building trials being done by Singapore. But these are mainly more beneficial to larger corporations such as multinational firms.

If you take a closer look, none or very few of these efforts are focused to help micro and small businesses. That’s something that the authorities should pay more attention to, and not just provide lip service. 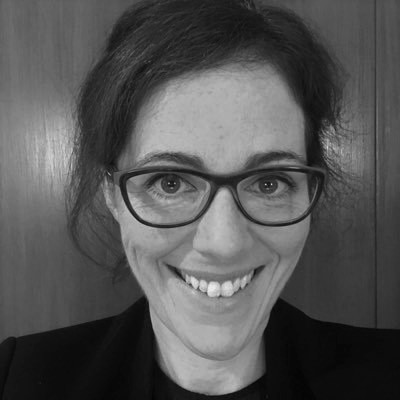 Q: The DEPA aims to have a demonstration effect for other countries. Do you agree?

It is too early to tell. They are starting with only a few parties. How would the DEPA between Singapore, Chile, and New Zealand have a demonstration effect and in what manner? I have not witnessed it yet.

It might be better to bring elements of the DEA in broader agreements such as the RCEP, the ATIGA (ASEAN Trade in Goods Agreement), and the CPTPP.

Q: What do you want to see in a digital trade agreement?

I have a long wish list, so I will mention just three.

Firstly, as mentioned, any DEA can and should leverage internationally harmonised trade laws such as the MLETR. This would enable recognition of electronic transferable records, albeit in a limited way, within the digital economy agreements. That said, Chile, New Zealand, and Australia have not ratified the MLETR.

Second, the use of other international trade standards, such as standards issued by the United Nations Centre for Trade Facilitation and Electronic Business. (UN/CEFACT), should be enacted in the DEPA. These standards have many benefits, among them their facilitation for harmonising and standardising electronic data exchanges.

Third, there should be more in the DEPA to encourage and benefit small businesses who need DEPA more than big multinational firms. We have seen that digitalisation is one way to cater for a more level playing field and provide SMEs greater market access at a lower cost. To a certain extent, the DEPA and similar agreements can facilitate this.

For more information on the following, please visit their webpages: