Time to agree, not disagree: Imperative of reforming the WTO’s Appellate Body In his opening remarks, moderator Pradeep S. Mehta, the Secretary General of CUTS International, noted that attempts to resolve the crisis and resurrect the AB has not been accompanied by adequate political will or action. He emphasized that a two-tiered dispute settlement mechanism with an AB at its centre is essential for predictability and security in international trade, which are core objectives of the WTO.

Anders Ahnlid, Director-General of Sweden's National Board of Trade, observed that a two-tiered WTO dispute settlement system is particularly important for developing countries. He traced the origins and development of the dispute settlement mechanism from the General Agreement on Tariffs and Trade (GATT) era to the WTO system, and noted that going back to the GATT years, with its form of dispute settlement which allowed losing parties to block adoption of the Panel report, is not an option. However, the WTO members must be willing to acknowledge the concerns raised by the US, in order for the US to come to the table and negotiate a way forward. He concluded by saying that, as the dispute settlement system had worked for the EU, the bloc was not dissatisfied with the system and broadly supported reform proposals.

Researcher Juliana Peixoto Batista from the Latin American Social Sciences Institute (FLACSO) in Argentina noted that the WTO and its dispute settlement mechanism had become victims of their own success. She noted that the architecture of the WTO was designed at a unique moment in history, which will be difficult to replicate ever again. She argued that a legalistic approach could only play a limited role in solving what was essentially a political crisis. She observed that middle powers can play an important role in the discussion on AB reforms by identifying legal solutions which are aligned with their political and economic goals.

Stephen Olson, Senior Research Fellow, Hinrich Foundation, said that the root cause of the US discontentment with the AB was that judges were filling in the existing gaps in the legal rules. He also said that the WTO was grappling with pressures from diverse economic systems operating within the organisation. He mentioned that while the election of President Biden had raised hopes that the US may recommit itself to the WTO, such hopes have not been realised yet. The current US administration has remained preoccupied with the pandemic and infrastructure related issues, with limited bandwidth for trade related reforms.

In the discussion and Q&A session that followed, various aspects relating to AB reforms and larger questions around the crisis of multilateralism were discussed. The session closed with a brief vote of thanks by Bipul Chatterjee, Executive Director, CUTS International. 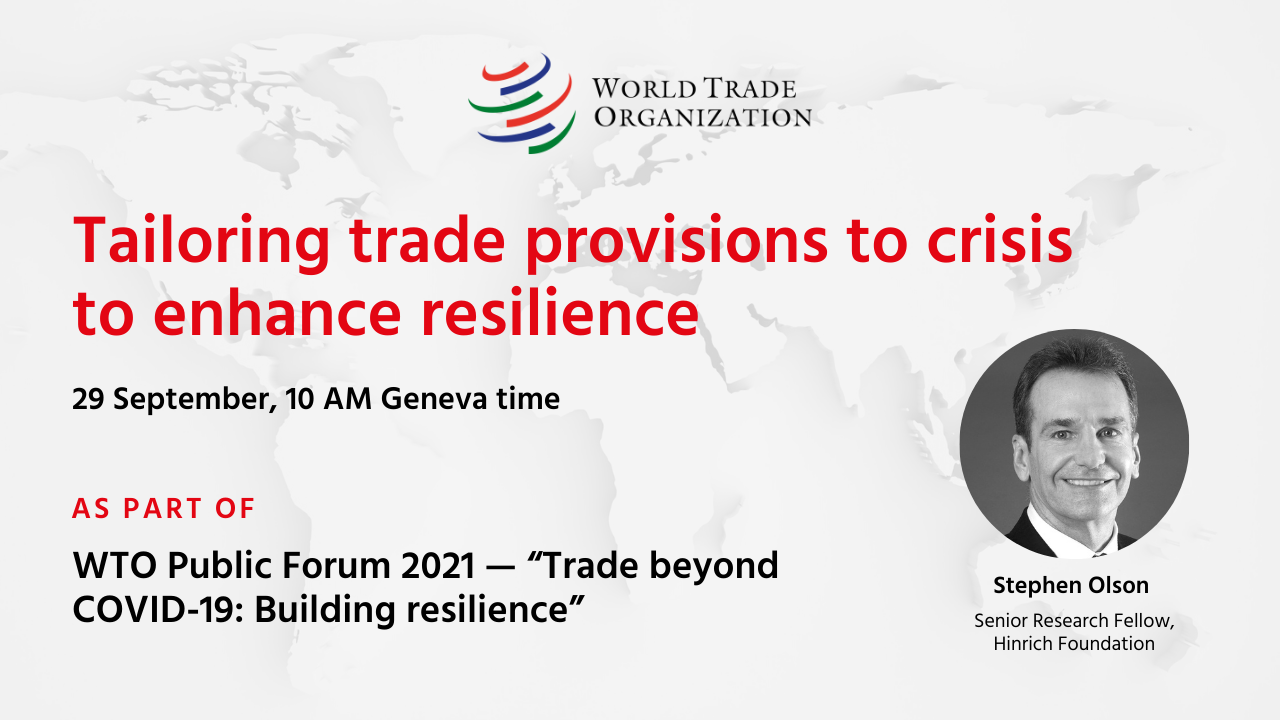